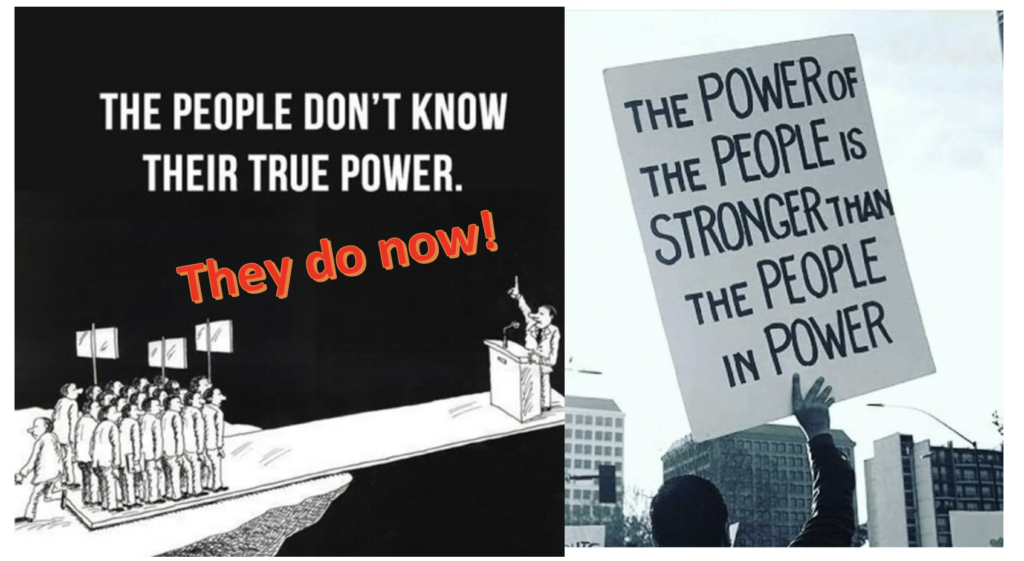 This is the first time in history that Sri Lanka’s citizens have risen to demand its representatives including the President leave office if they cannot lead the nation properly. This has brought the People together & the momentum must be kept in order to pressurize changes. The power of the people is more powerful than the people in power. The surrounding of politicians home has been key to getting the politicians to fast track the changes the people want.

These changes should not require debate & unwanted arguments between Govt & Opposition simply to delay their implementation & pressure must be brought upon the politicians by the people to pass these legislative changes without delays.

We do not need to waste time drafting new constitutions – simply make new amendments to the existing one & remove the controversial clauses in existing & replace it with unambiguous ones as often loopholes & vague insertions allows a field day for lawyers & interpretations will vary from judge to judge. Wherever the constitutional clauses in present constitution are vague – this should be addressed & nullified.