Sri Lanka Post-Election 2020: What are the People’s Demands & Aspirations 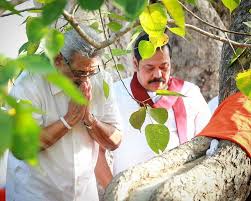 JR, if alive, would be a very happy man. His constitution after 42 years saw a single party win a majority without going on bended knee to minority kingmakers. This victory is special not only because it saw the majority converge again but it also saw some in the minorities take a step forward to integrate and assimilate at election. It was a welcome change & one that can & should be encouraged. With covid-19 not only Sri Lanka but globally, the citizens of the world are undergoing tremendous difficulties. None of these will subside but get worse. We need a peaceful and resilient society to deal with the issues that we will face. We also need to indigenously devise alternatives. Working overseas is temporarily an issue. Out of the box thinking is required to devise avenues for employment at home. We must secure our borders and ensure the health of our citizens matters above all else. Inspite of much odds, knowing that the country needed a powerful government the majority gave a vote that even SLPP did not expect. The trust and powers, the people have delegated, places a powerful obligation to the SLPP Government to honor the commitments & expectations of the voters.That Public Trust cannot be broken. The people expect the Government to be different to that of the previous government.Nothing treacherous or in secret should be ventured into. What differentiates the SLPP leadership from the previous government is the belief that they are no traitors to the Nation like the previous Government. They cannot prove the voters wrong.This places an enormous obligation on the SLPP to deliver what the People demand & desire. 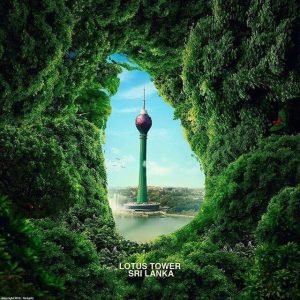 A compassionate society, following the guiding principle of Ahimsa that protects all living beings by passing Animal Welfare Bill and protecting natural environment, fauna & flora with punitive action against violators.

We have as President, the brother of the PM. The PM commanded the troops & brought an end to 30 years of terror. The President has commanded the troops, intel, police & public service to handle covid-19 pandemic magnificently. Both are leaders in their own right & do not hesitate to show leadership when it is needed.

With many external parties attempting to sabotage our progress, derail our development, forcing us to compromise and appease to their whims and fancies, our aspiration is that these two leaders will withstand all pressures and stand up to all these challenges knowing that their defense is us, the Citizens who will protect the leaders who defend the Nation.

Our anger at the previous government was in the light of a series of treacheries against the State and the majority Sinhala Buddhists.

The citizens will protect all leaders who protect & defend the Nation & its People.

The day, leaders forsake that Trust and Duty, the People will reject them too.

Our hope is for all the communities to be allowed to live on their terms and on their rules not that which are written on some foreign paper and to foreign formats. Let everyone not forget under the Sinhale kings who ruled for thousands of years there was no evidence of any majority-minority tiffs or riots. All the problems began after 443 years of foreign occupation as a result of their divide and rule policies which sought to pit one community against the other and divide those communities too.

Inspite of the handful of orchestrated ugly events of the past, we are all in agreement that we continue to work in the same offices, we have fun, we share our food and take part in each other’s festivities, we have our differences but its nothing that needs to be taken to a foreign embassy to complain about or to write to the UN or apply for asylum or even demand a separate state.

If differences of the nature these foreign parties speak of constitutes need for a separation – then even a home & families would be divided in time to come.

This is not the harmony we want or wish for.

Let us create our own harmony & peace together minus any extremisms, racisms or separatisms fed into the minds of the people by external parties.