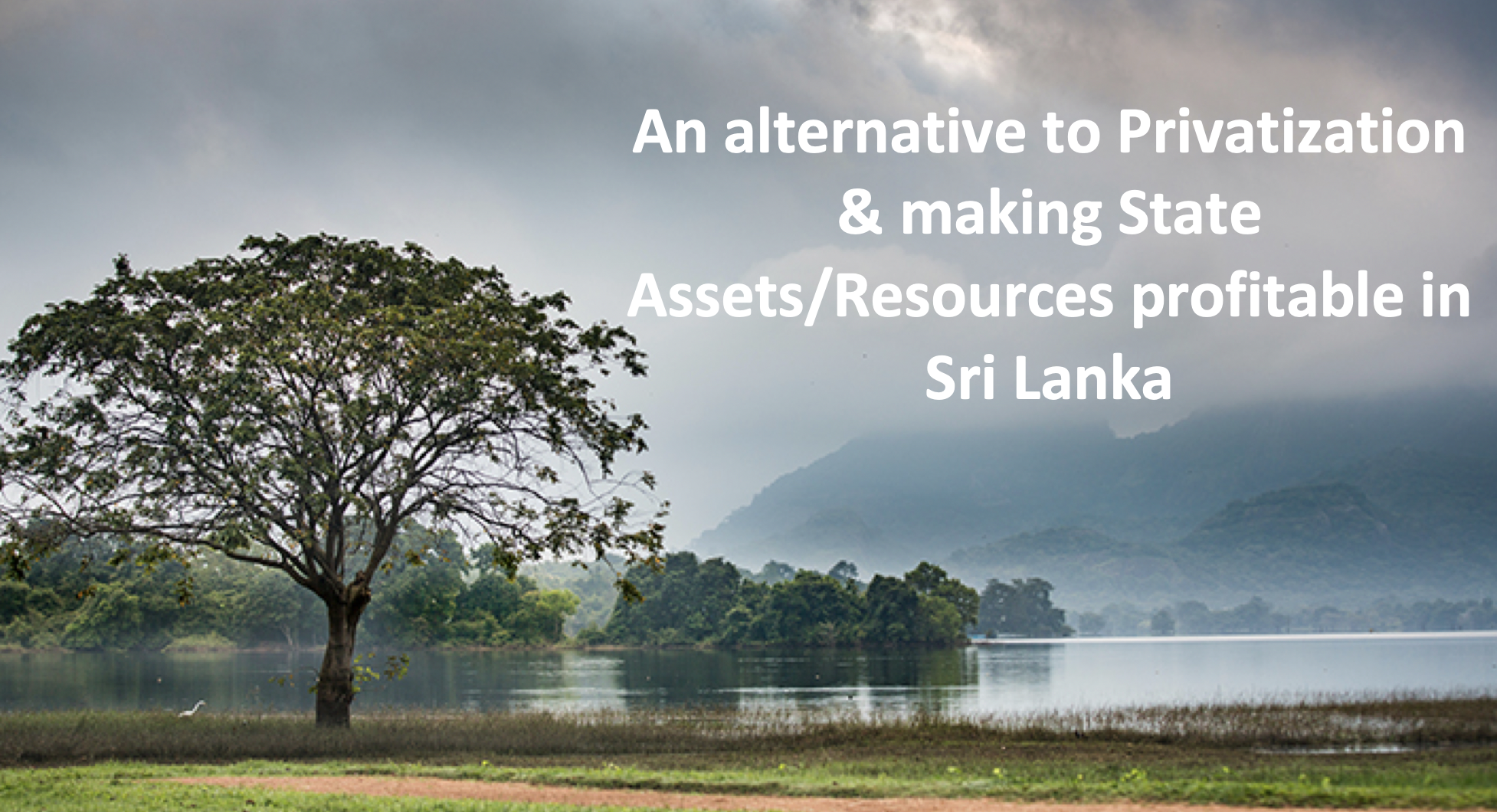 The current reality is: Sri Lanka has a financial problem

Government is given only Temporary Public Trusteeship of the State

The sovereignty of a Nation lies with the People & the People delegate their power to those they elect as their representatives.

Thus, a government is only a temporary guardian/custodian of the People’s assets & resources. This means a government cannot barter the People’s resources/assets willy-nilly without asking the People or presenting a valid reason for doing so. The rationale behind this is that a government is responsible for only the duration of their elected term & if that is so, then they cannot take decisions for anything beyond the term they take responsibility for.

The current situation arises from the loss of trust & faith in what the People expected from their elected governments. Politicians have failed in their duty or have been drawn to fleece the county and to this cycle of corruption businesses & even public officials have joined.

The scale of corruptions & mismanagement ends up a burden on the People. People end up paying taxes which cannot meet the wastage/corruptions. We all agree that the corruptions/wastage must stop or be curbed to a bare minimum.

A country’s wealth or power comes essentially from the economic power it yields from the consolidated powers deriving from food security/energy security/monetary security/internal security/external security etc. The economy is key & priority.

Now we come to the question of how do we address Sri Lanka’s financial crisis.

There are 2 schools of thought offering solutions

Privatization is a very easy and short-sighted answer. Though it may provide an immediate solution, it affords long term problems that are often irreversible & detrimental.

Foreign parties keen to invest overseas do so, not out of any love for us. They are only looking at what they can gain & what is beneficial to them. Unfortunately, they have found it easy to win their wish-lists via commissions to both politicians and officials, invariably denying the necessary non-negotiable clauses to protect the nation’s assets and resources.

If privatization had clauses where no foreign sale of land or resources and limited term for lease & reviewal of agreements – these projects are unlikely to even commence. Beggars can’t be choosers but a beggar may not even have a tree as a shade if everything and anything is agreed, simply to proceed with privatization. This logic is unacceptable.

Many should now seriously look at the impact of privatization instead of parroting privatization because once the sale of state assets/resources/minerals/coasts/air etc commences – Sri Lanka’s government will have no power to take it back & people’s sovereignty would have been usurped from them. These scenarios have occurred to other countries like Haiti & Sri Lankans should not think such an eventuality will not happen to them.

The 2nd option is workable and can easily be rolled out if the right people are given the reigns to turn Sri Lanka around – it will not take even 5 years to reap the benefits.

We are all in agreement that the current manner State entities are run with political interference/political incompetent appointees must stop. Now is the time to pressure the Govt to agree to proposals beneficial to the country.

If sovereignty is inalienable & with the People. The people have a duty to protect the States resources and assets to pass down to the next generation. Siphoning them to privatization violates this trusteeship principle. People means not just this generation but future generations as well. This generation has no moral right to give up resources/assets that belong to future generations too.

We are all in agreement that we need a dynamic mechanism with people who are committed and determined to resurrect Sri Lanka from its current unfortunate condition. It is possible & our people can.

This simple formula and method suffices to turn Sri Lanka around. We have the capability. We have talented people. We only need to get the best out of them & provide them incentives for doing so. A handful of people cannot be allowed to drain the wealth of the State & tax the people. Pressure Parliament to proceed with this mechanism.

The mandate of this Commission is to turn all state entities into profit making ones within the conditions that protect the sovereignty & territorial integrity of Sri Lanka!

We can prosper within 5 years!