Bogus abduction story: Switzerland did not follow due process, not Sri Lanka 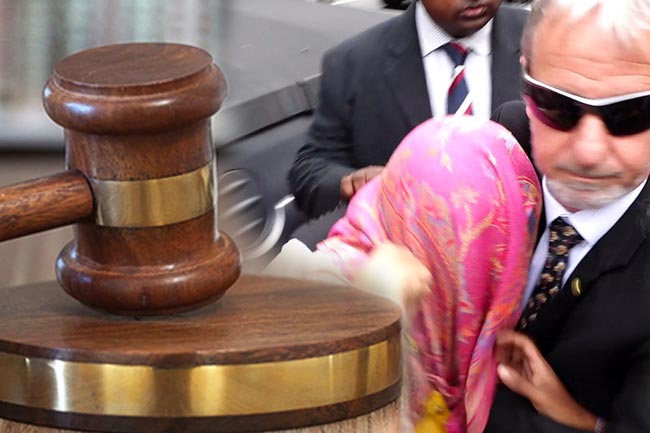 The Swiss has issued a strange statement criticizing Sri Lanka for the lack of due process. The truth is quite the opposite. It took a magistrate’s order to finally get the Swiss embassy to produce its local staffer to make a formal complaint to the CID on Sunday 8th December 2019, exactly 13 days after the alleged incident and keeping the supposed victim inside embassy compound with her family. What is the Swiss reputation for keeping an alleged victim inside an embassy compound for almost 2 weeks without even offering medical attention inspite of them claiming she was suffering ‘deteriorating health’? It is now clear that all those who made statements on behalf of this local recruit prior to 8th December 2019 were all incorrect. It has also been proven that the allegations made by the local recruit are also incorrect & contradictory and that was the reason for her arrest. Sri Lanka has wasted time on a bogus abduction case that did not take place when Sri Lanka should have been questioning Switzerland over giving instant political asylum to Switzerland to a Sri Lankan police officer wanted for murder.  Is this Swiss ‘due process’ giving asylum to a man and his family fleeing a crime? If the woman is arrested for false allegations, what is the crime the Swiss have committed in for aiding and abetting the false allegations? Sri Lanka please continue to follow due process and question Switzerland for harboring a murderer wanted in Sri Lanka!

The response of the Swiss following the arrest has been to issue a press release.

It is good for the Sri Lankan authorities to check whether the Swiss have been paying EPF/ETF of this woman to see how far Swiss has held their end of responsibilities as an employer. As per Swiss press release, the Swiss is continuing version that she was ‘abducted’ on 25th Nov 2019 but where is the evidence to prove it?

The Swiss press release errs as the Swiss did not disclose the name of the victim or bring the victim to make a formal statement of complaint as an international standard procedure required. The embassy only produced the “victim” before the deadline given by the Magistrate ended. If the embassy and the supposed victim had given statements immediately after the incident – there would have been no requirement for so much of cross-examinations and cross-questioning.

The Swiss embassy must take total responsibility for not following protocols and international standards without trying to pin blame on Sri Lanka. 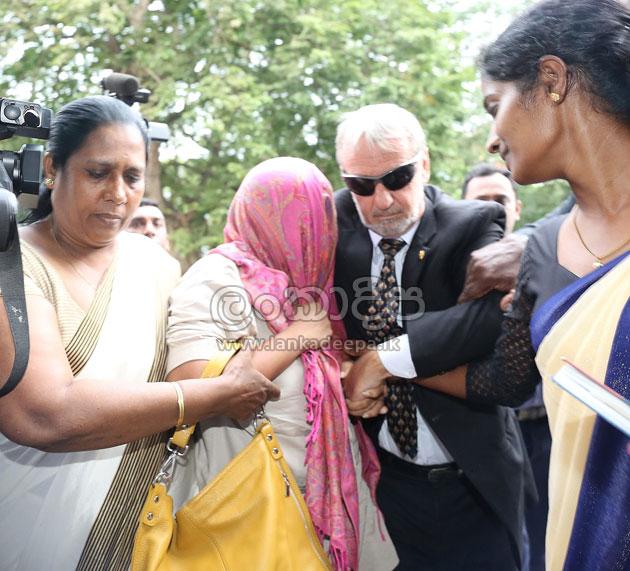 What was equally shocking and noted by the general public was the excessive hugging and embracing of the woman by Swiss embassy female staff and on the day of the arrest by a foreign male. It makes a mockery of her refusal to be examined by a male doctor! This was quite a weird looking scenario in the light of the daily statements that revealed she was obviously not telling the truth and it now makes us wonder whether all this was part of a set up to defame the government but getting badly backfired during the process.

While Sriyalatha’s lies are getting exposed. What Swiss cannot hide:

These are no proper ‘due process’ for which Switzerland’s reputation is marred.

So, what is the Swiss now blabbering about? To answer that we have to go back over 12 days to November 25th the day originally mentioned as the ‘Temporary Abduction’ of a local recruit of the Swiss embassy.

The Government must now issue the exact sequence of events against the lies and fake news spread.

The Government must officially and publicly request apology from all who were promoting a distorted version and request them to make a disclaimer correction to their news releases.

The Government IT team must carry a short description in all of its news giving an account of what really happened to nullify the promotion of lies to discredit Sri Lanka.

The GoSL must apply the same due process and the Swiss are preaching and question Swiss on aiding and abetting people wanted for murder as political asylum seekers.

GoSL must not be deterred by the fancy press releases issued but go by rule of law that Sri Lanka has upheld and which could have concluded investigations if only the Swiss did not hide an alleged ‘victim’ in its embassy compound from 25th Nov to 7th December without producing them before the police to make formal complaint.

Sriyaltha is just a pawn but we need to know who were the masterminds behind this whole drama.

GOSL must disclose who are the parties and players in this drama and then proceed to question Switzerland on harbouring a criminal.