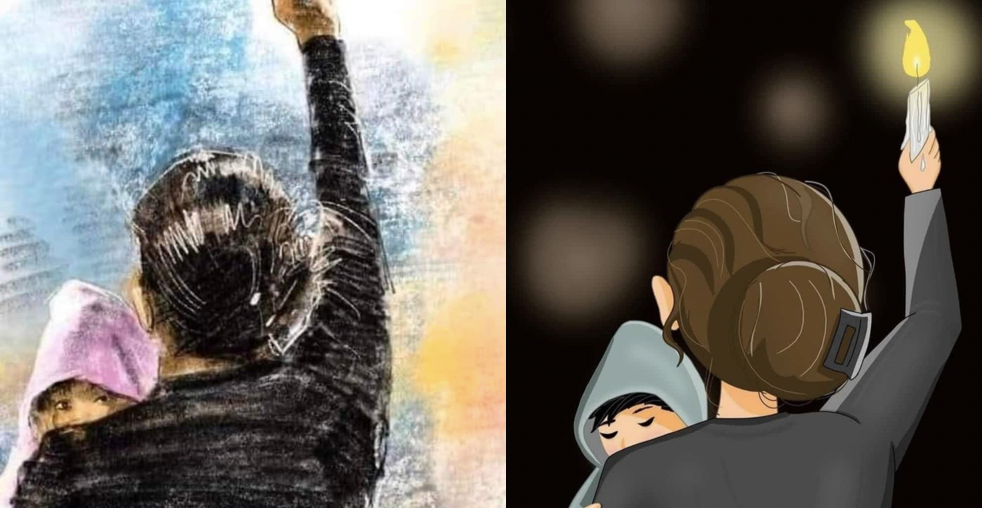 Sri Lanka is faced with an economic crisis. The people are facing many economic & cost of living difficulties. The people blame the government for keeping them in the dark (pun intended) & not managing the situation which their advisors/consultants would have had foreknowledge about. So the blame game has led to everyone blaming each other but no one looking for solutions. The only solutions being applied without much opposition has been to run to countries for loans in exchange for compromising parts of Sri Lanka together with their resources & assets. These have had little or no opposition because cost of living difficulties has been weighed down on people, making it difficult for them to oppose & having to think of their families before country. Thus, the deals have had good planning bringing the country to a situation where it has no power to dictate terms. But, it appears taking over strategic assets is not enough & the aim is to continue further anarchy. At this stage we must be able to understand how far our leaders have compromised themselves to external forces, who now dictate what they say & do. In this scenario we must now look at what unfolded on 31st March 2022 & likely future scenarios too.

Yes, Children are unable to study

& Yes, people have a right to protest

But No, people have no right to vandalize or attack property (public or private)

Anyone carrying stones is not a peaceful protestor

How many carried such items?

This is where the problem lies.

There have been plenty of peaceful public protests with no involvement of political parties.

These peaceful public protests saw people holding placards & voicing their displeasure in print & via voice cuts. It was totally a people’s protest & it should have remained so. Then came politicians and when a protest involves politicians it only means trouble. Political protests essentially are politically motivated & end up attacking their political opponents using people & their difficulties as camouflage.

On 31st March 2022, people gathered to protest directly to the President against the cost of living. This escalated into stone throwing & burning of police vehicles which arrived at the scene. Were these by government organized teams or by opposition teams or by others is what the authorities need to find out.

But if we take a look at the Arab Springs or Coloured Revolutions that have taken place elsewhere around the world, we should realize that there is definitely foreign hands involved.

It may be a totally new group, now calling the shots leaving everyone baffled as to what their next plans are.

All that we should be aware of is that, certainly people have every right to protest & they should protest outside every Ministers home demanding end to their corrupt ways, but the danger comes when these peaceful protests are quickly turned into violent ones by people who pretend to be peaceful protestors & wait for an opportune time to stir trouble. In so doing, they take away the democratic right of people to protest because the violence they create, result in the government having no choice but to declare emergency to protect property. Some would say the government can be doing this to enforce stricter measures, yes, even this is possible, but whatever or whoever organizes the chaos, it unfortunately denies the people getting their message across & denies the people getting answers to their valid questions. Essentially, what we need to understand is that external parties who steer Government & Opposition are also able to steer public opinion & make them all think and do as these external parties want them to.

Today, we can do nothing of national interest without international players poking their nose to stop it.

What was common to all of these ‘regime change’ programs? Externally orchestrated People’s Protests and calling for ‘transition’

What was the outcome of these Public Protests?

Egyptian President Hosni Mubarak resigned after a crackdown on protests that killed more than 800 protestors & was sentenced to life in prison & died in 2020.

Libyan President Muammar Gaddafi was killed by ‘protestors’ who were imported

Arab Spring began across the Middle East & North Africa from December 2010. All were Anti-Government protests commencing in Tunisia. It was also called Pro-Democratic Protests which gave a clue as to who the organizers were. We know how these countries delivered democracy to Iraq, Afghanistan, South Sudan & Kosovo.

All it took to start the Tunisian Arab Spring was a police attack on a street vendor who killed himself. From Tunisia the demonstrations led to Bahrain where protestors demanded release of political prisoners, then on to Jordan & Kuwait whose parliament was dissolved due to public pressure.

The very political, social & economic issues we suffer, were exactly what engulfed the countries victim of Arab Spring. Inspite of our perception of oil rich middle east – people were struggling due to declining oil prices, high unemployment & corruption among political elites.

The innovations associated with these foreign choregraphed revolts are many – “activists” suddenly disappear, this enables to plug other destabilizing elements into the scene, blowing hot & cold & this multiprong attack will tap into other local mischief makers as well. The usual culprits will all come out imposing their views on the general public easily influenced by social media. We saw this happen during the 2015 “system change” and we are again seeing same where the then victims are now the new victims. Thus, there are no favorites in the scheme of things. There are no permanent friends – only permanent interests.

It’s been a decade since the Arab Spring when people revolted against ‘dictatorial’ regimes. So how are these countries now that they have got rid of the ‘despots’?

The dictators have been replaced by Islamic State. Millions have been driven from their homes & anti-immigrant issues engulf Europe as a result of influx of refugees. Poverty has got worse, unemployment is higher & more are getting imprisoned for their political beliefs.

It is important that we understand that external parties who want to get a foot hold into strategic countries wish to only work with the corrupt. If leaders are not corrupt – corrupt deals don’t get pushed through. They remove leaders only when they don’t tow the line. All those who do, however corrupt they are, will be kept in power. We should understand the dynamics of how the game is played.

What about the protestors – many of those who were inspired to revolt are suffering physical ailments having to treat their wounds with their own funds. No one comes forward to spend for them. They were used & now they face greater calamities.

The Libyans will vouch for above – they got rid of a man who gave them so much for free & now they repent. But a little too late.

“We didn’t achieve anything we aimed for. Things got worse. We believed we could change the system. But it is so rotten that it can’t be changed” (Esraa Eltaweel – 28 partially paralyzed Egyptian) – systems can be changed but the real people who control all world systems will not allow it. In many of these Arab Spring successful countries – the people are left to eat “democracy” and be happy.

The system creates the corrupt & corruptions needs to exist & the corrupt are only inter-changed through ‘Arab Spring” like revolts. One group funded both sides of every war. This meant they were happy to fund anarchy even in present times.  This is what we need to understand.

Unfortunately, peaceful protests are a sign of people taking over the power they have outsourced to their representatives. The representatives (in Govt & Opposition) & their handlers see this as a threat to their control & monopoly over us as they wish to be the one’s speaking & acting on behalf of us & do not wish the people to take back the powers people have given to them. Thus, they quickly galvanize to protect their turf which they are happy to inter-change every election. Yo-Yo politics is not helping the people in any part of the world.

This is why whether it is govt or opposition – either side do not favour peaceful protests as these only expose their lack of leadership, inability to lead & poor governance. Both govt & opposition are united in the need to ensure the people remain in the dark forever.