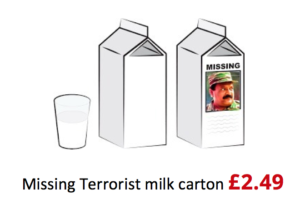 What a come down for the most feared terrorist in the world to end up with his face printed on anything & everything just to make money for a handful thinking of ways to enlarge the LTTE illegal kitty and continue the bogus “eelam” song. Replacing “guerilla marketing” is ‘tiger marketing’ which has recently even seen the terrorist heads face on a cake that would eventually end up being cut and gobbled by those that sang a song for him! It’s like a tragi-comedy and probably Prabakaran must be reeling in hell. Who would have thought this mighty mass murderer would end up a commodity – face printed on flags, caps, t-shirts and anything mass produced forcing Tamils to purchase – at a price of course. Where does all this money go to? This question is for the countries that have banned LTTE which includes the prohibition on materially supporting LTTE. 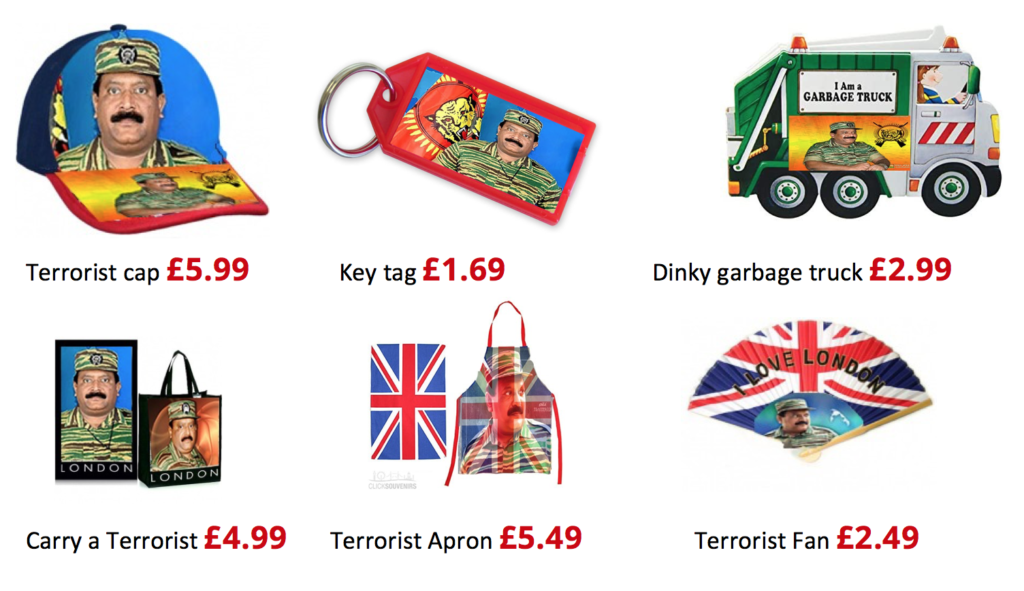 Just look at the tamashas the LTTE Diaspora hold overseas. Elaborate shows, all by LTTE supporting Tamils living overseas. Most have obtained asylum, refugee status and have upgraded that status to citizenship and hold foreign passports. None of them are likely to want to return to Sri Lanka to settle down except arrive on holiday while lodging to gullible foreigners that they are too scared to return to Sri Lanka! 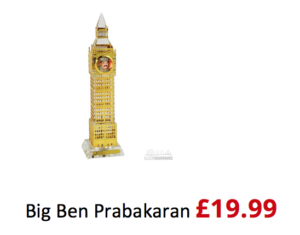 Has a single penny been sent to the families of LTTE combatants who have died throughout LTTE terror rule? All the income generated from the tamashas go nicely to the pockets of the organizers living overseas and holding foreign passports. 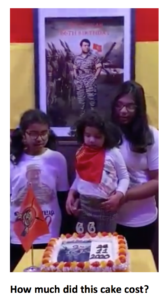 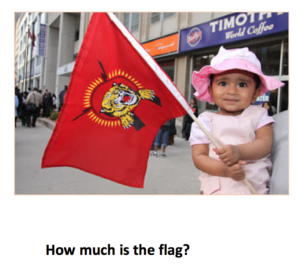 Prabakaran & LTTE abused children by turning them into child soldier killers. LTTE Diaspora is doing the same and questions what foreign Governments are doing about the indoctrination of separatist/terrorist ideology into the minds of young children living overseas. There are LTTE madrassas operating across all of the countries that LTTE Diaspora are given free reign by the very foreign governments that has banned LTTE. 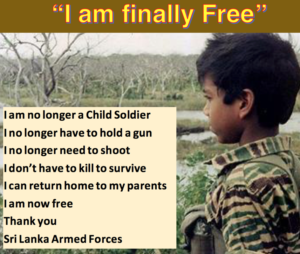 11 years on the bogus ‘war crimes’ song continues. It is as if the world is taking the side of the terrorists against the People who are today relieved they are free from LTTE suicide missions, assassinations and daily bomb attacks. The countries and international organizations that chose not to stop attacks by LTTE and issued only unemotional statements after every attack, have been asking Sri Lanka how and why LTTE terrorists were killed? These questions only imply that they preferred to have LTTE survive and thrive. This immediately implores us to think that beneath the terror by LTTE, these international entities were carrying out their geopolitical agendas. With LTTE eliminated, their programs came to a halt and obviously this is what has angered them. Their anger can only be shown by questioning Sri Lanka on the manner LTTE was eliminated. This totally ignores, the lives that have been saved since May 2009 as Sri Lanka has seen no terror attacks or loss of lives by LTTE.

The arguments posed by LTTE supporting international entities are again reminded that any cross examination of Sri Lanka’s elimination of LTTE questioning civilian deaths must necessarily prove that Sri Lanka armed forces intentionally killed civilians and these civilians can only qualify to be called ‘civilian’ if they had not engaged in hostilities. Nevertheless, LTTE fought in civilian clothing and LTTE had a trained, armed civilian unit. These deaths cannot be categorized as civilian deaths. It is also noteworthy that all of the 12,000 LTTE combatants that surrendered to the armed forces were all in civilian clothing including the 594 child soldiers.

Without international agencies being able to specify

Sri Lanka Armed Forces can only be held for category 6 and that too if properly proven that it was intentionally committed. The whole world is unfairly trying to pin all killings on the Armed Forces. We cannot accept this and we will not allow this.

Sri Lankan Armed Forces were called to militarily end LTTE after 30 years of Sri Lanka suffering terror. USA after just one attack in 9/11, without even confirming who ordered the attack, bombed Iraq & Afghanistan and remain occupying these countries for over 20years!

Sri Lanka’s terror that began in 1980s with loss of innocent lives by LTTE terror had to watch as one after another attempts for peace failed.

What was Sri Lanka to do? Continue to have innocent civilians become victims of LTTE terror simply because foreign entities did not wish to have LTTE eliminated as it was an obstacle to their geopolitical agendas?

Is this why, the same countries are now allowing LTTE diaspora to carry out campaigns against a sovereign country? What good is their talk and public statements against terrorism, if they are openly supporting the terrorists?

Sri Lanka’s government must take all measures to safeguard Sri Lanka & Sri Lankans from all types of terror. If foreign governments wish to allow banned terrorist organizations to do as they please, we cannot stop it. But we can and should prevent any form of terror and separatism in Sri Lanka.