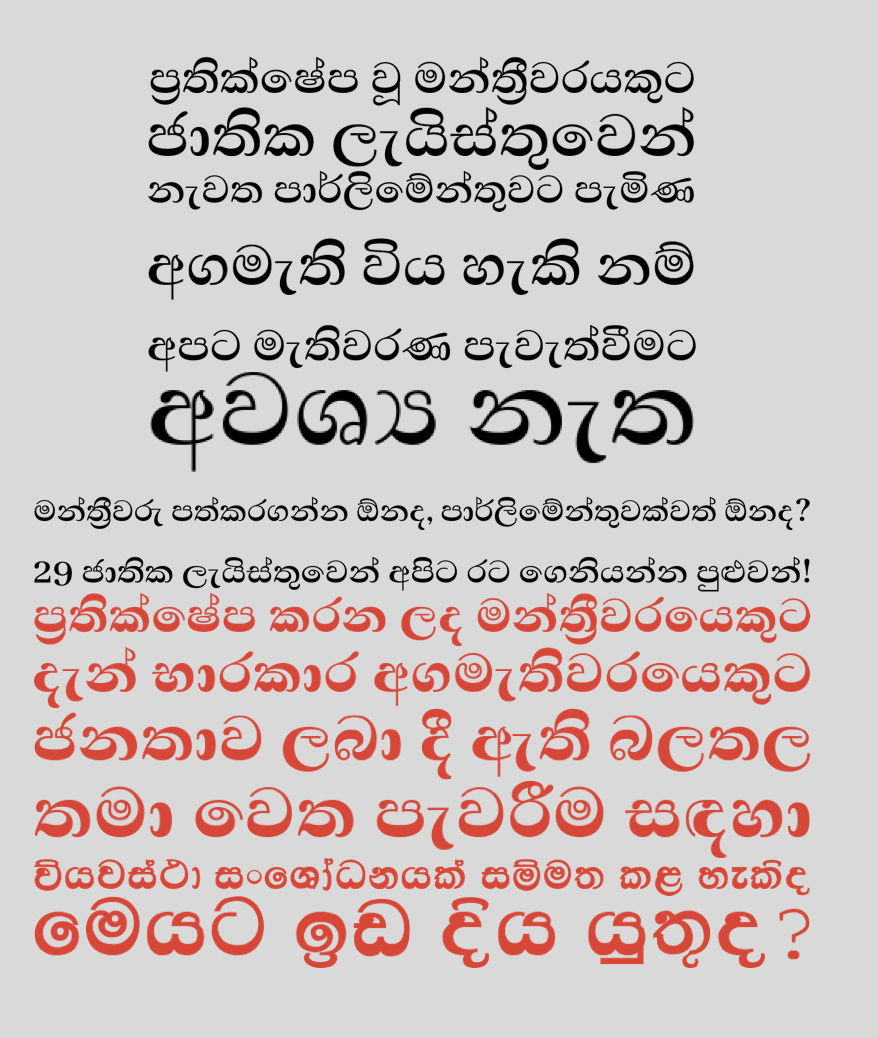 Democratic principles are being questioned following the scurry to pass the 21st amendment, drafted by a caretaker Justice Minister and aspiring to pass powers from a directly elected President to a caretaker Prime Minister rejected by voters & undemocratically returning to parliament as a National List MP. All norms and ethics of parliamentary democracy are being questioned. Sri Lanka’s Judiciary cannot allow such a precedence to take place.

21a & THE CARETAKER GOVERNMENT

Taking this into consideration the Judiciary who will be asked to make a determination on the 21a must disallow all efforts to dilute, transfer or reduce the powers of the President without asking the people at a referendum. In this economic crisis when there is no money to buy basic essentials, we do not require any referendum/elections, therefore 21a should not be a priority and should not be entertained. Parliament should not be wasting time on trying to divide power between themselves but to find ways and means to gain revenue for Sri Lanka reducing unnecessary expenses.

19a and 20a were both unnecessarily hurried for no reason. 21a should not be hurried too. Why is this hurry to pass 21a? Who wants 21a passed & why? What is the purpose & to whose advantage is 21a being hurriedly passed? We want answers before passing anything.

Amendments to Sri Lanka’s Constitution has unnecessarily diluted the constitution & the Judiciary must step in to not be politically pressurized to repeat.

If a rejected MP now caretaker PM tries to pass a constitutional amendment to transfer powers given by the People to himself, should this be allowed? 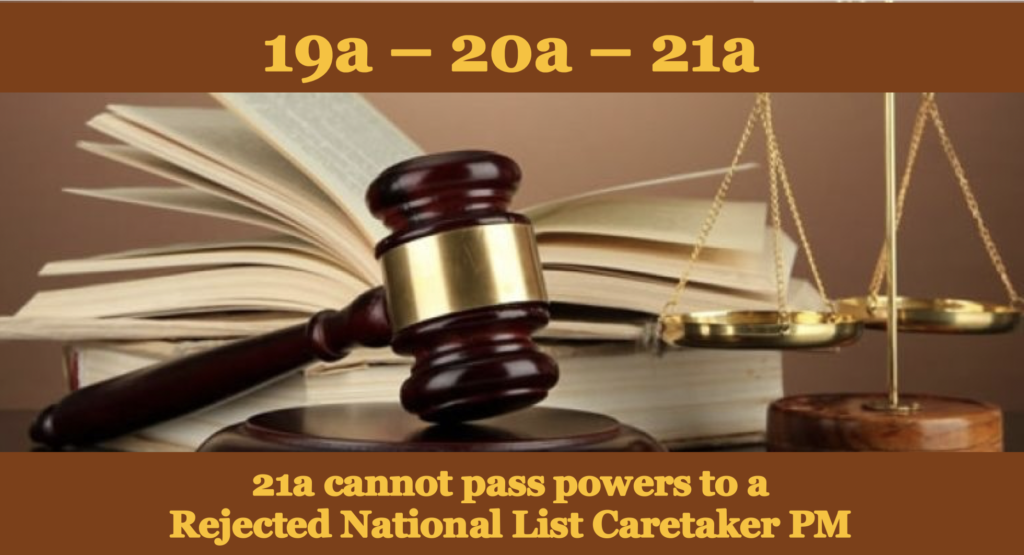