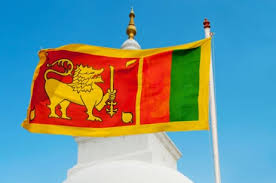 Mario Arulthas writes to Al Jazeera on 8 Dec 2019 titled Trouble brews in post-election Sri Lanka”. What are the concerns he raises:

He refers to Gotabaya Rajapakse as a ‘hardliner’ exactly what does he imply by this?

He says ‘victory of Gota, sent shockwaves across the Tamil-dominated northeast’ – can he say how many are in shock and what is the type of shock they are suffering weeks after the victory? Are any of them hospitalized by the shock, how many thousands have ‘gone missing’ ‘how many thousands’ have been abducted since 16 Nov 2019?

What are the ‘war crimes’ he is allegedly accused of – does Mario have direct proof & evidence or is it all hearsay from 3rd party and 4th party sources?

On what grounds did Sajith Premadasa become the ‘lesser evil’ is it because he promised to deliver the 13 demands made by TNA, didn’t TNA ask the same Tamil people to vote for the former President Sirisena, didn’t TNA also ask the Tamil people to vote for Sarath Fonseka the army commander as President in 2010, months after the same Tamils called him a war criminal! The trend in voting was nothing that anyone was surprised over. Its just that the Tamil leadership ensures Sinhalese do not mix with the Tamils for greater harmony and prefer to feed Tamils with lies. This has to now change.

Oh Mario, you seem to have got your wires crossed, Sajith was a key government minister in a government that co-sponsored the UNHRC resolution and he didn’t even object to LTTE getting compensation – so what crap about vowing to protect the military. Well, suggest you check whether he is actually a practicing Buddhist or has embraced another religion too. Lots of politicians pretend to be Buddhists for votes!

If the Western nations can give Christian prominence and Islamic majority nations can give premier place to Islam, there is absolutely no harm in acknowledging the historical role of Buddhism that built this island civilization on the strength of the dasa raja dhamma practiced by all Sinhale kings even the invader kings that ruled Sri Lanka. By the way invader Elara was no Tamil king.

Its certainly interesting to see Mario refer to the Swiss affair. Very soon the Swiss embassy will be exposed for its part in a Hollywood drama. Much of the gossip international media outlets are spreading will soon be nullified by factual details when investigations conclude. What is worrying is an embassy keeping a Sri Lankan national & her family inside the Swiss embassy since 25th Nov and only bringing her to give a statement before a court order lapsed whereby she would have been declared guilty of contempt of court for not arriving to make a statement.

Any journalist in any part of the world have self-censorship, while all journalists can write sparingly against other countries, try writing damaging pieces against the country they are domiciled/working in and certainly action will be taken by the authorities. How many US journalists write about the US or NATO crimes or disclose secrets happening inside the US State Dept? Every government has a right to protect its national security interests.

As for hate speech – these new vocabularies and terms are simply meant to silence only one party with political correctness… how about doing a content analysis and seeing the scores of lies and fake news based on which many of the LTTE fronts are becoming ultra-rich, opening charities to enable them to not pay taxes and accrue more benefits and forcing Tamils overseas to help raise ‘funds’ the Human Rights Watch report on extortions by LTTE diaspora remain valid still.

Can Mario give any evidence of Tamils being attacked after the elections without simply brandishing his pen? Was it like Occupy Wall Street protestors getting attacked?

Have you Mario, tried to remove Christian domination from Western countries or tried to erase Islamic/Muslim dominance from OIC member states! Why not you take this same argument to these countries and change them first. In the meanwhile, produce evidence what the minorities do not enjoy because they are a minority what only the majority enjoys because they are the majority without simply parroting what others say.

‘Tamil self-rule culminated in the defeat of the LTTE’ very interesting – so Mario means to say all Tamils were with the LTTE, then how about explaining why LTTE killed so many Tamils and we can give a very long list for Mario to explain. Why did LTTE shoot at fleeing Tamil civilians and kill them, there are scores of Tamils giving witness accounts of being shot at. Why did even the UNSG appeal to the LTTE to allow Tamil civilians to come to government controlled areas. Why not look through all of the statements made by various international bodies appealing to the LTTE to release Tamil civilians. So you Mario, are implying that our soldiers didn’t save 294,000 Tamils and that they voluntarily were with the LTTE!

Mario, you are wrong again. The UN never said anything about 70,000 deaths. UN report in Colombo gave just over 7000 deaths which tallies with the Government death statistics. Well activists can give any number but the least they can do is match the number with some names or NIC or even birth certificates. Anyone can say x number died but without even a scrap of evidence that is a very lame argument. Demanding justice for dead without details is like that Swiss woman the embassy claimed was abducted in a white vehicle but authorities have proved the details given didn’t match at all with the evidence and every minute detail was given to the Swiss leaving them obviously speechless and embarrassed and now desperately trying to recover from their stunt.

Mario and all those living overseas need not worry about Tamils in Sri Lanka, the government will set up not only a structured development for all nationals but will address their issues and NOT the issues of Tamils living overseas or Tamils holding foreign passports. Tamil Sri Lankan problems will be addressed together with the problems of all other communities. The GOSL will NOT solve the problems of LTTE Diaspora though.

Again, you are wrong, Tamils did not turn out in droves to commemorate LTTE dead which is what this Maaveerar Naal is all about – how about commemorating the Tamils killed by LTTE too, who is going to mourn for people like Alfred Duraiappah, Sam Tambimuttu & wife, scores of Tamil militant leaders killed by LTTE including Mahaththaya…. Who is going to mourn for them, Mario?

Exactly what did LTTE give the Tamil people? LTTE made $300m annual profits according to Janes Intelligence report – did LTTE build a school, train station, roads, a kovil, a library, a sports complex for Tamils… what did LTTE give the Tamil people? Thousands of Tamils were given electricity for the first time by GOSL after 2009. They were living using a kerosene lamp under LTTE rule. Some of these Tamils rescued by the Sri Lankan troops did not even know how to brush their teeth or use a toilet when they were put in the refugee camps. They were this backward because of the LTTE.

The President of Sri Lanka must address the needs of all the citizens not only one community. As you can see a new wave of hope is taking place and negative reporting or media releases is unlikely to change their enthusiasm – streets are getting cleaned, walls are getting painted with all citizens joining in, trees are being planted, our sports stars are winning gold, youth are taking to farming, the inventors are busy thinking of ways to help – the whole country is looking forward, we don’t need negative vibes or energies trying to disturb or disrupt the people. Let them be.

As for devolution – 36 of the 37 subjects have been devolved since 1987 and what is the big deal you see in 13a  – we have been functioning pretty well without provincial councils for 2 ½ years now and it is very clear to all we don’t need the 13a.

We don’t need political changes – we need changes beneficial to the people. This is where media have erred in continuously drumming political solutions – we need only people’s solutions for people’s problems.

So happy that Al Jazeera has as disclaimer ‘views expressed in this article are the authors own and do not necessarily reflect Al Jazeera’s editorial stance’.

Our mission is to advocate for

justice and self-determination for the Tamil people

in the North-East of Sri Lanka.

Our vision is for a Tamil nation

that is inclusive, free from oppression and able to determine its own future.

For over a decade, PEARL has been advocating for

the United Nations, European Union and

We conduct innovative research and analysis, centred in the experiences of Tamil victim-survivors, to report on key issues affecting the North-East of the island.