Why are entities promoting “inclusive” Sri Lanka attempting to divide Sri Lanka via 13a? 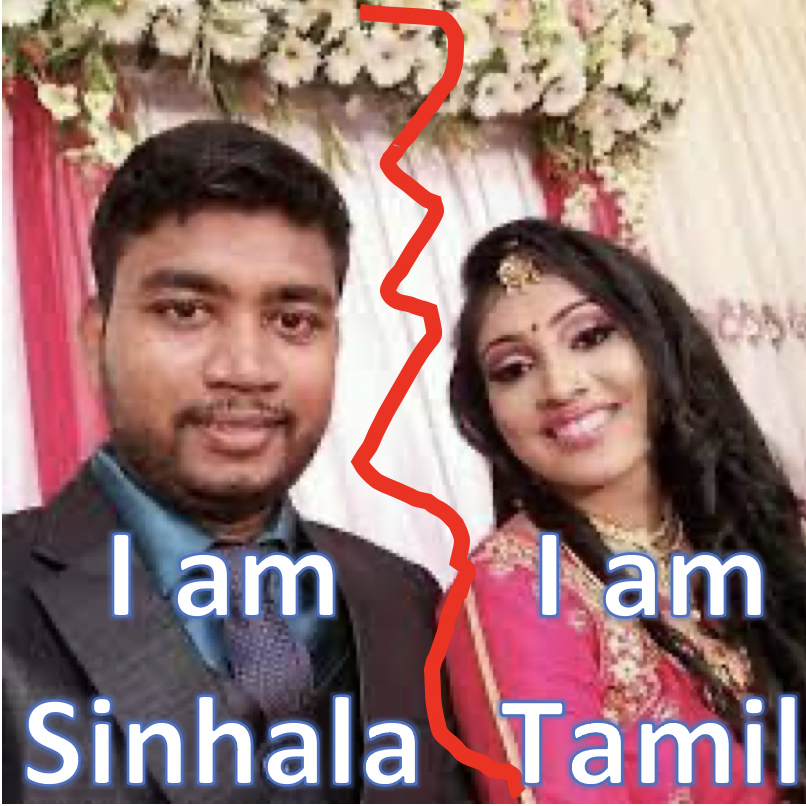 The US, UK, EU, Canada are eternally parroting the need for an inclusive society, so too does UN & its associated organizations, the western-salaried NGOs/INGOs and civil society also preach need for inclusive, peace-loving, society & their slogans are “togetherness”, “assimilation” “unity” & what not. What is baffling us is, why all of these entities are pulling every string possible to implement 13th amendment that aspires to divide Sri Lanka along ethnic lines? Do they think people are stupid not to question their hypocrisy when openly they chant “peace, unity & inclusive society” but sheepishly they are trying to divide Sri Lanka along ethnic lines.

This effort is shrouded in hypocrisy by not only those that are pretending to be angels of peace but in reality Satans of division, the recipients themselves are divided to.

How far India-West-Diaspora are cohabitating in unity will be seen closer to the realization of their goals. While LTTE Diaspora will remain the outsourced party able to monetarily influence foreign parliamentarians in their home states/towns, the strategic decisions will be taken by India & West. How far India will allow West to roost in their home turf is questionable given the animosity arising from Church-Hindu differences in India as a result of mass conversions. India is well aware that like Soviet Union, Yugoslavia was balkanized, India is well targeted to be similarly cut up into independent states. This plan is quite open & clear. How far Indian politicians themselves have been co-opted to facilitate this effort by the West & Diaspora groups, is something for India to ponder. We all know that Indian Diaspora groups are extremely influential in the West but inclined to be advancing Western agenda & not necessarily the protection of a Bharath Hindu India. Even Kamala Harris on the issue of Kashmir openly declared that US will not hesitate to take action in the interest of the people (what people – was never elaborated)

Kosovo was divided on ethnic lines – it is a proven failure, one that which UN has to also take blame.

South Sudan was divided on ethno-religious lines – another proven failure, which US is also accountable.

Those that preach globalization, global society cannot at the same time be promoting division of countries along ethnic or religious lines.

This implies Tamils want to live all over the Island but have a separate area only for themselves while Sinhalese cannot live in the North but have to live with all other communities.

What kind of joke is this? Can learned people in the West-India or even Sri Lanka shamelessly make such requests without thinking of the hypocrisy behind the request?

Will US agree to allow US to be divided along ethnic or religious lines? Will US give a separate state for Blacks but allow Blacks to also live in other parts of the US though White Americans cannot live in the Black separated state?

Will India allow a separate state for Muslims where Indian Hindus cannot live in but Muslims can live in all parts of India? Note the British when creating “India” gave an ethnic state to Muslims called Pakistan but made India combining all ethnic groups instead of declaring it a Hindu state.

Dividing countries on ethnic or religious lines is ridiculous. It is something that can never be done & should never be promoted. Does it mean Tamils can only go in Tamil only planes, Tamil only buses, Tamil only schools, Tamil only restaurants, Tamil only kovils – when Tamils are divided by caste & the Jaffna Tamils hate the Trinco & Batticoloa Tamils, when these Tamils all hate the estate Tamils, how ridiculous is it to implement 13a & create a Tamil Only homeland of people who presently live divided & are not even served tea in the same cups & saucers!