It is a tragedy that the custodians of world peace are unable to differentiate between those that defend a Nation and its People and those armed to create mayhem and murder. The Armed Forces of Sri Lanka, the Police and the Civil Defense Force sacrificed much to protect and defend the Nation & its People. On one single day 600 policemen were killed by LTTE on 11 June 1990 when the ruling President of the country foolishly thought he could tame the tigers and on his instructions IGP Ernest Perera ordered his men to surrender to the LTTE. They laid down their arms and surrendered believing the word of their leaders and eventually had to lay down their lives. The assurance that nothing would happen to them had been broken by both LTTE & the political leadership. Each of these surrendered policemen were killed one after another by the LTTE. But has a single UN rapporteur, UNHRC head, civil society or INGO heads visited any of the families of the men who laid down their lives for the Nation? How many international reports have been written on behalf of them? How many documentaries have been done in memory of them? How is it that all of these international entities ONLY writes reports, make documentaries & visit only families of dead Terrorists and even participate at their commemorations held across the globe?

The June 11, 1990 slaying of 774 Sri Lankan Police comprising Sinhalese & Muslims exposed the futility of the Indo-Lanka Peace Accord signed in 1987. Indian Army were returning to India after a humiliating defeat by the terrorists. This international peace pact brought no end to LTTE terrorism nor peace to the People.

The same was to happen to another peace pact signed with Norwegian mediation in 2002.

It was in March 1990 that Indian stooge Varatharaja Perumal declared Unilateral Declaration of Independence which eventually resulted in the annulling of the merged N-E Provincial Council.

The Army ended up confined to base a trait happening when UNP comes to power while allowing LTTE to set up bunkers. Instructions given by UNP politicians to the Military was to remain in camp and not interfere in LTTE activities and not retaliate.

11 June 1990 – that fateful day the Police Head Quarters Colombo ordered the Police in Eastern Province to surrender. We remember Assistant Superintendent Ivan Boteju who refused to surrender kept on fighting until he was ordered to surrender.  The Police stations in Batticoloa, Vellaveli, Kalmunai, Valachenai, Kalawanchikudi, Samanthurai, Eravur & Akkaraipattu was in LTTE control. Even Jaffna Fort came under LTTE by 19 June 1990.

Why did the GoSL order IGP Ernest Perera to order his men in Eastern Province to surrender to the LTTE? According to police records 1000 police had surrendered to LTTE – what was the fate of the others? What a sad situation for their families.

The June 11, 1990 slaying showed the crass attitude of politicians wishing to take political mileage at the cost of the lives of the men who were defending the nation. Political deals have resulted only in the loss of lives of the servicemen. While LTTE were murdering Army and Police in the East, LTTE leaders were sipping tea and staying in Hilton Hotel, courtesy the UNP Government in power with security provided to terrorists by Special Task Force of the Police.

Imagine the humiliation these personnel would have felt in protecting the very men who were killing their colleagues? The LTTE delegation that comprised Jude (LTTE radio operator) & several others were taken to Ratmalana & airlifted to Jaffna. The Government even ordered Sri Lanka security personnel not to search LTTE delegation’s luggage.  They even had the ability to directly call the politicians and be personally answered!

While the then UNP Govt gave VIP treatment to the LTTE, the dead bodies of the army & police were brought without any fanfare or respect. The numbers kept on piling and their homes kept on crying. We all remember the days of non-stop ambulances carrying the dead.

Maj. General Munasinghe’s book “A Soldier’s Version” writes “The LTTE radio operator (Jude) had a message from Prabakaran. “Whatever happens, ensure that the money offered is brought with you”(Page 101)– was this why their baggage was not checked?

What has UNP to say now about how UNP bribed the LTTE in 1990 but it cost the lives of the military/police?

The same allegation put to the Rajapakse in 2005 nevertheless resulted in the complete decimination of the LTTE including its leader by May 2009. 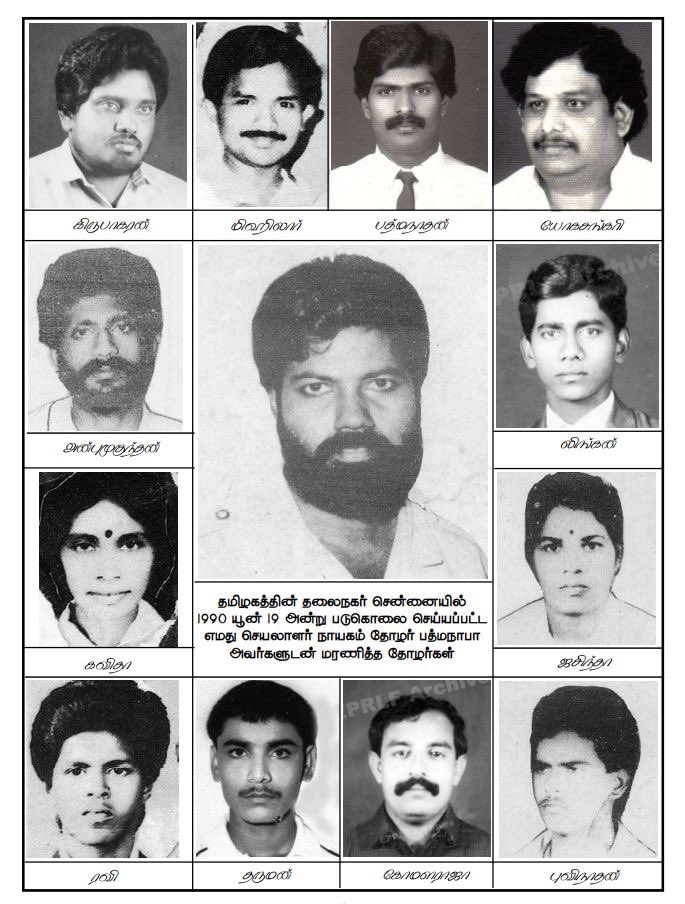 Days later on 19 June 1990 EPRLF leader Padmanabha with 12 of his party men were shot dead in Madras (Chennai) in Tamil Nadu. 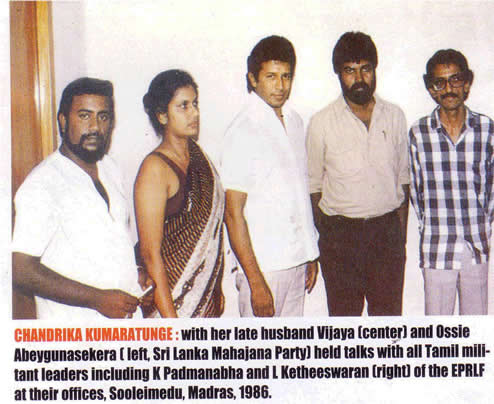 In August 1990 LTTE stormed the Kattankudy mosque and killed some 143 praying Muslims. LTTE also issued an ultimatum for Muslims to leave North. This was despite a LTTE-Muslim agreement signed in Madras in 1988 assuring Muslims could live in both provinces. Nearly 100,000 Muslims were evicted forcibly by the LTTE from the five Northern districts in October 1990. They were driven out at gun point, while all their belongings were confiscated by the LTTE cadres. Annexure: In 1988, the LTTE signed an agreement with Muslims, in Madras, India, The Agreement was signed following discussions between Muslims United Liberation Front (MULF) led by Dr Al Haj Badiuddin Mahmud and the LTTE led by its late Deputy Sathasivam Krishnakumar (Kittu) in Madras, India, from 15-19 April 1988. (text of agreement – https://sangam.org/sri-lanka-the-untold-story-chapter-44) 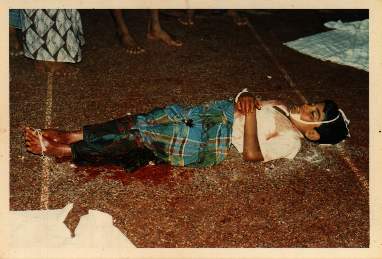 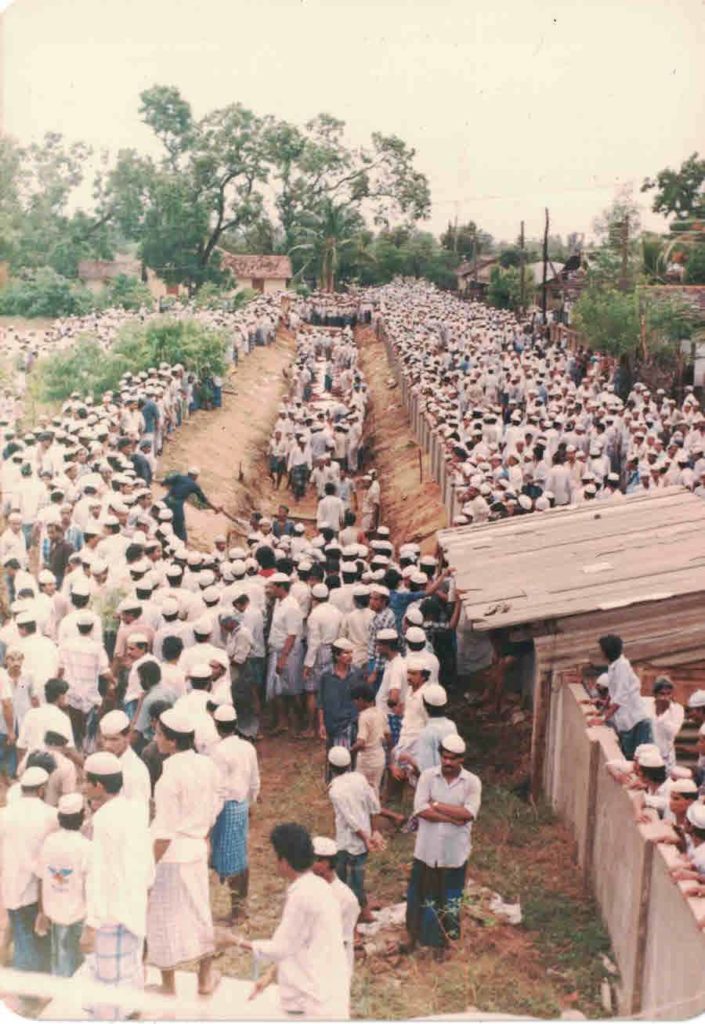 LTTE went on to kill Rajiv Gandhi also in Tamil Nadu on 21 May 1991. Virtually a year later Sri Lanka began to lose its leaders – 2 March 1991 Ranjan Wijeratne was assassinated, on 8 August 1992 Gen. Denzil Kobbekaduwa was killed. 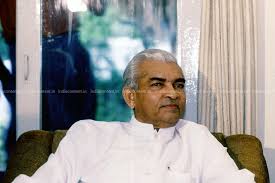 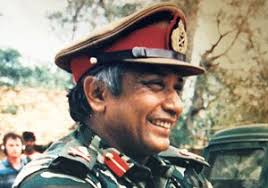 While the world finds itself commemorating dead LTTE to which even Western politicians are issuing sympathy messages, it is unfortunate that Sri Lanka’s leaders and the general public stop short of remembering the manner the armed forces, police and civil defense forces laid down their lives for the People who are today enjoying peace having not felt what it was like to live in fear of LTTE attacks when the governments of that time supported the terrorists.

The fault lies in the ability to differentiate the Terrorist from a Soldier and in paying due respect to those that defend the nation against those trying to divide the nation. Even today, the LTTE supporters unabashedly use Prabakaran and LTTE emblems as profile pics across social media because of the hypocrisy at play. We live in times where many are shy to support the men who are defending the nation but happy to apologize to the terrorists.

Thankfully there are some who defy all odds to voice the truth and fearless call a spade a spade.

Today 11 June 2020 – we not only remember all of the unarmed Policemen who were brutally murdered but every soldier and officer who also laid down their life making the supreme sacrifice for the Nation. We bestow prayers to their families, many who face difficult times because their father, spouse and son is no more.

The Nation Salutes all of you.