Barbados removes Queen as Head of State, what is the fate of Great Britain if remaining 14 countries do same & also exit Commonwealth? 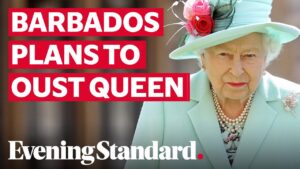 In possibly a rising trend, Barbados has declared it doesn’t want the Queen to be its head of state. That leaves 14 more countries that continue to keep the Queen as head of their state. Let’s not forget, Great Britain had military presence in 171 countries except 22 countries of the world. Out of this 171 only 54 decolonized & independent countries remain members of the Commonwealth comprising 2.4billion people of which 1.3billion are Indians. The question is out of the remaining 14 – who will be next to say no to the Queen, while kick starting withdrawing from the Commonwealth. Its seriously time Sri Lanka said cheerio to the Queen & the Commonwealth too.

The Queen is Head of State of Great Britain &

Barbados joins the list in 2021 after gaining independence in 1966.

Australia voted at a referendum to continue with the Queen as Head of State in 1999.Yet an increasing number of citizens in Australia and Canada wish to have their own elected Head of State instead of the Queen.

54 countries proudly claim to be members of the Commonwealth, exactly what do they benefit other than shaking the Queen’s hand annually?

It’s not enough that Britain illegally occupied countries, Britain even sets a criteria to select former colonies to be members of the Commonwealth and these countries are expected to comply with the 1971 Declaration of Commonwealth Principles. The nations must demonstrate commitment to democracy, hold free and fair elections, apply rule of law, independent judiciary, good governance, well-trained public service, protect human rights, freedom of expression…. the list couldn’t get more hypocritical. Fancy how all these values nicely omits UK acknowledgement, accountability and reparations for British colonial crimes committed against 171 nations!

This means the rest of the countries are really insignificant, though Britain enjoys bullying them.

The US has turned both UK and India into faithful poodles.But India & UK will soon wake up to harsh realities and unforgiving neighbors in EU and South Asia. Both UK and India have unreliable partners. US bears no sentimental attachment to either UK or India. Isolated from EU and if Commonwealth states also bid adieu to UK, Britain will learn a hard lesson in what it feels to be isolated. Britain can hardly expect partnerships if they side with terrorist fronts and take pains to draft resolutions on behalf of them.

For US, having Britain isolated in Europe and India hated by South Asians is the perfect strategic move. A weak ally is a good poodle. Same strategy applies to India. 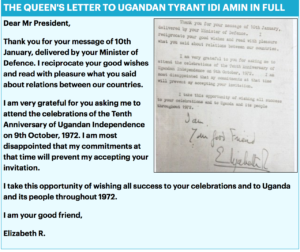 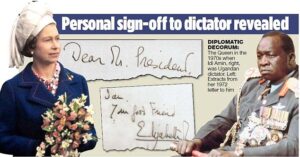 LTTE supporting Britain following Brexit has found difficulty in even selling their fish to the European mainland and British truck drivers crossing the English Channel are even having their sandwiches snatched by Dutch border officials citing new food import rules!

Like Brexit exit, it is a good time for commonwealth nations to exit it if Britain cares not to defend the nations it destroyed and plundered without an apology or reparation.

Isolated from Europe, Britain will soon feel the heat and this is no better a time for the Commonwealth Nations to evaluate exactly what Britain has given them in return for the decades of humiliation their people suffered under British rule and continue to do so simply because Britain sings Long Live the Queen!