Future of a post-Rajapakse Sri Lanka 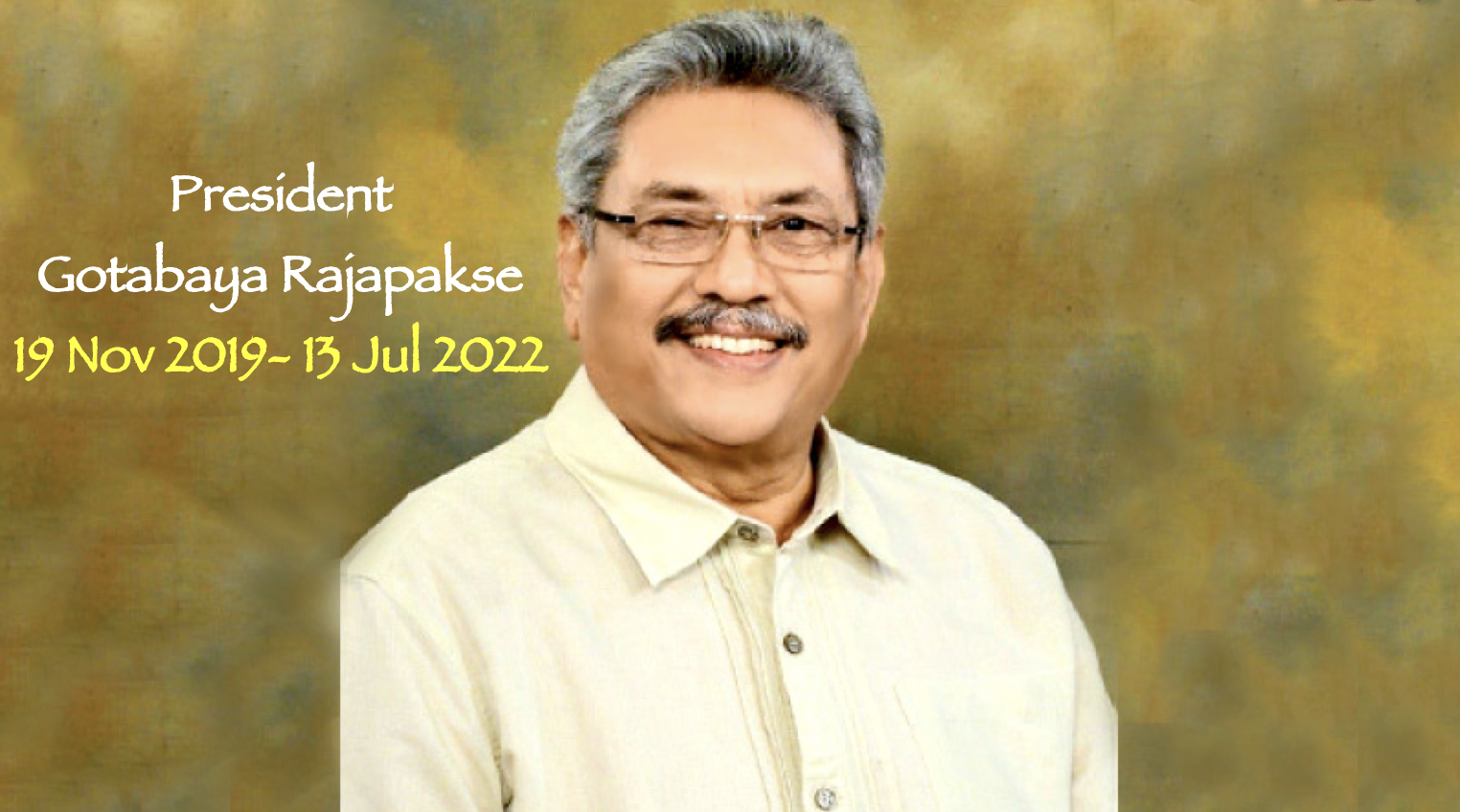 13th July 2022 will be remembered as the day an elected President resigned becoming the only President since 1978 to do so. He was the 7th President of Sri Lanka but one who was unlucky enough to inherit a legacy for which only he has been held accountable. Though 6.8m voters voted him to power on 19 Nov 2019, less than 500,000 protesters secured his downfall. Is this democracy & rule of law? It is a warning to all others who may also meet the same fate from a well-planned psy ops. This came in the form of a “hora hora” propaganda to which the Rajapakses chose not to respond & absolve themselves from any fake stories or false flags being hurled at them. Most of the supporters urged them to take legal action and absolve themselves, which they chose too late to do. Now an unelected UNP leader, entering Parliament from National List to become the PM has now become the President of Sri Lanka and all thanks to a protest undermining democratic path to representation.

He was the tuition master of corruption in Sri Lanka though he himself did not indulge in it.

The term of President Premadasa saw many projects that raised villages and commenced factories and generated income. He kept the public sector on their toes and was one of Sri Lanka’s best administrators. The public offices were the cleanest and efficient under his rule.

Then came President Chandrika in whom people placed a lot of trust, eventually disappointed all, though she too came with resounding victory and remained 2 terms in office.

In 2005 Mahinda Rajapakse became PM and did what all previous presidents was scared to do. In so taking a forthright decision to end terrorism, Mahinda Rajapakse received the wrath of all the entities that had been riding the tiger to advance their agendas. These entities were powerful and had tentacles in almost every sphere of society. The failure of the Rajapakses was in their ability to strategize how to handle the propaganda campaign against them. The entire media channels became against them and not many were bothered to look into the truth and facts of the allegations spread with ‘authority”. It was the neglect of dealing with these false propaganda coupled with an arrogant attitude towards handling the political system that eventually saw their fate. In refusing to read the pulse of the people, in taking the enemy to their fold distancing nationalists who voluntarily championed for them resulted in having no friends to back them. As for the rest of the Rajapakse’s them best take lessons from the fate that befell the 3 main architects that defeated terror – how far who gave the nation away or succumbed to international pressures or if the entire tarnishing campaign was false – we will come to know in months to come. The victors will boast of their achievements & this will embarrass many thereafter.

What is quite clear is that while the foreign entities may have also considered the Rajapakses a threat in view of the nationalist backing, the locals that joined efforts against them did so for personal vendettas, personal interests & nothing to do with national interests. Majority were harboring hate as a result of Rajapakse’s not giving them what they wanted while others fell for propaganda. This was why Rajapakses were asked to clear their name as they owed it to those that supported them.

Leaders that do not represent the nation nor national interests end up destroying the nation together with its people.

Be that as it may, it is now pointless analyzing where they went wrong or why. A well-organized protest whose real architects will soon come to be known may embarrass most of those that have taken part, but it engineered a complete change to the law & order system of Sri Lanka. It is now too late to worry how far jungle law will affect people when justice is not decided by the courts and punishment means having homes and belongings destroyed, looted and gutted. Even this tragedy is being justified as accepted if the collateral damage is to chase away the Rajapakse. The logic of this, even foreigners believe is deemed to equate to ending corruption in Sri Lanka. In other words, everyone has been projected the notion that no one and no politician is corrupt except the Rajapakses.

Presuming we accept this perception, it means Sri Lanka has arrived at a golden phase sans the Rajapakses. While Parliament is fighting for power, illegal occupiers are fighting over who gets AC rooms, while aragala without electoral mandate demands it be included into decision making & the boss of the legal fraternity thinks he can become President. This is the golden era we must now become used to. Days of queues will be over. Days of corruption are no more.

Yet, no one has answers to dealing with the economy. Where are we to get money to buy all these? Where do we get the money to repay loans taken. Let it be noted that from 2019-2022 Jan no loans were taken by President Gotabaya. His administration was only repaying loans taken by the previous government. All other governments took loans to not only repay loans but to run the government. President Gotabaya upon assuming office was faced with a global crisis – covid which impacted tourism foreign remittances and loss of business (import-export) trade. It will be too late when people realize he is not responsible for the debt situation of the country. He is responsible for the fertilizer issue for which he apologized. He is also responsible for some bad decisions but these come nowhere near the treacherous decisions taken by predecessors. However, as President he must take the blame which he did.

Sri Lanka’s problem centres around the lack of foreign currency to make purchases. Political changes or amendments to constitution or appointment of new heads is not going to bring dollars. Not one of those making demands and speeches have given the roadmap to make revenue or rejuvenate the economy.

Those who are celebrating the victory are silent when asked where are they to find dollars to buy essentials or even non-essentials.

When Sri Lanka made $7b from foreign remittances – can this amount suffice especially when those overseas are also facing the same global recession, inflation and high living cost.

When Sri Lanka made $5b from tourism – will tourists arrive when they are scared of the manner barricades were dismantled, state buildings were forcibly taken, valuable belongings and antiques stolen or destroyed and now flights are getting cancelled and foreign governments for fear of their natives are issuing travel advisories. The already in debt local tourism industry will see more suffering with job losses and inability to maintain their properties. What are the answers the protestors and their organizers and supporters have for their revival?

The last measure is the sale of public assets – with $52b debt, once assets are sold or privatized will what we make from these suffice to settle the debt? Presuming it does, when we have forsaken all the avenues that the state can make revenues – how does the State function, how can a government run a country with no revenue or no means to tax? Whatever economic so called experts parrot, forsaking state assets is not the answer or the solution. But it becomes the lazy option without thinking of ways to resurrect the economy. If such happens, the protests will be more aggressive than presently – as life will become far worse than is now.

Be that as it may, we must move on & as Buddha said – nothing is permanent. We have gone through all types of phases and this one is no different.

The challenge comes in meeting the real challenge and not creating new challenges.