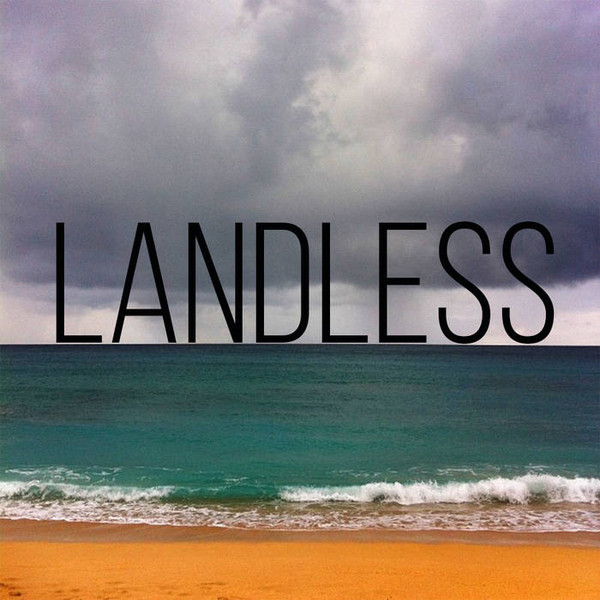 Sri Lanka is an island nation. The land denotes Sri Lanka’s sovereign territory. Sri Lanka’s constitution is clear that sovereignty is inalienable & in the People. It is the people whose powers are delegated to the Executive, Legislature & Judiciary to exercise on behalf of them. A government, Parliament & judiciary all hold positions for a term only. But the inalienable sovereign powers of the People has no time limit. So the delegated powers, the 3 pillars of governance enjoy, are what has been devolved to them by the People. Sri Lanka’s Constitution also affords some fundamental rights & basis of this is the Right to Equality. This essentially means the 3 pillars are bound to treat all citizens equally. We are hearing media reports that certain citizens who have no land ownership are being given state land with provision to even sell. This is a violation of fundamental rights of all citizens and moreover it will pose a risk if the new owners end up selling land to foreigners. State land cannot be put for sale it must be sustained for future generations. A Govt elected for a term cannot dole out deeds to only some citizens which is violating the ‘right of equality’. If a Govt sells all state land to present citizens what is left for the State to govern & what is left for the future generations?

“In the Republic of Sri Lanka sovereignty is in the People and is inalienable. Sovereignty includes the powers of government, fundamental rights and the franchise” while Article 12 of the Constitution states “No citizen shall be discriminated against on the grounds of race, religion, language, caste, sex, political opinion, place of birth or any such grounds”. The Supreme Court has held that state land is held by the state IN TRUST for the people. (Land Ownership Bill Special Determination No.26A-36/2003) No person can acquire prescriptive title to state land by virtue of having a permit (section 161, Land Development Ordinance).

On 10 December 2019, Minister Chandrasena presented to the Cabinet, a detailed proposal a ‘Plan to accelerate the ‘Management of State Land’.

Accelerated Programme for State Land Management planned to be implemented from the month of December 2019 up to the month of March 2020 by the institutions coming under the purview of the Ministry of Lands & Land Development. The programmes involved issuance of permits, Grants and Leases, in terms of the Land Development Ordinance and the State Land Ordinance after holding Land Kachcheries, conducting Mobile Days and Field Day programmes, issuance of Title Certificates under the Title Registration Act, regularizing of Land Data System, Launching of the New Edition of the Road Map and the preparation of Land Manual etc. are anticipated to be implemented.

In July 2019 then PM Ranil Wickremasinghe pledged to give freehold ownership of land to all Sri Lankans. He gave land deeds to 1500 people in the Ampara district ‘in line with the program to give 1million land deeds’. He went on to say that the objective of the yahapalana govt was to ‘amend the existing land laws & to give freehold ownership of the land to the people who have been enjoying land for 10 years”. He adds that it took over 2 years to draft the bill.

PM Ranil in Nawalapitiya declared that the yahaplana govts economic policy was aimed at ‘expanding free market economy in Sri Lanka’ and reiterated against that ‘giving outright land ownership to the people is a part of the government’s policy of safeguarding the economic freedom of the people”. “The government is now distributing one million deeds to the people granting them outright ownership of their land”

However, the Movement for Land & Agricultural Reform (MONLAR) cautioned against the move claiming that “large multinational companies have made small time farmers bankrupt and are buying off their agricultural land,” Chinthaka Rajapakshe, Convener of (MONLAR)

In July 2018 then health minister Rajitha Senaratne said that PM Ranil would grant 150,000 families land deeds and another 1.6million thereafter. The article also discloses that PM Ranil was planning to given 1.3m land deeds in 2002 too but his government had been dissolved before that!

7 October 2017 Yahapalana launched granting of 1million land deeds by Ministry of Lands to those on lands under the Lands Reform Commission.

The disbursement of 1.5million land deeds is part of the State Land privatization bill connected to a key precondition of the Millennium Challenge Corporation. The Bill was challenged in court & to which the Supreme Court held that it must be included into the Order Paper after obtaining consent of the provincial councils. Inspite of this ruling the government is continuing to dole out land deeds.

People who were on land owned by the state, people who never had land ownership are being given not only a land deed giving them land ownership but they are also able to sell that land & place land as collateral for bank loans. The Government is also claiming that if the new owner does sell the land he can use the money for another economic venture. In other words the government wants farmers to look for alternative means of livelihood. Non-agricultural investments will have bigger opportunities. So, is this the overall objective in giving land deeds to farmers?

84% land including resources on it belong to the State. Presently state land is given on permits with restrictive conditions. The permit holders may not have a piece of paper claiming they own the land but they have been living for generations in it and they can be assured they have a land to live, a livelihood and a roof over their head & recipients of handouts by the government including various welfare measures.

Now fast forward & place them as private land owners. The government has no duty or responsibility over them or their welfare. The land owner is on his own. He & his family are on their own. In times of difficulty they can only go to the bank & seek loan. Will banks give loans to anyone who has inconsistent monthly revenue? What happens when the land owner cannot repay the loan taken by the bank. The bank takes over the land & eventually will decide the auction that land. Imagine 1.5million such land put for sale. Who in Sri Lanka has the money to buy such extents of land? If no Sinhalese, Tamil, Muslim can buy the land what next happens – the foreigner steps in because the yahapalana government amended in 2018 the Land (Restrictions on Alienation) Act No. 38 of 2014 enabling foreigners to buy land & own property. So who will eventually own this 1.5million land deed given lands? The foreigners.

So what happens to the farmer & his family – he has no land, no means of living, no house to live, no place to stay. 1.5million families given deeds means minimum 5million people likely to be internally displaced. Does the Govt have any obligations to find him land or home or livelihood? Where does this farmer & his family go to? There is only the sea surrounding Sri Lanka which is the only territory Sri Lanka has left unless that too has been given to foreigners!

Who has thought about the likelihood of 5million people becoming internally displaced? What was the benefit these 1.5m land deed ownerships on a piece of paper got in the end?

A government is only in power for a term & holds power over lands & resources of Sri Lanka in TRUST.

A government is not entitled without the consent of the people to be giving land deeds that secures Sri Lanka’s sovereignty to only SOME citizens only.

If a government decides to give land deeds then the government has to give all 84% of land that belongs to the State to all the 21million citizens in Sri Lanka PLUS leave enough land & resources to the future generations too.

How realistic, practical & legal is this?

Ultimately the Govt is putting Sri Lanka in trouble, itself in trouble, the new land owners in trouble & creating a problem that the government has no scope to resolve!