MCC Review Committee CANNOT be above the Law or the Judiciary 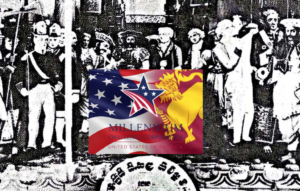 There are 3 pillars of governance in Sri Lanka while the constitution is very clear that the sovereignty is inalienable from the People of the Country. Therefore, the President, Parliament & Judiciary all are empowered by the people and they only enjoy powers delegated to them by the People to function on behalf of the People and not in their personal interest or their political party interests. In short it means that the decisions by the 3 pillars must conform to the interests of the Nation and the Majority of People who live in the Nation. Several times the previous government made attempts to pass the Land Special Provisions Act and FR petitions to Supreme Court resulted in verdict claiming that the consent of the Provincial Councils was required. MCC Review Committee is restricted by this Court verdict because MCC Agreement 1-33 states that MCC funding is subject to privatizing State land.

Respecting the court decision, in August 2019 GoSL withdrew the controversial State Land (Special Provisions) Bill in Parliament citing that Annex 1-34 could not be followed.

The Wickremasinghe Govt said that it intended to give 2.5m land deeds to people privatizing state land. 2.5m owners cannot take the rights away from 21million people plus future generations.

Failing to pass the State Land (Special Provisions) Bill the Wickremasinghe Govt tried another stunt by bringing Ruhunu Development Corporation Bill which too was included in the Order Paper. The Bill proposes to vest the PM with powers to declare any extent of land in districts of Moneragala, Hambantota, Matara & Galle as economic development zones through a simple gazette notification and allowed the Ruhunu Economic Development Corporation the powers to lease or rent the lands to any person or company for economic development projects. The subtle manner that the Bill was trying to usurp state land was obvious.

This too was challenged in Supreme Court which determined that proper procedure was not followed as Sections 16 & 17 of the draft Bill were subjects that came under Provincial Councils and should have PC approvals before seeking Parliament approval. http://www.lankaweb.com/news/items/2019/09/01/sri-lanka-ruhunu-economic-development-corporation-slredc-bill-detrimental-to-the-country/

In November 2019 the Government Medical Officers Association (GMOA) filed a Fundamental Rights petition in the Supreme Court seeking an interim order staying all approvals and decisions issued by anyone in respect of the Millennium Challenge Corporation (MCC) compact, Status of Forces Agreement (SOFA) and, Acquisition and Cross Servicing Agreement (ACSA).

GMOA claimed its FR guaranteed under Articles 12(1) and/or 14(1)(h) of the Constitution had been infringed & continued to be infringed by the Cabinet of Ministers granting approval for MCC USA.

The GMOA further said that if the MCC is signed or executed in Sri Lanka it would erode & impinge the fundamental tenet of Sovereignty of Sri Lanka which the constitution provides “Free, Sovereign & Independent’.

The MCC clauses and other undisclosed letters mentioned in the agreement cannot be taken lightly or given to a Committee to determine on behalf of the entire nation & future generations. We are talking about an agreement with a country that has militarily intervened in nations, dropped atomic bombs, cluster munitions, carried out regime change and interfered even in sovereign elections and is bulldozing their way into countries to grab land & resources. No Committee can simply stick to the wording of an agreement completely ignoring the background of the signatory party.

Even in giving a house on rent, the house owner does a thorough background check on the person he/she is leasing his premise to.