CORONAVIRUS outbreak – Who is responsible? 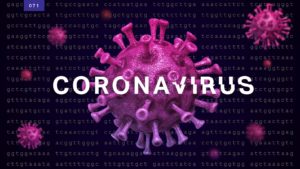 Everyone has a right to their opinion but a subject as important as the present global outbreak requires some meaningful debate and certain actions give clues to read between the lines to understand whether the virus was something natural, something spread by accident or something purposely created. There is no patient zero found to date. But that is crucial to answering a plethora of questions.

The 3 questions we must now answer is

When the virus first came to be known when a strange pneumonia began to surface in China in November 2019, the Chinese had alerted the WHO of a strange flu affecting citizens of Hubei province/Wuhan city. Eventually, the WHO came to christen the virus as COVID-19. Ironically that very month the US organized Event 201 a global pandemic exercise.

The international media owned & controlled by West naturally went to town claiming the virus originated from the seafood market in Wuhan and a plethora of animals and birds was attributed as being the cause. However, on 18 March China’s chief medical advisor rejected this notion. The virus did take place in Wuhan but Wuhan was not the source of the virus.  A petition in March 2020 claimed the virus leak from Fort Detrick could have been the source for covid-19. http://en.people.cn/n3/2020/0321/c90000-9670852.html

Fort Detrick was where the US Army biological warfare lab is situated with 900 employees. According to NYT in 2009 “research at the institute in Fort Detrick was suspended because it was storing pathogens not listed in its database.

The army institute also employed Bruce E. Ivins, a microbiologist who was a leading suspect — but who was never charged — in the anthrax mailings in 2001 that killed five people. Dr. Ivins died in 2008, apparently by suicide”

So the lab had been storing pathogens illegally.

It was round about the same period that the State saw mysterious respiratory disease affecting hundreds of Americans. The blame was put on e-cigarette vaping though that had been happening for years.

The lab was suddenly shut down in August 2019 – ‘National security reasons’ ensured Centre for Disease Control was denied access to details. But it does raise the question whether the leak was responsible for the early start of the flu season?  US flu season so far has affected 32million, hospitalized 310,000 and killed 18,000 from Jan to March 2020 alone!

With these numbers at hand to avert further cases shouldn’t the US Govt have taken quick action to conduct corona tests?

Simultaneously with the petition came the Chinese Foreign Ministry spokesman’s twitter claim that corona virus was brought to Wuhan by the US Army. How did that happen? Another article claims the virus went from Fort Detrick to e-cigarettes to Hawaii & then to Wuhan!

Which means the US soldiers would have been carriers. In fact 300 US military personnel attended the World Military Games in Wuhan in Oct 2019 – did they visit the Wuhan seafood market? They returned to the US only on 5 February 2020 and were kept for 2 weeks quarantine in Miramar California. By 12th March 3 US marines had tested positive. 280 reported confirmation includes military, family members & contractors. As for 27 March 2020 California had 4569 cases and 90 deaths.

5 of these athletes evacuated from Wuhan were eventually hospitalized with covid-19. Initially the reason for their hospitalization was put to malaria and not covid-19. https://sacramento.cbslocal.com/2020/02/07/cdc-5-evacuees-wuhan-travis-afb-hospitalized-coronavirus-symptoms/

There were also rumours of containers of bioweapons found inside the US consulate in Wuhan though no official statement can verify authenticity of such allegations.

What is interesting is that when locals in Wuhan started showing signs of Covid-19 in November 2019 it coincided with the post-incubation period following the military world games in Wuhan.

No Patient Zero – only a contracted case

The 1st covid-19 REPORTED case was a 55year old male from the Hubei province on 17 November 2019 according to South China Morning Post. From whom did he contract the virus and was he actually the 1st to CONTRACT the covid-19 virus?

Fast forward to March 2020 – an article appearing on FORBES quoting Global Times claims a US military cyclist who took part in the military games in Wuhan is responsible for bringing covid-19 to Wuhan. Global Times claim is based on George Webb an American investigative journalist who says the coronavirus was manufactured in a US military lab & brought to Wuhan/China by Maatje Benassi a 52year old racing cyclist.

So the question that needs answering is – is US military cyclist Maatie Benassi patient zero?

Global Times asked the US Government to “release health and infection information of the U.S. military delegation which came to Wuhan for the Military World Games in October,” and relieve all doubts!

Though many claim the virus to be rooted in the seafood market in Wuhan of the first 41 cases 34% were not related to this market! According to Lancet Journal all 41 cases showed pneumonia in their CT scans.

Further collaborating with the notion that the covid-19 could not have been form the Wuhan seafood market is the claim of a infectious disease specialist of Georgetown University (Daniel Lucey) who says that incubation period & symptoms of infection & presence of infected did not tally with those from the Wuhan market & those infected who had no links to the Wuhan market. This theory was accepted by a biologist from the Scripps Research Institute.

Then there is the Japanese couple who left on a 10 day vacation to Hawaii. The husband had shown no signs of virus symptoms when they left Japan in late January 2020 but began developing symptoms. They returned to Japan on 7 February 2020. The couple tested positive. https://www.nytimes.com/2020/02/14/us/coronavirus-hawaii-japan.html?fbclid=IwAR0dL_fdXunTOARII6HZp0Tq4N6-iEbbY7Y9IRsRo2DYitclqmqKyzaXLiM

Taking the countries most affected by covid-19 – China, Italy, South Korea, Iran, Spain, UK, France, Switzerland & US while China & UK showed two different variants of the 5 strains of the virus (bunyavirus, phlebovirus, nairovirus, tospovirus, and hantavirus) only in the cases in USA showed presence of all 5 genomes. How is this?

China however had shared with US the variants in China. http://www.xinhuanet.com/english/2020-02/07/c_138763999.htm The strain of covid-19 in Italy differs to that in China. Which explains why no one can link how a virus first detected in Wuhan came all the way to Italy. So not only must we find Patient Zero in China, we must find Patient Zero in Italy.

It is interesting that covid-19 and SARS both were discovered in China but discovery in China does not necessarily mean it originated in China. Here is the difference.

So we return to Fort Detrick where US has a biological warfare lab which had been sealed for fears that deadly viruses could leak – the lab was suspended in 2009 too for illegally storing pathogens. Let us not forget that this was the same lab that was handling ebola, smallpox and 2001 anthrax in which FBI’s main suspect was Bruce Ivins a senior researcher Fort Detrick. The moment Ivins was to be charged – he commits suicide so nothing gets revealed.

While the US claims corona is one of its biggest intelligence failures there are some puzzling developments before the corona outbreak in Wuhan. While the panic has resulted in country-wide lockdowns, curfews leaving people stuck at home with no means of earning and some with no jobs while entire global supply chains, manufacture and production have all been put on hold – the actions of a handful of people raise eyebrows.

Jeff Bezos, the world’s wealthiest person has become $5.5billion richer selling 12% of Amazon’s shares ($3.4b) held by him in February. Larry Fink, CEO of BlackRock also sold his shares saving losses of $9m, Lance Uggala CEO of HIS Markit also sold $47 of his shares before the stock markets spiraled.

While the rich sold off billions of dollars worth of their shares others resigned with 1480 CEOs resigning in 2019. Some of the CEOs of the biggest companies resigned – Boeing, McDonalds, GAP, United Airlines, Well Fargo, Kraft Heinz, HP, Warner Bros, Colgate-Palmolive, eBay, Nike. Then in January 2020 another 219 CEOs resigned and these CEOs included heads from Disney, IBM, LinkedIn, Mastercard, Credit Suisse. At no time has there been such an exodus of CEOS from the corporate world and sold of $9.2b of shares in their own companies. Why?

Not stopping there why did Members of Congress also begin to sell their stocks just before the market went down owing to corona? Most of the corporate boards are full of former politicians or retired VIP state officials who still have a say in government. US Senate website gives details.

Then you have the philanthropists like Gates – who insists on corona testing and though WHO undertakes it, it is the Gates foundation that funds it! It is the same entity that conducted a mock pandemic in October 2019 at the John Hopkins Centre (Event 201), though Gates & Co insist on vaccines, China managed to overcome the virus by a simple use of vitamin C. Vaccines are not necessary! But when SARS outbreak emerged in 2003 leaving 774 dead and over 8000 sick, the patent for SARS vaccine is held by US.

However, the debate continues as to whether covid-19 is a natural or man-made virus and for what purpose it was spread or perhaps the result was not quite what was planned. What we do know is that it has caused pandemonium across the world with virtually everything collapsing and its going to take a hell of a lot of planning and unity to get the world and countries on track again.

As for the question who did it – is it US or China… that is like comparing a country that has used the atomic bomb twice, illegally invades and bombs countries at will, sets up military bases all round the world, uses drones and assassinates opposition, carries out regime change, interferes in internal affairs of nations, bullies smaller nations over and above many other crimes against a rising eastern power that uses economic mutual development as a tool to not only raise its profile globally but assists other countries to get their development on track as well.

The reader can ponder & decide