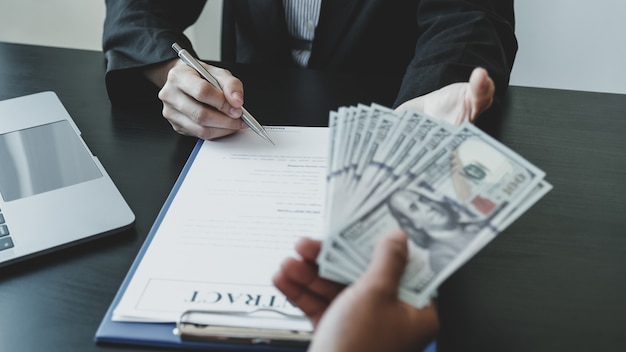 The subject of “corruption” is taking prominence throughout the recent protests taking place in Sri Lanka. This has led to the people claiming that they wish to reject entire 225 member Parliament. Corruptions cannot be committed by politicians on their own. They are assisted by the Secretaries, Public Officials & Advisors. The role they play in the corruptions often get unnoticed & evade public scrutiny. Let us realize that no treacherous pact/agreement or deal can proceed without the involvement of the State officials who are tasked to negotiate with their counterparts & draft the clauses that ink these deals. Signing becomes the final stage of the deal. However, had these Secretaries & others, who were tasked to complete the deal, put their integrity & loyalty to the Nation above that of their “job” & even resigned refusing to do so, the politicians would have been in a pickle to pass them. That most secretaries have not, requires the public to turn their lens on these Secretaries/Public Officials and Advisors too, now that we are trying to clean the system & cleanse corruption from the entire system.

Let us revisit some of these treacherous agreements.

The contents of the Accord were guarded secrets, it was signed under virtual duress under emergency curfew with media debarred & the Cabinet forced to give undated letters of resignation.

The Accord itself had numerous controversial clauses full of historical errors which should have been pointed out by Sri Lanka’s officials & removed but were not. North & East were never Tamil Homelands or areas of historical habitation of Tamil speaking people & there was no requirement to merge North & East. Did advisors point out that India failed to fulfill its promises making the Accord invalid (Pacta Sunt Servanda). Did Officials not give leaders arguments to refuse to pull Sri Lanka’s troops out of the North & confine them to barracks?

The Indo-Lanka Accord does not mention a 13th amendment at all, so why didn’t officials point this out & point out the dangers of this amendment which was diluting the unitary status of the constitution & turning it into a quasi-federal state? How many Secretaries/Senior Officials or Advisors have pointed out the waste of public funds for Provincial Council system?

Why have officials not insisted that we correct international reference to Sri Lanka’s conflict being “ethnic” when it was terrorist.

The 2nd secret agreement signed between Ranil as PM and Prabakaran as Terrorist & called the ‘roadmap to peace’ which was actually a roadmap to pieces of Sri Lanka. Why were there no people’s protest or even Public official protests for putting a terrorist group on par with a sovereign state & ceding territory to terrorists? The carrot to sign was some billions dangled by the West (US, Japan & Norway) Who & how many public officials are guilty of quid pro quo in allowing such a treacherous agreement? LTTE brought in sophisticated satellite equipment which was cleared & taxes paid by the state on letters signed by the Secretary! Who was the Secretary Defense who would have been privy to all the treacherous clauses undermining the sovereignty of Sri Lanka? Who was the Secretary for the UNF/PM who would also have been privy to every line in the agreement?

Who was the Head of the Sri Lanka Peace Secretariat – who would have also known how treacherous the agreement was & who was handling the legality of the agreement that gave LTTE 95% of Eelam?

This proposal by LTTE was to legalize what was provisionally given by CFA. Ranil baked the cake (CFA) and CBK agreed to ice it & hand it to LTTE inspite of international ban on LTTE. The carrot for this betrayal was $5b. This agreement too was kept secret from the public allowing LTTE to rule over Muslims & Sinhalese. All who were privy to the agreement did not object or question any of the clauses which included allowing LTTE to administer all State land, financial affairs, judicial affairs & development in exchange for $5billion to keep quiet. Who were the Public Officials that handled the Sri Lankan state side of this agreement & kept mum about it.

Apart from the patriotic voices raising concern over the dangerous clauses even the pro-West Sri Lankan media chose to keep silent. ISGA carrot was $5billion & the PTOM carrot was $3billion. President CBK signed this on 24 June 2005 going so far as to omit South as a victim of tsunami. Hereto, the Govt was put in par with an internationally banned terrorist organization allowing LTTE majority in the Committee being created without any opposition from Sri Lanka public officials.

There are numerous other agreements that also need to be mentioned – ACSA, SOFA, MCC as well as trade pacts like ECTA, Singapore Trade Agreement & the present MOUs signed allowing foreign naval to coordinate on Sri Lanka’s waters & foreign troop presence as well. These are all undermining our sovereignty. Given the manner the other parties are given free reign over Sri Lanka, it makes it a formidable task to take back what is given eventually.

Politicians are elected only for a term of office. They cannot barter the country as they do. Public Officials are servants of the state and paid to protect the state. Of late we see many inducements – green cards, scholarships, foreign trips etc and these are the carrots being dangled to enable dangerous clauses to be included without objections. Most of these agreements omit exit clauses and even provisions to legally safeguard Sri Lanka’s interest. Politicians nor Public Servants own the land or the resources & assets to think they can sign on any dotted line & hand to foreign govts or corporations. The power of a state lies in its ownership of land/resources & assets. What good is a land if everything is leased? How will public servants even get paid if there is nothing to tax as everything is handed over to foreign govts or foreign corporations? 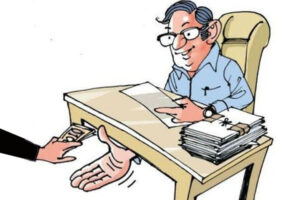 Nothing should go through without scrutiny. They cannot function as “Yes Men/Women”. They must view all agreements from the lens of its dangers to Sri Lanka & advise not to sign such. There have been many secretaries in the past who have resigned because they did not wish to be part of any treachery. This was the caliber of officials we had.

If Secretaries/Public Officials/Advisors are criminally held liable for every dangerous deal undermining the constitution & their duty to the State of Sri Lanka, action must be legally taken against them & all those screaming “accountability” and “end corruption” should be ready to file cases against them. Such action will be a check & balance option to curtail political corruptions as well. If Secretaries/Officials/Advisors refuse to sign or be part of drafting dangerous deals – corruptions will end & we can safeguard our nations assets & resources. At present Secretaries/Public Officials/Advisors do not feel any pressure from public scrutiny. But they cannot be allowed to hide & commit acts bordering treason. Some of their actions is giving a bad name to the many loyal Secretaries/Public Officials & Advisors who exist but have no place because of their honesty.

Time to clean out the corrupt Secretaries/Public Officials & Advisors from ALL Government institutes.