Rioters vs Protestors vs Political Protests – where do we draw the line?

On 31st March 2022 people gathered outside the President’s residence appealing for a solution to the economic crisis prevailing across the country. This soon erupted into altercations resulting in the burning of a military bus & police vehicles. No peaceful protestor would resort to such acts but rioters would. The issue at hand is that in a crisis-hit nation, when rioters merge among protestors with intent to cause mayhem, not only is the message of the protestors not getting through, finding solutions to the problem is delayed while more problems get created. When everyone fishes in troubled waters – the waters becoming murkier only.

The 31st March 2022 protest soon led to political protests being organized across the country. So we had 6 types of people organizing themselves under the banner #GoHomeGota & RejectAll225. 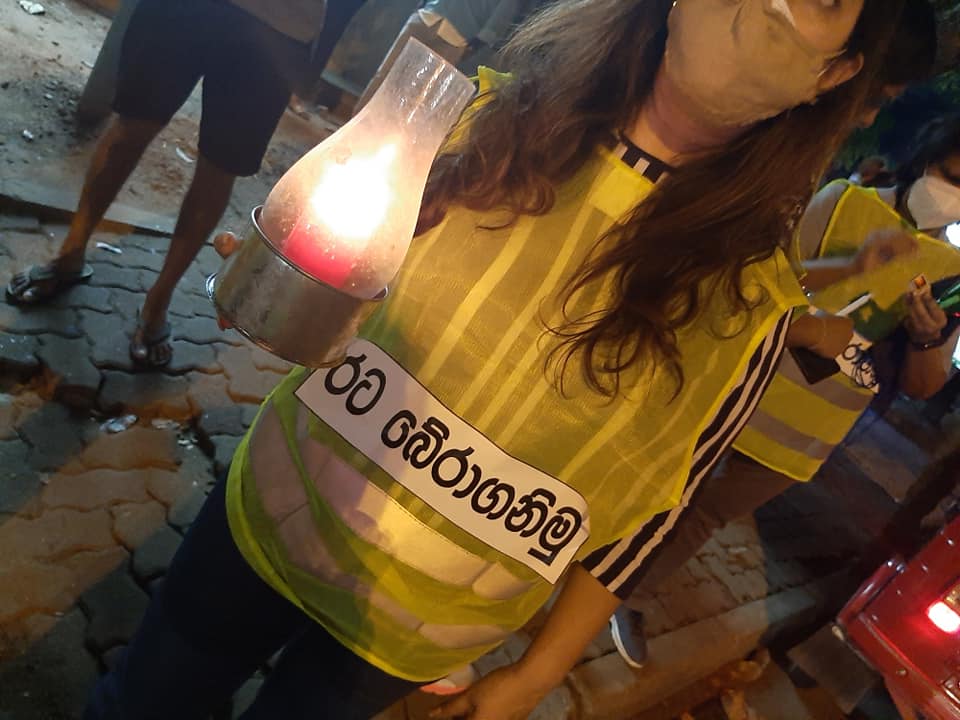 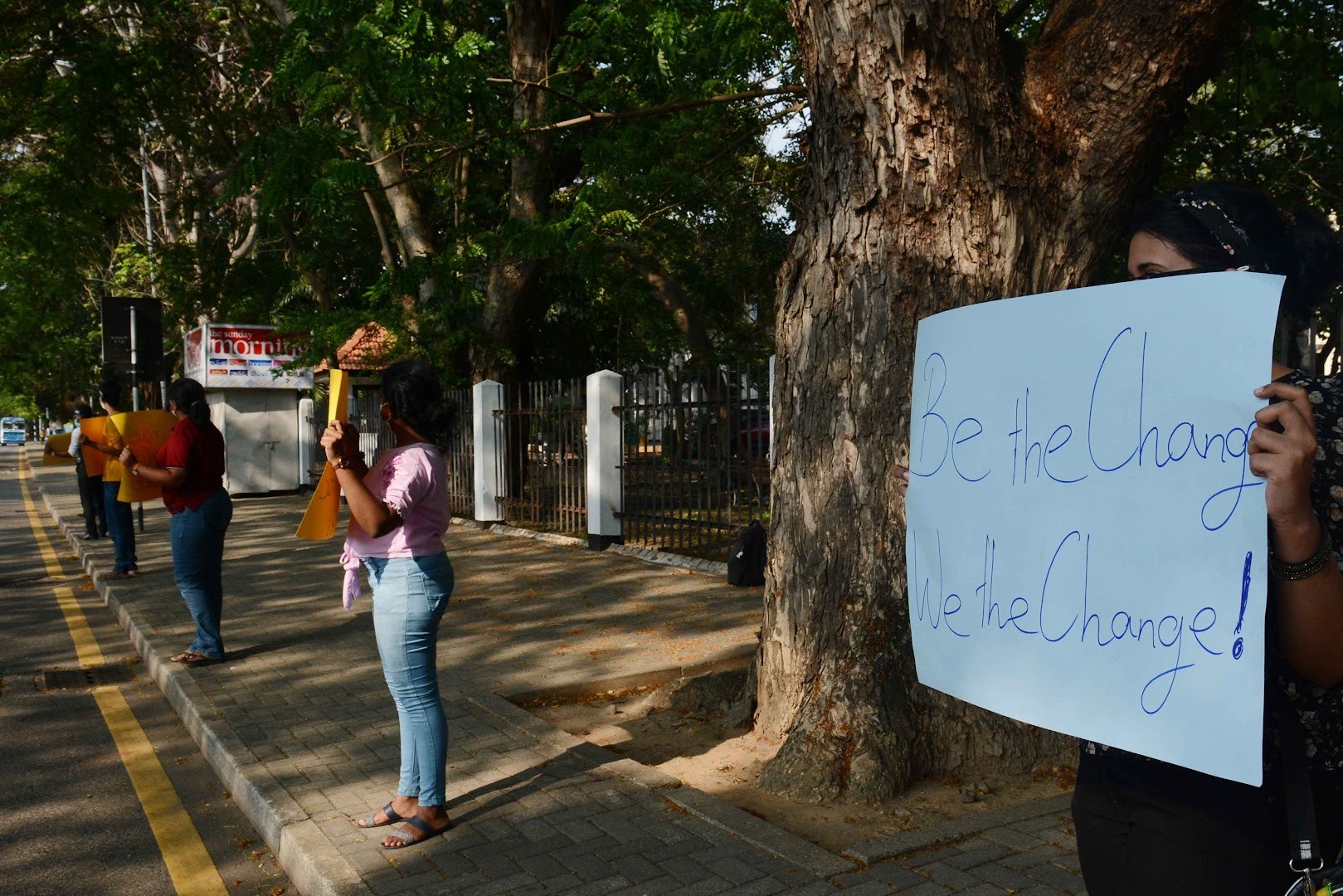 Group 1 : these protestors can be categorized as genuine protestors who were throughout mid-March holding pocket protests with handwritten placards expressing their opinions by chanting & walking in protest. They were mostly middle class urban people who had steady jobs but were concerned for where the country was going. These did not initially have any foreign backing or sponsorship but with time numerous foreign-infused whatsapp groups had been created & were steering the protests from remote control! So we can assume that their voice was subtly hijacked. 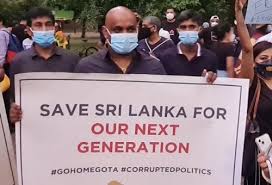 Group 2: This group comprised those who wanted to get media attention by showing their concern & it ended up a nice soiree with everyone meeting for ‘hi’s’, hugs and laughter. Though their presence was harmless it diluted the actual message of the protestors as attention was drawn to their celebrity presence. Even children became guineapigs for the protests & slogans. 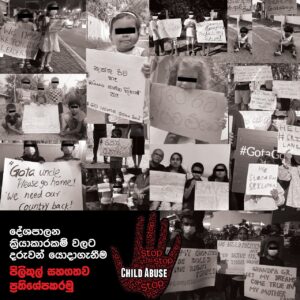 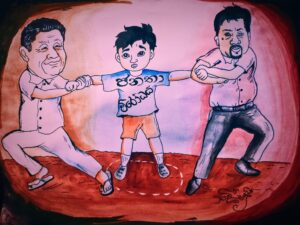 Group 3: This group probably comprised urban youth who were enjoying the fun momentum of the situation taking selfies, singing & dancing, while another set of youth who were anyways jobless were ever ready to take mileage of the situation & engage in any form of mischief & soon they began breaking shops to steal & giving foul language voice-cuts.

Group 4: The next group of youth were not surprisingly organized by the JVP & its associate entities & were using emotive language to create violence. These would have all been backed by many who had separate agendas to fulfil. JVP is often the usual culprit for such violence given their past as seen by the present calls to attack military & police as well as their families. The JVP started their spate of violence in 1970s, 1980s and 1990s and eventually met their waterloo when they began killing armed forces personnel & their families. Is the mischief makers attempting a repeat performance? We can also recall July 1983 again organized the political party in power where hired goons attacked homes of Tamils, set fire & stole their belongings. This group is one of the most dangerous as they use all modes & means to spur violence & they have the numbers to start the initial violence & allow it to spread. The modus operandi in verbally attacking the armed forces & police is to force them to react & once that happens & an outcome ensures, Plan B is to run to Geneva or get lawyers lobbying for their cause to back them – with claps too.

Group 5: The attacks to homes of politicians had to have been by rival politicians either within the party or from opposition. This was a great opportunity for revenge & eye for an eye. We saw a protestor outside the President’s residence claiming that he step down as President & make way for the Opposition Leader.

Either way these acts of violence resulted in burning & destroying homes & property. It would be interesting to see how the foreign envoys & UN issues statements on these acts given that the victims were ruling politicians.

This group was the most lethal with 24×7 posts spreading fake news, fake images, posters & sensational ‘breaking news’ to arouse the protestors & rioters. Plenty of fake profiles had been created and most of these were again steered from overseas. The targets were clear & to balance the bias, the opposition was subtly targeted too. These fake profiles were tasked to continuously attack all those who were attempting to defend the nation & silence them.

U S House of Representative Member (D) New York – Max N Rose joins the Sri Lankans’ protest in Times Square New York, demanding the resignation of the Sri Lankan President and assures the protestors voices will be heard at the Highest Level of US Government

Be that as it may, the losers have been once more the genuine protestors who were either on the road or silently protesting from homes. If they thought they had to deal with the rising cost of living & the lack of essentials due to dollar unavailability – the actions of the rioters and political protests have led to foreign nations issuing travel advisories to tourists & investors arriving in Sri Lanka further crippling the economy of revenues that were very much needed. So group 2, 3 & 4 have contributed to further chaos for Sri Lanka while also giving the UN/UNHRC & foreign envoys an opportunity to attack Sri Lanka adding to the multi-pronged attacks the government is faced with. All this does not pressure the government to take actions as their attention is now diverted to solving the law & order situation in the country & there is always the possibility for the politicians to use the outcome of the reactions & give attention to that without drawing attention to the appeals of the protestors.

Not denying that the government had its own faults which cannot be ignored, but when groups 2, 3, 4 & 5 have added to the fire they all should end up in the guilty bucket.