Lt. Col Issipriya is a LTTE Journalist – Would journalists like terrorists to be called “journalist”

Who is Issipriya? Who was she employed with? What was her role?

Issippriya was a female member working in the LTTE communications unit – Voice of Tigers. She was given the rank of Lt. Col. which clearly proves she was no laymen and her LTTE identity card is evidence. She was also married to former LTTE sea tiger Sri Ram. While there is no issue with commemorating her 40th birthday, that commemoration is for her role as a terrorist communications expert. It would be insulting the profession of journalism to have members of terrorist movements defined as a ‘journalist’. It is unfair and it is morally wrong. Would journalists like to have terrorists presented as “journalists”?

It was no one else but UK’s Channel 4 News that revealed Issipriya was a member of the LTTE who was recruited by the LTTE. She was born in 1982 – does this mean she was a child soldier?

Channel 4 also claims that Lt. Col. Issipriya was inspired by Black Tiger combatants who were tasked with suicide missions.

Why would international mainstream news agencies give prominence to a terrorist journalist banned by 32 countries?

Would Channel 4, New York-based Committee to Protect Journalists call for an international inquiry into the death of a terrorist TV presenter?

As for Sri Lanka’s government, LTTE is banned and anyone associated with promoting LTTE equally stands guilty & it behoves the government to take action.

The Galle Face Green was meant to be a venue for people disgusted with the government & the country’s economy to vent their anger. It was not a venue for to be baptizing Sri Lanka, or to be tarnishing Buddhism, or to be changing the national flag, national anthem or for LTTE separatists to be promoting their comrades.

LTTE & its supporters have every right to commemorate terrorist dead. These were men, women & even children fought on behalf of the LTTE. 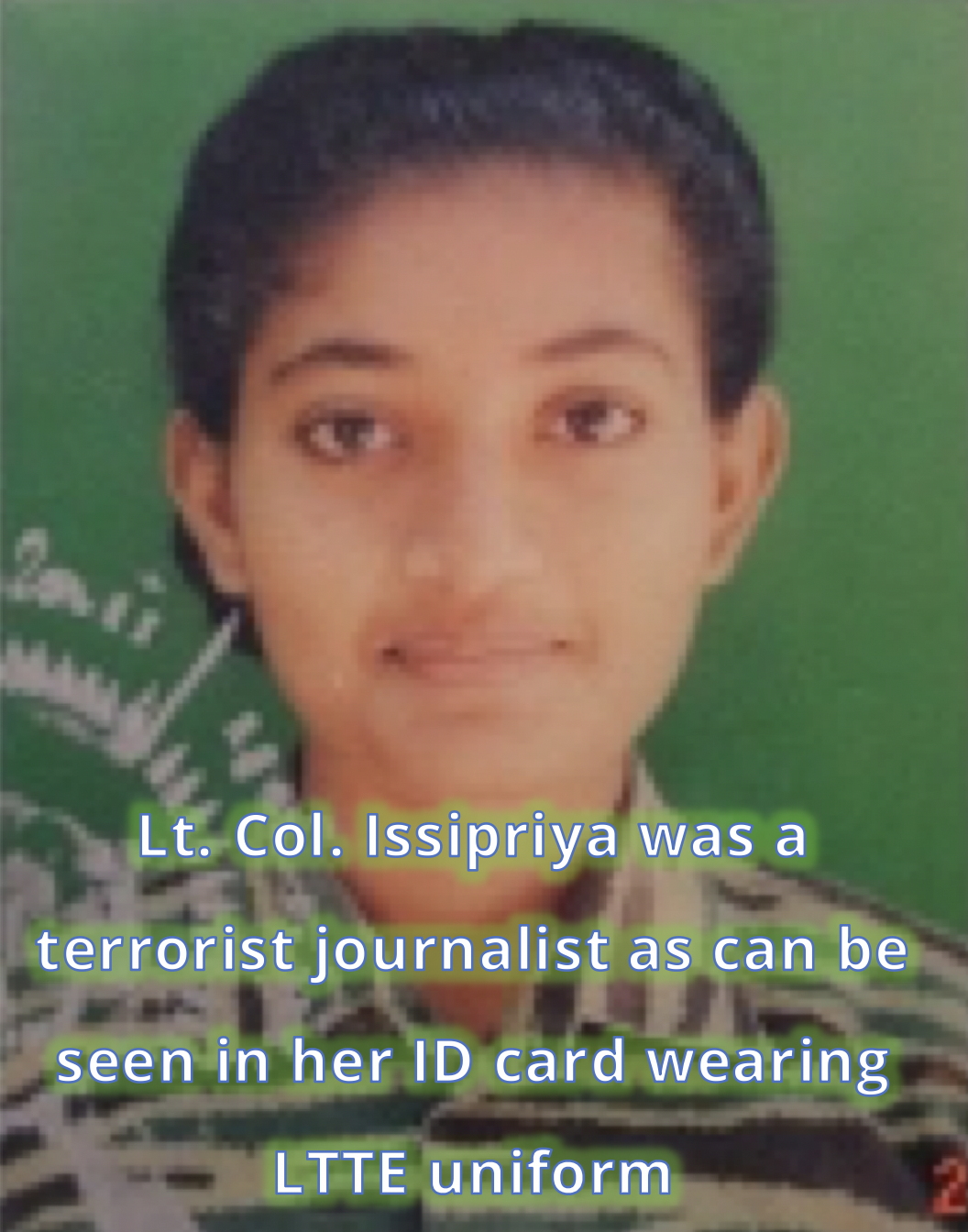 However, it is questionable to have a ranked LTTE female – Lt. Col. Issipriya to be called a “journalist” especially referred to as “journalist” by international media agencies…. Is this agreeable with journalists – local & foreign?