MCC – English ONLY is OK – Sinhala/Tamil is Not OK – where are the Hooles & the Howlers?

Section 4.1 of MCC says all documents & communications are to be in English.Section 6.4 of MCC says the Government Law is to be ‘international law’(not Sri Lankan laws). The Ministry of Finance website says “The Attorney General is in the opinion that Agreements are in order and there exists no legal impediment to execute same”– how is it that no one has saw fit to object to the fact that everything is to be in ENGLISHin a country where 90% are not conversant in English or even computer literate or having internet facility to undertake land transactions in English. Are all Sinhalese happy to do all land transactions in English? Are Tamils who objected to “Sinhala Only” ready to embrace “English Only” and where are all those know-it-alls who claim to have spoken on behalf of minorities against the Sinhala Only but are keeping mum about the English Only? Won’t minorities be impacted by the English Only or do their mouths & arguments function for issues related to “Sinhala Only”? The MCC Land Project is to be in ENGLISH raising the constitutional violation of the 2 official languages in Sri Lanka. No one has even objected to MCC Agreement being ONLY in ENGLISH with no translations made available to even Parliament MPs. The MCC is getting away by publishing a 2page factsheet in Sinhala & Tamil without translating the entire MCC Agreement to Sinhala & Tamil.

Divide & Rule of colonial invaders was to marginalize the majority and uplift the minority. No one complained about the discriminations Sinhalese suffered.

Half the students at the Colombo Medical College when set up in 1872 were Tamils.

Half the students of the Technical College when set up in 1902 were Tamils.

In 1938, Tamils held 19.4% of government jobs – disproportionate to the population.

In 1948, after independence 60% government jobs were held by Tamils who were less than 10% of the population

Even by 1956 (8 years after independence), 30% Ceylon Administrative Service, 50% Ceylon Clerical Service, 60% Engineers & Doctors, 40% Armed Forces were held by ONLY Tamils while 31% of students admitted to university were Tamils.

The Soulbury Commission acknowledges Tamils “benefitted for over a century from first-rate secondary schools founded and endowed by missionary effort”.

What needs to be noted is that throughout colonial rule it was the ELITE from all the main communities that enjoyed the perks & privileges of colonial rule and none of them were too bothered about the sufferings of their own communities who were poor, uneducated & unlikely to gain proper employment without English. Are we returning to that period after over 70 years of “independence”!

The Official Language Act was in reality to regain the status for the Sinhala language that was illegally taken away by 3 foreign invading forces. Sinhala language and Buddhism enjoyed royalty status prior to 1505 – there is no evidence or historical record of Tamils enjoying official language status at any time before 1505 or during colonial rule. To claim grievance, one must lose what one was enjoying. Thus, the language and religion status was applicable to only the Sinhalese. However, that valid claim was quickly tarred by a well-funded propaganda to claim the official language act was against Tamils & Tamil language which was completely false as the demand was to return the language status that the Sinhalese language enjoyed which was denied to them. When the Official Language Act was enacted in 1956, there was much hue & cry over Sinhala language regaining its lost status after 443 years of occupation. Tamils went so far as to travel to the UK Privy Council to object and filed court cases too. Ultimately a bogus Indo-Lanka Accord in 1987 placed Tamil as an official language.

Ironically the same Prime Minister accused of bringing the ‘Sinhala Only’ Bill was also responsible for uplifting the low caste Tamils via Social Disabilities Act of 1957 enabling them to gain education, which the high caste/class Tamils objected and travelled by ship to plead with UK Privy Council to annul. http://www.lankaweb.com/news/items/2018/03/02/all-lies-the-1956-sinhala-only-act-is-not-the-root-cause-of-ethnic-tensions-in-sri-lanka 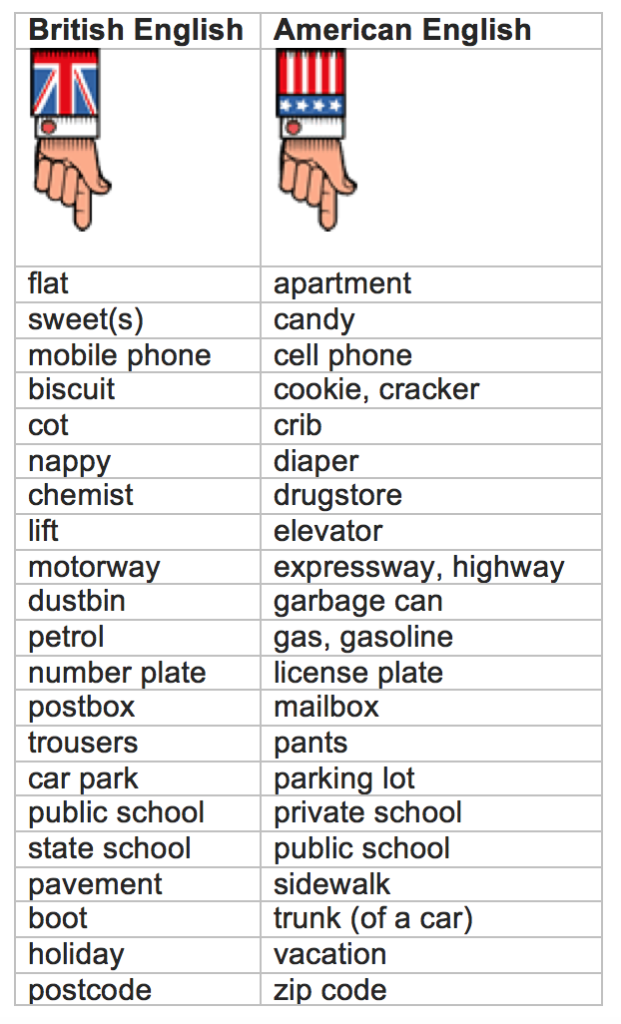 Where are the Hooles, the Radhika’s, the Pakiasothy’s, the Nimalika’s, the Viyangoda’s, the Friday Forum, the Jehans – all of the lot bellowing against ‘Sinhala Only” but silent on ‘English Only” of MCC Land Project when 99% of the people are going to be affected by this English Only MCC clause. Will Prof. Rohan Gunaratna also write an article on “English Only” ‘destroying peaceful Sri Lanka”? http://www.ft.lk/opinion/Sinhala-Only-Act-destroyed-peaceful-Sri-Lanka–Prof–Rohan-Gunaratna/14-650183Sinhala Only Act destroyed peaceful Sri Lanka: Prof. Rohan Gunaratna

The issue recalls the famous Kodeswaran case against the disadvantage he was facing for an increment because of ‘Sinhala’ https://www.lawnet.gov.lk/1977/12/31/c-kodeeswaran-appellant-and-the-attorney-general-respondent/—- won’t the same scenario apply if Tamils did not know English to read a deed, to transact a deed, to sell a property, to buy a property, to lease a property, to mortgage a property which if MCC is signed will all have to be in English including reading their own records from an English e-land bim saviya registry operated & funded by MCC? Isn’t this the same scenario for Sinhalese who can understand basic English but not English in form and content applicable to legal documents related to their land & property. How many Sinhalese & Tamils have computers or internet to be doing transactions via technology. Can Colombo wake up & take a look around at the villages across the country and see reality. 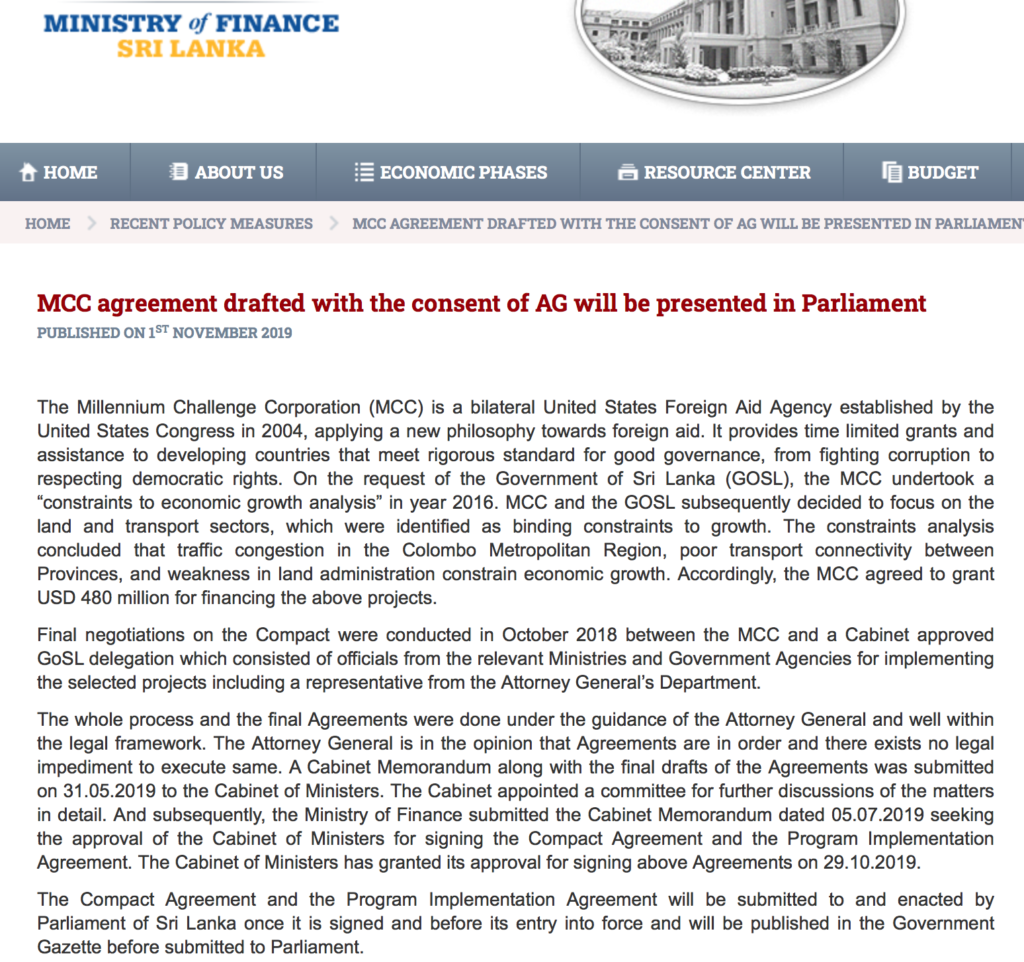 MCC Agreement must be made publicly available in Sinhala & Tamil

No Agreement can espouse to be rolled out across the country in a language that is not the official language of Sri Lanka.