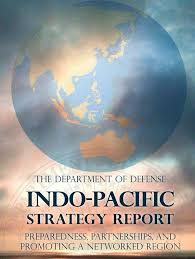 Nepal & Sri Lanka share similarities. Both countries have appointed teams to study MCC. MCC was signed by Nepal in 2017 – the state of MCC Sri Lanka has been kept a secret from public. MCC has yet to be passed by Nepal’s Parliament while in Sri Lanka the public are questioning why MCC which is supposed to be a ‘gift’ needs to be passed by Sri Lanka’s Parliament as well as why role of judiciary is removed by giving scope of immunities to MCC. 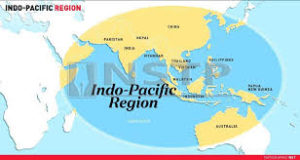 US is giving Nepal a $500m grant while Sri Lanka’s ‘gift’ is $480m. Incidentally, there is speculation that Nepal’s committee is unlikely to recommend passing MCC agreement. While Sri Lanka’s MCC Review Committee comprises 4 academics and professionals, Nepal’s MCC committee is led by former prime minister Jhalanath Khanal & includes Foreign Minister Pradeep Gyawali and former defense minister Bhim Rawal. Rawal is of the position that MCC is part of America’s objective to strengthen military alliance in South Asia as part of its US-Indo Pacific Strategy. The catch both Governments are likely fall for is to believe that clauses can be changed once passed by Parliament. We all know the impossibility of this!

Another interesting fact is that US Senate has already endorsed MCC Nepal grant but not released the money as MCC has not been passed by Nepal Parliament. Nepal is therefore footing the salaries for MCC staffers and consultants in Nepal. Wonder how much this is and whether the same is taking place in Sri Lanka too without the taxpayers knowledge! While US is giving $500m – Nepal is committing $130m …. So is Sri Lanka’s commitment amount being kept a secret???

(Kathmandu Post – Why the MCC compact courted controversy in Nepal)

“the Indo-Pacific Strategy is aimed at countering China”.

What is crucial to the discussion is whether MCC is really part of a hidden US strategy in Asia and its key objective to curtail China. Both Nepal & Sri Lanka have long-standing friendship with China. Nepal cannot forget the economic embargo by India during its new constitution when India stopped all food, medicine, petrol going to Nepal because Nepal refused to changes clauses in its constitution that India wanted. China came to Nepal’s assistance by flying in food & medicines. West managed to get Nepal to pass a new constitution in 2015 but failed to do so in Sri Lanka.

Sri Lanka has its own examples of bullying sessions by India. China has never bullied Sri Lanka or Nepal at any given time in their relationship at different levels. Naturally Nepalis and Sri Lankans alike do not wish to sign any pact that may harm relations with China or cause Asia into a new arms conflict unnecessarily.

It was the US that let the cat out of the bag with David J Ranz Assistant Secretary for South Asia of US State Dept during his visit to Nepal in May 2019 who blurted that MCC was a crucial part of the Indo-Pacific Strategy.

This statement was a stark contrast with the December 2019 statement by Foreign Affairs Minister Gyawali who claimed MCA was not part of the Indo-Pacific Strategy of the US Govt. What is the point in Nepal saying “as per our foreign policy, we won’t be associated with any alliance of any country” if Nepal by signing MCC is covertly part of US strategy against China? Isnt this the same scenario for Sri Lanka? Which is why we continue to question the nomenclature of Sri Lanka suddenly referring to itself as “NEUTRAL” instead of non-aligned. This must stop and Sri Lanka must use only non-aligned term.

According to Kathmandu Post “an expert who has worked for the Millennium Challenge Account, the Nepal office of the MCC, Nepal should consider the MCC as an economic part of the IPS”. The question is will US simply restrict itself to ECONOMIC component with Nepal after signing MCC?

Doesn’t this mean that if Sri Lanka’s Parliament passes MCC – Sri Lanka would become part of US Indo-Pacific Strategy AGAINST CHINA?

Just as Sri Lankans are asking why MCC a foreign assistance program given as a grant should be passed by Sri Lanka’s Parliament, Nepal is similarly asking the same question.

While Nepal’s MCC compact doesn’t say it needs to be ratified by Nepal’s parliament the text of agreement says provisions of compact will prevail over Nepal’s existing laws in case of conflicts which requires parliamentary ratification according to Nepal Treaty Act.

MCC is the first grant agreement that requires parliamentary approval of Nepal and Sri Lanka too.

In all instances the politicians ignorantly or by coercions create the trouble and the people end up suffering because of it. Power rivalries between US & China is nothing anyone can pretend not to be aware of. Inviting them into Asian terrain via military partnership agreements, training and forces stationed in Asian countries is subtly setting the stage for a scenario that no Asian nation wants to be victims of. It is better for Asia to adopt a safe policy than sorry one as we know too well the historical record sheet of the western partner and it is nothing any Asian nation would want to be an initial partner & later end up foe for strategic gain.

Thus MCC in both Nepal & Sri Lanka must looked from the point of another angle. The clue to this comes in an article titled “US determined to start an arms race in Asia” which speaks of US deploying new intermediate-range missiles in Asia which has yet to be specified https://www.fort-russ.com/2020/02/analysis-us-determined-to-start-an-arms-race-in-asia/

Countries are insane if they don’t take precautions in dealing with this unpredictable country.