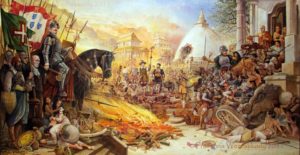 What do we think we are celebrating on 4th February every year? Our independence from colonial rule. But did we really get independence on 4th February 1948? We didn’t because we became by choice a dominion of the British Empire. It was only on 22 May 1972 that Sri Lanka shred all ties with the colonial British & became a true Republic. With 19 May 2009 becoming a significant milestone in view of our armed forces uniting the entire island under one national flag we should ideally hold 19 May as Victory Day, 22 May as Republic Day and the week covering this celebration as Heroes Week.

Our island nation was attacked over 17 times from South Indian invaders though no invader was able to take over and rule the entirety of the island.

With the signing of the Kandyan Convention the island of Sinhale came under British rule and Sinhale was christened Ceylon. The British ruled till 1948 when decolonization of other colonies led to Sri Lanka getting dominion status on 4 February 1948.

The Head of State of Ceylon remained first King George VI until 1952 his daughter Elizabeth II was crowned Queen.

Independence did not even change our name back to Sinhale. We continued as Ceylon with the Queen as Head of State and final judicial decisions decided by UK Privy Council. Britain continued to maintain air & sea bases in ‘Ceylon’ and British officers continued to fill the high ranks in the army!

The Citizenship Act of 1948 & the Official Language Act of 1956 were both introduced with the consent of the UK Privy Council. The British monarch held final authority on all legislation. No bill presented to the Ceylon Parliament could become law until the Monarch’s royal assent was given as the Constitution of Ceylon at independence made the British monarch part of Ceylon Parliament.

So what is the independence Sri Lanka enjoyed? What are we really celebrating annually?

True independence came only in 1972 with the Republican Constitution when the Queen was no longer head of State and Sri Lanka had its own judiciary to determine judicial matters.

Article 3 of the new constitution asserted Sovereignty was with the People and it was inalienable. Article 13 removed the British monarch from the legislature.

However, sadly the name Sinhale was again forgotten and instead Ceylon was replaced with Sri Lanka. Hon. William Gopallawa became the First Non-Executive President while Hon. Sirimavo Bandaranaike continued in office as Prime Minister.

If we are to celebrate as a nation, we must celebrate with meaning and significance. There is nothing significant to celebrate of 4th February when realizing that the Queen was head of state, the UK courts had the final say and British bases remained on our island even after 1948. All that changed in 1972 with the Republican Constitution.

Thereafter, the island nation was plagued with 2 insurrections and terrorism by LTTE. LTTE held defacto territory even given to the officially via 2002 ceasefire. However, by order of the then Commander in Chief of the Armed Forces the National Army was ordered to militarily defeat the LTTE and reunite the country under one national flag. LTTE was vanquished on 19 May 2009 bringing Sri Lanka under one rule. That Victory Day must continue to be celebrated just as The Allies continue to celebrate V Day against Nazi Germany and end of World War 2. Every year key battles are enacted still. No one has any right to downplay Sri Lanka’s military defeat of LTTE terrorists by defining it as ‘triumphalism’. If so, the same must accuse the Allies of celebrating ‘triumphalism’ too. 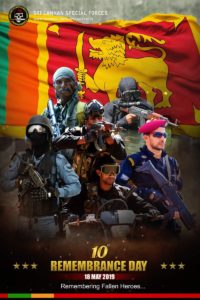 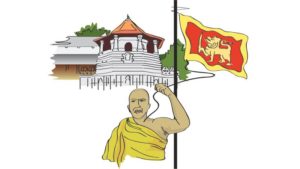 Therefore, it is suggested that Sri Lanka celebrate Republic Day – 22 May together with Victory Day and declare the week as Heroes Week in honor of all the brave men and women who sacrificed their lives and limb to defend the Nation.