NO GOVERNMENT can SELL a NATION’s LAND: A State is ONLY TRUSTEE of Nation’s Land 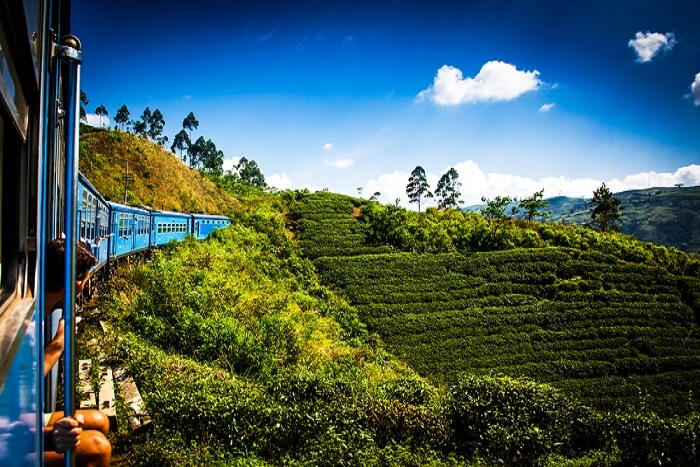 People belong to the Land. Land doesn’t belong to the People. Land belongs to the State of Sri Lanka & no one else. Who owns Sri Lanka’s land? No one else but Sri Lanka. Two fundamental principles bind the State in its usage of Land. Firstly, the State is ONLY “TRUSTEE” of the land given in TRUST to the State for PRESENT & FUTURE GENERATIONS & secondly the LAND given in TRUST to the STATE must remain SUSTAINABLE for the future generation to use as well. Land trust is a legal entity that all States are bound by. Land in ancient times never belonged to anyone permanently. Even the King was TRUSTEE and not an ABSOLUTE OWNER.

“THE BIRDS THAT GLIDE THE SKY

AND ANIMALS THAT ROAM THE FOREST

HAVE AN EQUAL RIGHT

TO LIVE AND MOVE ANY WHERE IN THE COUNTRY AS YOU HAVE.

THIS LAND BELONGS TO THE PEOPLE AND ALL THE OTHER LIVING BEINGS;

YOU ARE ONLY THE TRUSTEE.”

These are golden words with a powerful meaning

In discussing the issue of land in Sri Lanka what must not be forgotten is that all laws we followed and continue to follow are one’s implemented by the European colonial invaders and legally entrenched by them into our internal system. These colonial laws completely erased or eliminated the indigenous laws that had been practiced for centuries before invader occupation & rule.

Land today is regarded as a commodity with a value & price for the owner to disburse. Concept of property, ownership and title rights came into being.

All this changed with the Crown Lands Encroachment Ordinance of 1840 when colonial Britain confiscated the lands and brought it under their direct rule violating the Kandyan Convention it signed in 1815.

However, the British surveyed the lands and began plantations for profit. Title registration for deeds began in 1866 & 1897 while accepting Sannasa but the real intent was to deny those that did not have ‘deeds’ knowing they didn’t. This led to the Land Settlement Ordinance of 1931 & by 1947 another law declared that any land unregistered prior to 1864 was Crown Land. A case heard in UK Privy Council in 1962 declared utendi, fruendi & abutendi applicable (right of possession, right of use and enjoyment, right of disposition) apply to deem a person as owner. This law completely denied land ownership to Kandyan provinces. Unfortunately, no post-independence government has saw fit to address the grievances of those who fought to preserve the national culture & birth-right to land.

Land in a sovereign country is a finite resource – it cannot be expanded.

The Supreme Court has held that state land is held by the state IN TRUST for the people.

Land grants must have approval and signature of President.

The President’s powers are derived from the powers delegated by the People to him/her for an elected term of office.

It is because pre-colonial times revered land and resources and paid homage to it that the land and resources remained unpolluted. Today, man has in the name of development destroyed and polluted its natural habitat and returning earth to its ancient glory is an endeavor. However, many trees are planted an equal number are felled and soil is polluted. Nuclear experiments, chemicals and man’s greed are ruining the earth’s natural resources. What was given to us free is being decayed and destroyed.

Productivity of land declining with degradation requires a sound national land policy to assess the type of land, classify the land and ensure that measures are taken to protect land while counter measures are adopted in instances where violations take place. All this requires a sound policy and a committed resolve to implement and monitor the policy.

More importantly is the issue of selling/leasing land on long term especially to foreigners. On the guise of investment can land which is an integral component of a country’s sovereignty be compromised?

Imagine a small country like Sri Lanka swamped with tremendous foreign investment infusions in exchange for 100-year lease on lands that hold rich minerals and resources and as per contract terms and poor negotiations by Sri Lankan negotiators there is no restriction on how that foreign entity can make use of the land leased, what if all sustainable land the government is committed to keep sustainable for future generations, is destroyed?

Can the government or officials be able to compensate this?

Natural resources can never be replaced or compensated which is why it is important to have sound policy governing its disbursement. Nothing not even foreign investments should compromise the land and its sustainability. The ramifications of such will only be felt long-term and it is nothing Sri Lanka can be proud of.

Every government must ensure that land is protected and land remains sustainable for future generations. This is the unwritten law that every government is bound by.