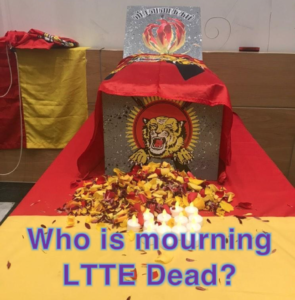 It’s now bordering the ridiculous when foreign MPs are muttering ‘genocide’ without stopping to actually ask a basic question – how many actually died or were killed. It is ludicrous of them to be parroting ‘genocide’ for killing ‘terrorists’ even banned by their countries. As for ‘civilians’, to claim genocide, surely we must know how many civilians died or were killed. The simplest method to ascertain that is if those mourning their dead can at least produce the names of the supposed dead, or a police complaint that they are still missing. However, in the absence of all these basic facts – groups of people have got some white men and women foreign MPs to be parroting ‘genocide’ across the world. This is now looking rather hilarious when it is clear that they are being used to commemorate LTTE dead.

How many civilians died or were killed during the final phase of Sri Lanka’s conflict?

Were they really civilian (by international definition)

–      Rules of War clearly define who a civilian is. Therefore, no one who had been engaged in hostilities can claim to be a civilian.

–      The distinction of a civilian is blurred by LTTE because some LTTE fought in civilian attire,

LTTE must take blame for blurring the distinction of ‘civilian’ afforded to civilians in an armed conflict and by Geneva Conventions.

Thus, 3 groups not entitled to be called civilian are

But, we must know how many died in the above groups too.

Thereafter, we come to the all-important question – how many civilians who were not members of the LTTE, who did not engage in any form of hostilities with the army, who did not die from natural causes were killed?

Answering this is not easy, because LTTE fired and killed fleeing civilians.

How many of these civilians, fleeing LTTE, were shot & killed by LTTE?

These deaths cannot be credited to the Sri Lanka Army.

For anyone to claim ‘genocide’ accusing a national army of killing civilians must answer the above questions first.

The Sri Lanka Armed Forces can only be accused of killing civilians who were not LTTE firing in civilian clothing, civilians in LTTE CIVILIAN ARMY, civilians who temporarily engaged in hostilities)

What is this number? Do they have facts to prove so?

What has happened since 2009, is that even the international pundits in the UN and UNHRC without answering these fundamental and basic questions are allowing the usage of the term ‘genocide’ unfairly against a National Army, who was only doing their duty in protecting the Nation and its People from an armed non-state actor indulging in terror.

Until such time those making allegations can prove by name and number as well as evidence that Sri Lanka Armed Forces purposely and with intent killed civilians, no charges against the Sri Lankan Armed Forces should be entertained and the GoSL must make this very clear to the foreign governments.

We also see quite a lot of commemorations by Tamil groups across the world.

Are they commemorating LTTE dead or Civilians?

Obviously, the reason why they are hesitant to give names and numbers is that the moment they give a name, Sri Lanka’s intelligence will be able to determine if

A recent report that did forward some names were all LTTE asylum seekers or runaway LTTE and this is possibly why the LTTE fronts are reluctant to name anyone as dead for it will expose their lies.

As a result, they are more than happy to fund foreign MPs to mutter ‘genocide’ and in turn become a laughing stock over social media as was seen in the manner people were ridiculing Mayor in Canada, MPs in UK & Australia.

As per the report by Lessons Learned and Reconciliation Commission (2011)

As per the report by Lessons Learned and Reconciliation Commission (2011)

This 10,435 LTTE dead CANNOT be put as CIVILIAN DEAD

Therefore, the GoSL must conclude identifying and naming this 10,435 LTTE dead and ensure these names are not quoted by any groups claiming Sri Lanka killed civilians.

Who are the 18,586 in the Missing Persons Commission? (are they all Tamil or people belonging to other communities)

Are they still missing – how many are living overseas as refugees, how many are LTTE and fled overseas? Who can answer? GoSL must seek lists of refugee seekers by name through foreign ministry from respective countries.

All those crying crocodile tears commemorating Mullaivaikkal dead – please let us know how many LTTE dead you are mourning – that the Mullaivaikkal commemorations are for LTTE is visible by the emblems and decorations used. 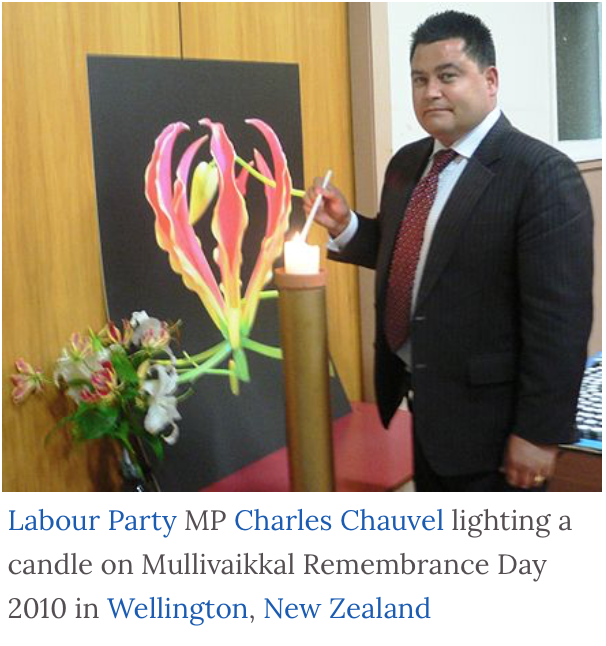 Can these Canadians answer the above questions 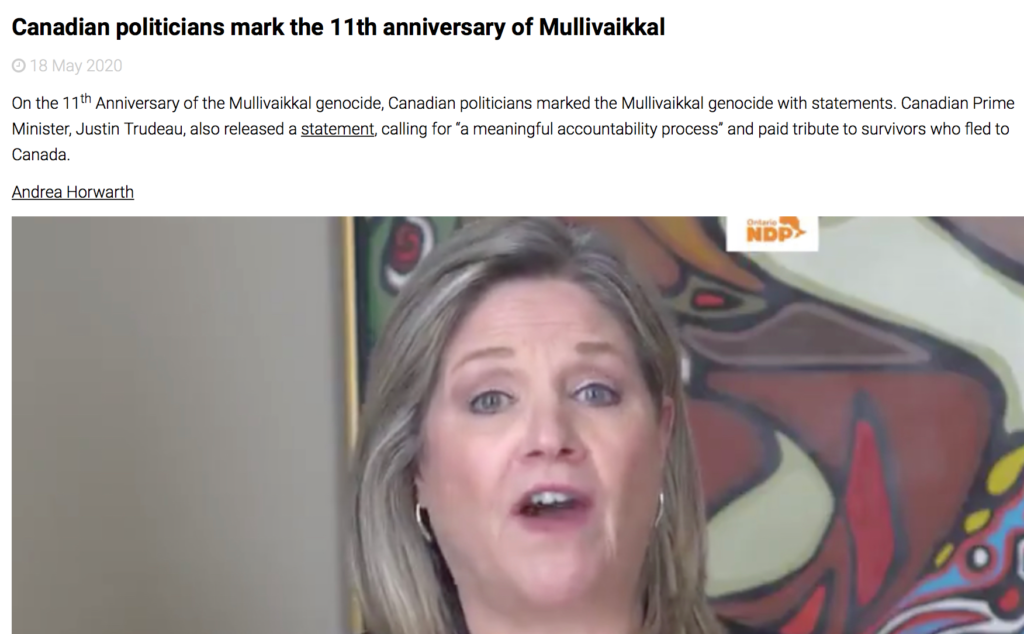 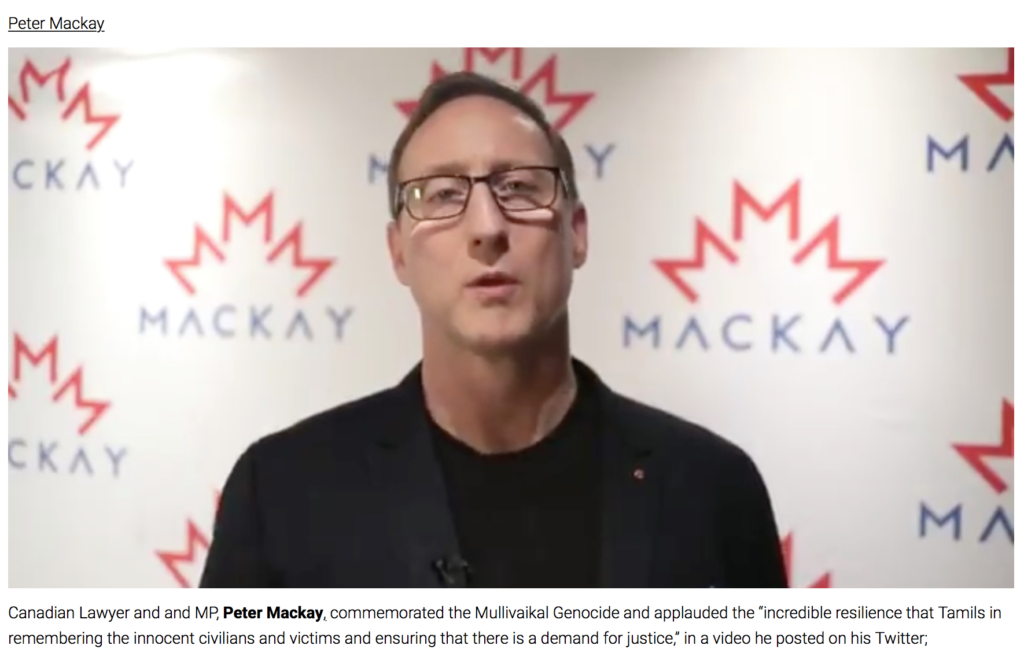 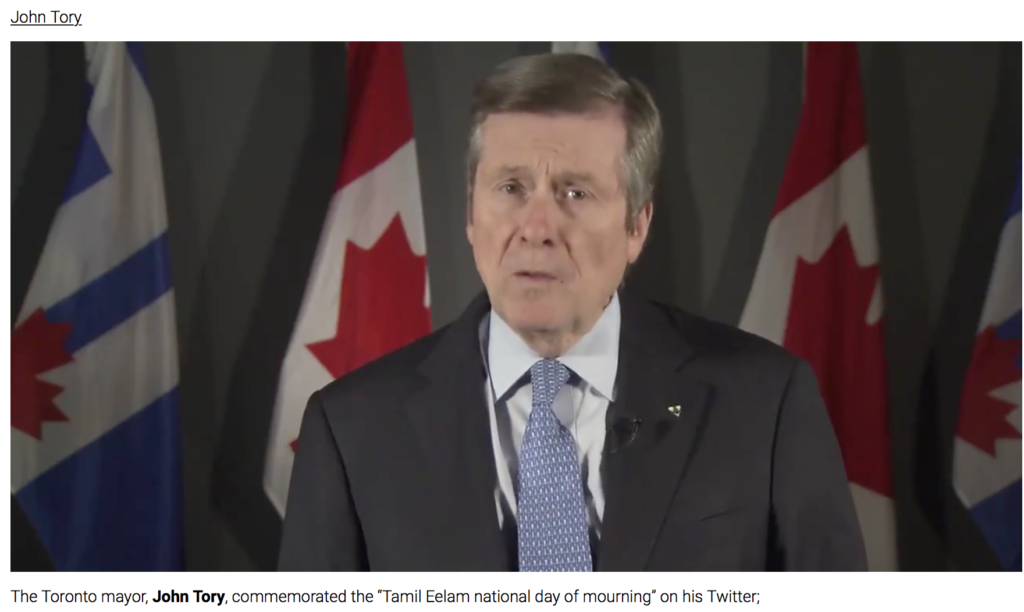 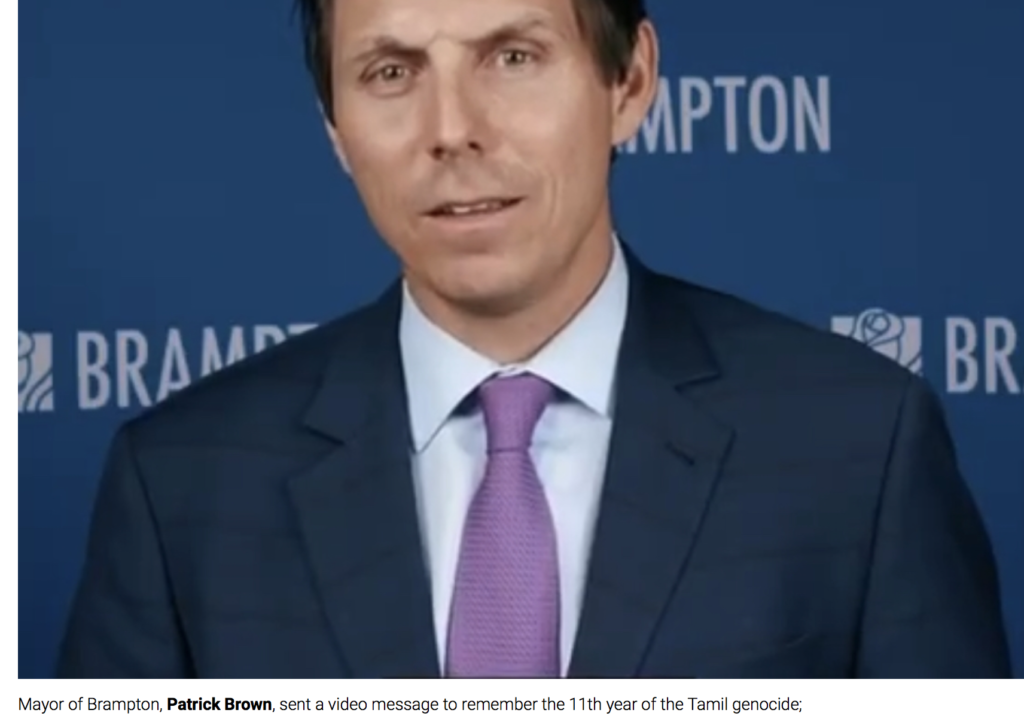 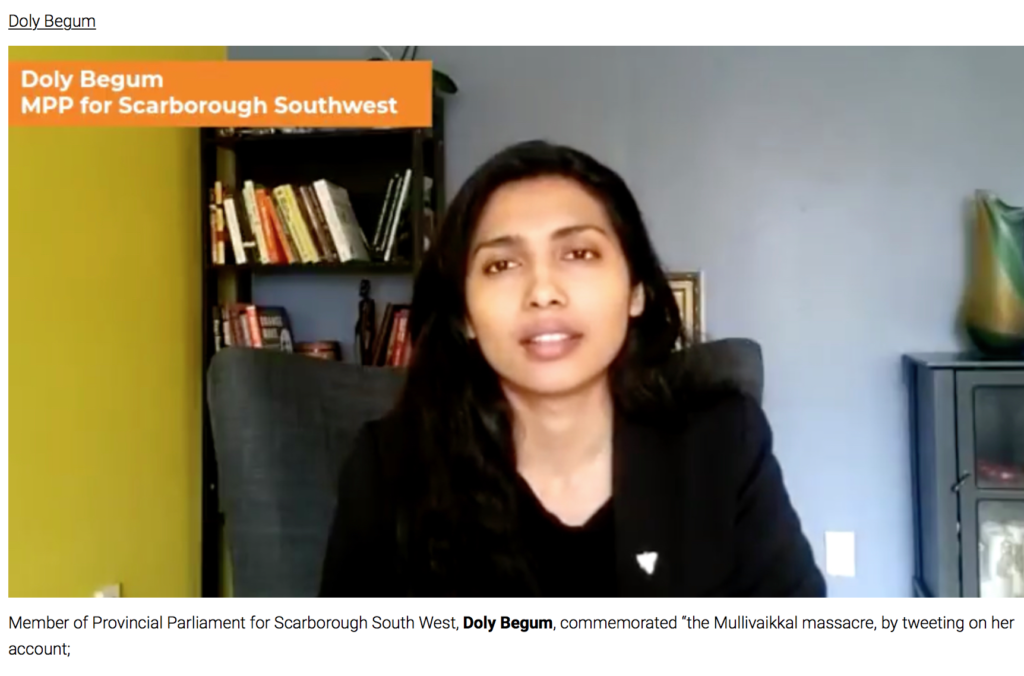 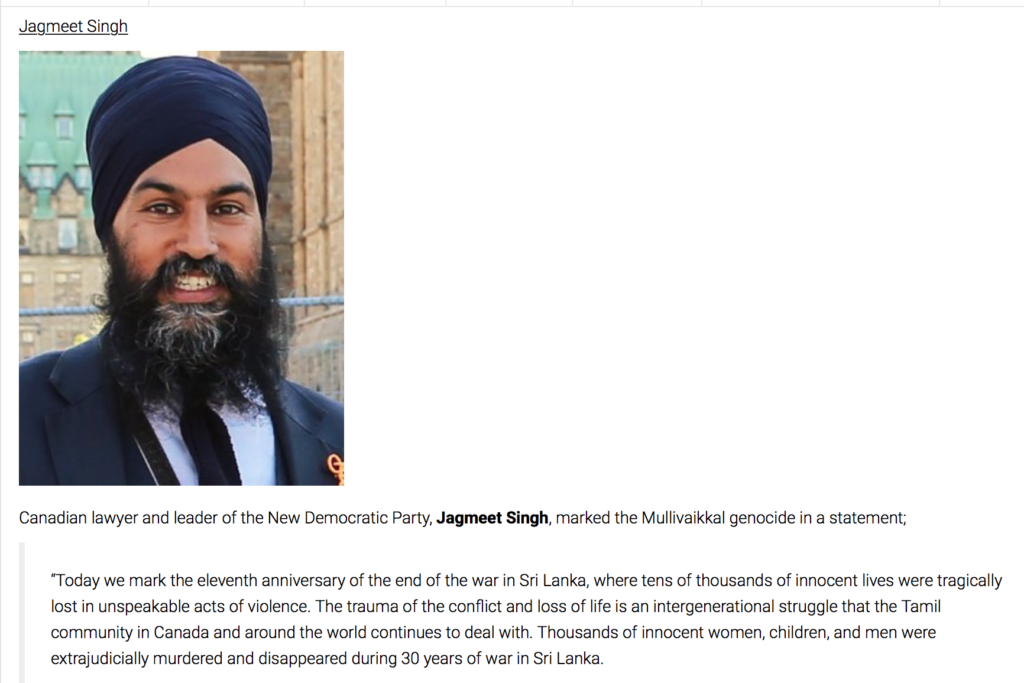 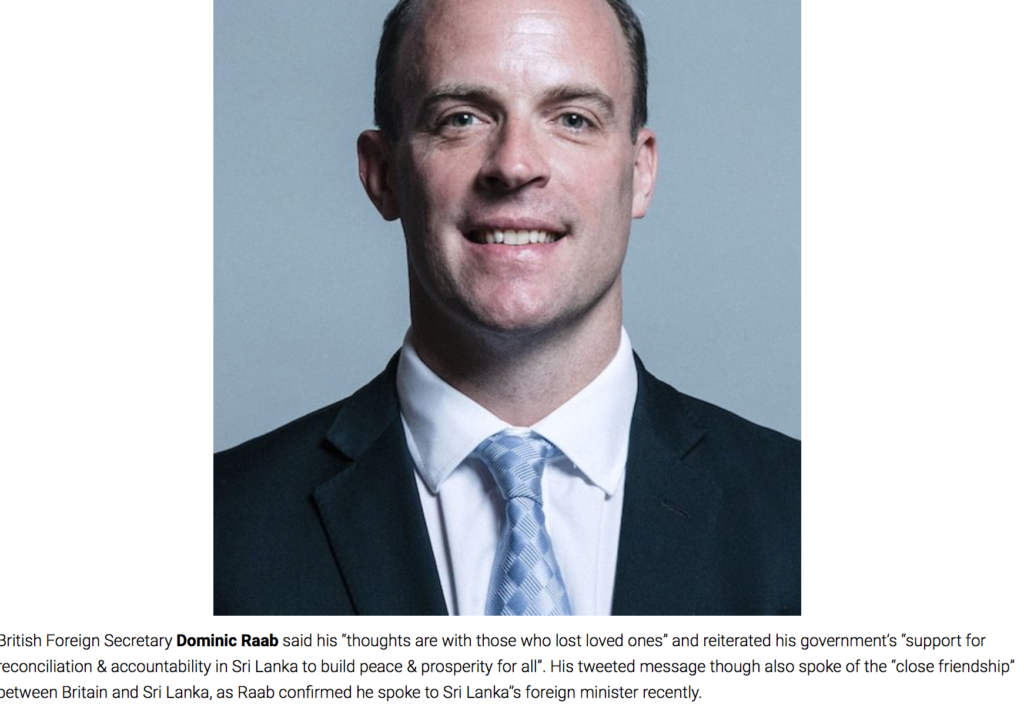 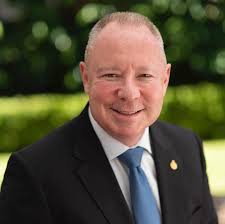 Surely, these foreigners should not make a fool of themselves making statements without knowing facts. The commemorations claiming them to be ‘genocide day’ ‘Mullaivaikkal commemoration’ ‘Remembrace Day’ etc is only to mourn the DEAD LTTE and no one else.