Multiculturalism and National Integration failure in Sri Lanka: No more towns should end up like Kattankudy 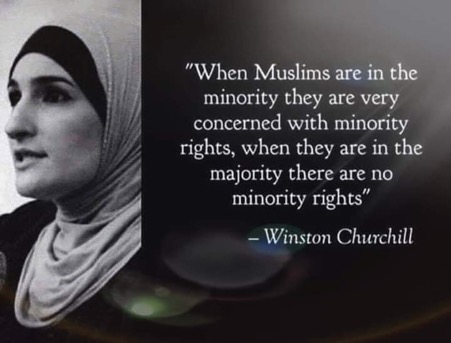 Kattankudy is a town in Batticoloa in Eastern Province of Sri Lanka where only Muslims live. Why is multiculturalism & national integration not applicable to Kattankudy? How is it that the nomenclatures of multiculturalism, peaceful coexistence, secularism is applicable to all, other than Muslim majority countries or in Muslim majority areas? How is it that wherever and whenever an area becomes majority Muslim only extremist fundamentalist and strict Islam prevails? It is visibly clear that wherever minorities become a majority it is only their will that rules – their dress, their culture, their religious practices, their habits is what prevails and all others who want to live with them in harmony have to silently accept, not make any fuss or shift to another town. Kattankudy is the example of what happens to a town with only Muslims. Where minorities are a minority they demand on par status & once on par they work towards becoming the majority using surreptitious methods to influence politicians and local authorities. Incrementally, Kattankudy cannot happen to other towns and it is time Sri Lanka’s leaders stop compromising the historical ethos and heritage for votes, power and personal handouts. The people of Kattankudy practice a culture foreign to the culture of Sri Lanka even Muslims who wish to follow the heritage culture are under pressure by those following a stricter & foreign form of Islam. This is nothing that can be ignored in the face of increasing Jihadist terrorism associated with this stricter form of Islam spreading to other parts of the island influencing wherever Muslims are the majority.

How was Kattankudy created?

The Unionist Association of Ceylon assisted the Delimitation Commission in the allocation of electorates to the State Council under the Donoughmore Constitution when it decided to divide the Eastern Province into 2 electorates. It was the Unionist Association’s proposal that ended up creating Kattankudy. UAC President was SWRD Bandaranaike & Vice President Sir Marcus Fernando.

Kattankudy is just 6sq.km of land and inland water and has 18 grama niladari divisions for the 18 villages.

The constitution is clear that all citizens must be treated equally. Before the law, every citizen must be given equal justice. There can be only one law for all. 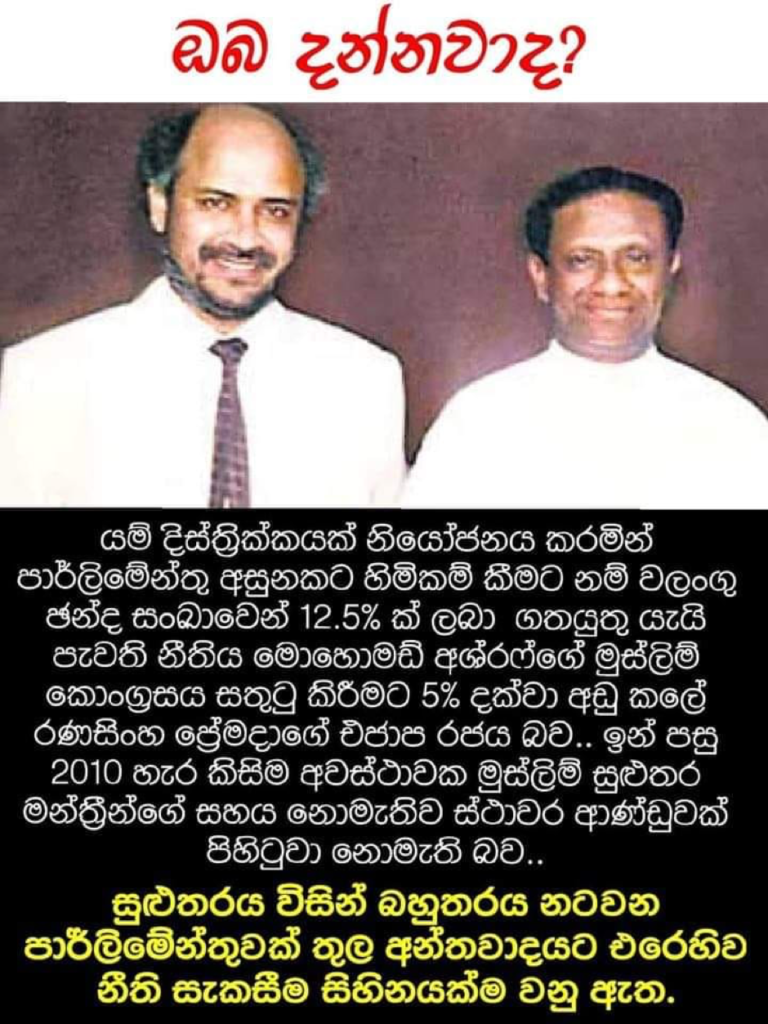 However, politicians have diluted this. When the Proportional Representation system was introduced the initial cut off point for any party to qualify for parliamentary representation was 12.5% but Ranasinghe Premadasa reduced the cut-off point to 5% on a request made by M H M Ashraff of the SLMC before the 1988 elections. The reduction was with political intent and resulted in ethnic-based political parties with ethnic-based agendas to enter parliament and legislatively weaken & destabilize Sri Lanka incrementally to what it is today. 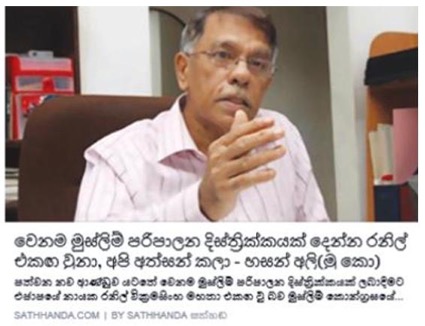 Kattankudy though occupied by only Muslims is not in total harmony. Rise in Sufi mysticism has resulted in militant opposition in East – Kattankudy & Maruthamunai since 1980s.

In 2004 Sufi tombs and shrines were destroyed and Sufi leaders had to flee province. In 2009, Sufi & Towheed tensions arose in Beruwela. In Kattankudy Sufi leader Rauf Maulavi who had formed the All Ceylon Islamic Spiritual Movement was declared an apostate by the All Ceylon Jamiyatul Ulama in 1979 and Rauf was chased out of Kattankudy in 2006 & in December the shrine of Sufi leader late Sheikh Abdullah Payilvan (founder of Thareekatul Mufliheen) was attacked & his corpse barred from burial in Kattankudy.

Ironically Ashraff spoke at ITAK meetings in 1970s and was even present at the Vaddukoddai Conference in May 1976 when the Vaddukoddai Resolution was passed for a separate Tamil state.

Not surprisingly Ashraff formed the Muslim United Liberation Front in 1977 on the same lines boasting that even if Amirthalingam abandoned Eelam goal he (Ashraff) would not. Ashraff was MULF’s legal advisor. MULF however did not win a single seat & Ashraff left MULF to join SLFP in 1980 when TULF refused to accommodate Muslims to contest under TULF banner.

When Muslims & Tamils showed such close allegiance why did Prabakaran ruthlessly and mercilessly attack Muslims inside the Kattankudy mosque in 1990. Could it not be that Prabakaran realized that Ashraff and Co were having larger plans for Eastern Province from the Tamil Eelam goal? Is it not because Rajiv Gandhi himself had other plans that he too was eliminated by Prabakaran!

It was during this period that a creation of a Muslim identity resulted in wearing burka, hijab, beards, missionary campaigns, new mosques and louder demands using their leverage in business and UN/Western human rights nomenclatures. All these were part of fundamentalist POLITICAL ISLAM that drew Muslims automatically because ‘Islam’ associated with it. No one questioned its conflict with Sinhala majority culture or heritage.

It was in 2013 that Dr. Ameer Ali highlighted the reality that Muslims were self-alienating themselves from the mainstream community because of a new image problem. There can be no better example than Kattankudy to prove this.

Is the orthodox brand of imported Islam the cause of the alienation?

Dr. Ameer Ali says the new dress, new values and practices are the root cause and advises Muslims to self-introspect & ask themselves whether they want to be Muslims of Sri Lanka or Muslims in Sri Lanka. 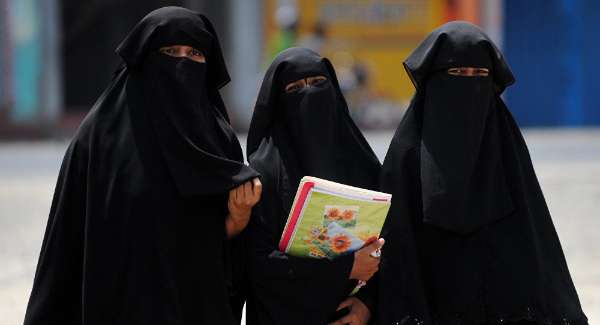 Dr. Ameer Ali takes Kattankudy to highlight the self-alienation an area of just 6sq.km has 58 mosques – planting of date palms in the middle of the road to look like Arabia, halal slaughter, the black dress he says is alien to Sri Lanka and has nothing to do with Islam. He confirms that women of the 1970s wore saris. So why are women adopting this ‘confrontational image of Islam’ knowing that women did not dress in this manner earlier?

In short what it means is that anyone dressed in black attire, long fluffy beards, demanding shariah, marrying children, halal, ritual slaughter, expansion of Islamic territory (Islamization) etc are those practicing confrontational extremist Islam. It’s now upto the Muslims to remove this from society! Will they? is a question they must now answer.

Its Islam – but distortion of Islamic Scriptures

Why are Muslims ‘misreading Islamic scriptures’ – who is at fault for teaching them radicalized scriptures knowing this would result in extremism and conflict with the majority community whilst isolation Muslims? Why are Muslims inviting these radicals from Middle East to address and influence Muslims if Muslims are well aware that these are the elements leading to disharmony? Muslims should know which brand of Islam to follow but why are they following a militant form of Islam? 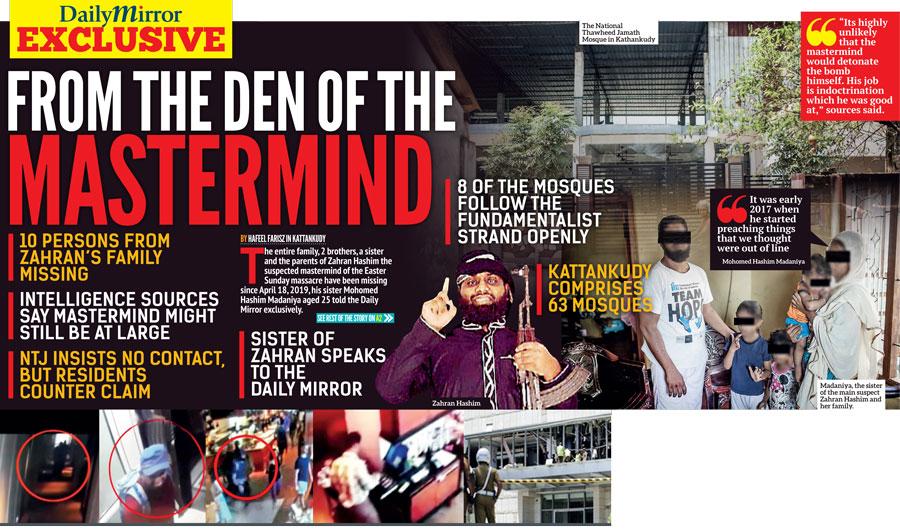 Can Muslims counter these extremisms which are inherently part of Islam?

When new aspects of self-alienation imported from Middle East funding radicalism in the East became known the previous government was quick to set up 2 intelligence units to monitor extremism though both units had been disbanded and the officers heading them put into prison by the present government for reasons best known to them! 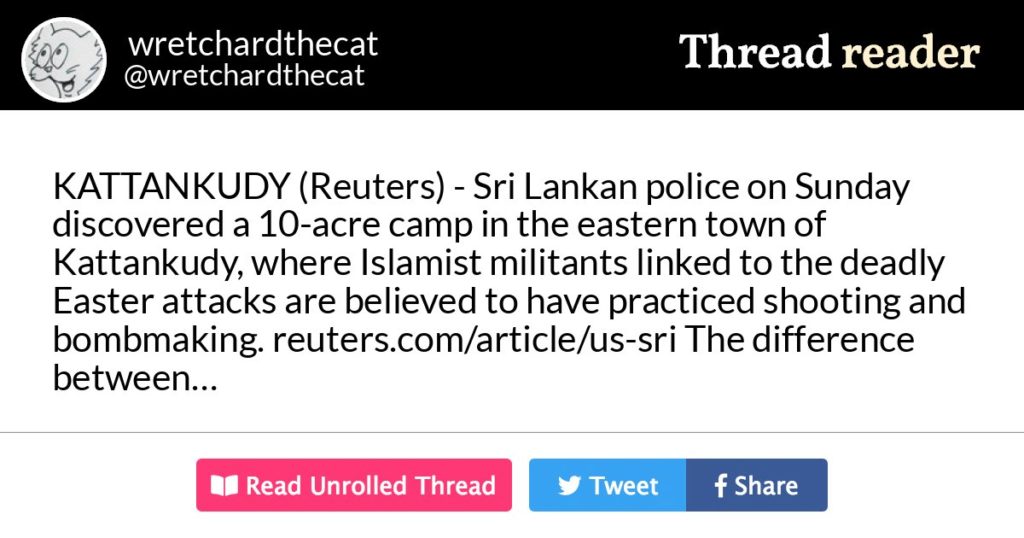 The extremism and the inability to integrate when towns become turned into Kattankudy is primarily due to the Islamic fundamentalism rooted in Wahhabi Islam (stricter Quran and Hadis) This different form of Islam is not only a threat to non-Muslims but to Muslims as well and Sufi’s will guarantee this. 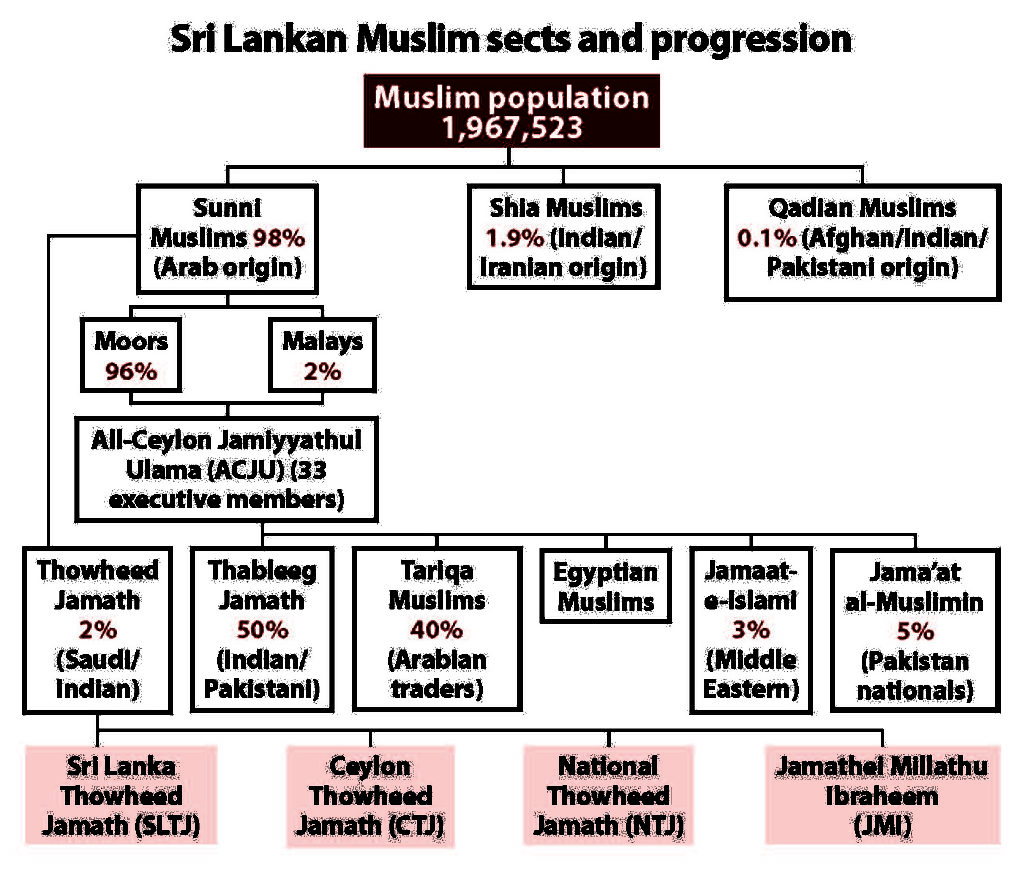 EasterSunday attacks was masterminded in Kattankudy. The hate for non-Muslims (though historical) was encouraged because everyone in Kattankudy are Muslims and the radical preachers of hate find the environment easy to brainwash against non-Muslims. Same thing in practiced in North Sri Lanka by TNA & LTTE against the Sinhalese. They don’t want Tamils mixing with the Sinhalese because ordinary Tamils would discover TNA & LTTE had been lying about the Sinhalese. Similarly these radical Muslims want all Muslims to hate non-Muslims. Creating only Muslim cities only facilitates this hate. No ghetto ethno-religious areas should be allowed. Kattankudy must be made multicultural as a future national policy just as North Sri Lanka.

No Government should promote any Islam that is not only dangerous to the country, the majority & the minorities as well as Muslims not practicing this stricter form of Islam. It is because the government has taken the side of Muslim leaders who are aligned to this stricter form of Islam that has led to these Muslim politicians using State power and patronage to advance their agendas at a national security risk to all citizens of Sri Lanka.

Muslims should be able to practice Islam but not Arabian culture or Arabian Islam and this message must be clearly conveyed. 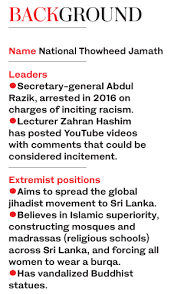 Many Muslims are now openly saying that they wish to align to the Sinhala culture while following their Islamic faith. We have no issues with this.

But, we have an issue with the new identity that surrounds the stricter form of Islam that includes Shariah, burka, long beards, marrying children, female genital mutilation, halal, ritual animal slaughter, proliferation of mosques not built like mosques, madrassas etc. Having identified these elements that are not integrating and being the cause of confrontation Muslims must agree to denounce & remove them. 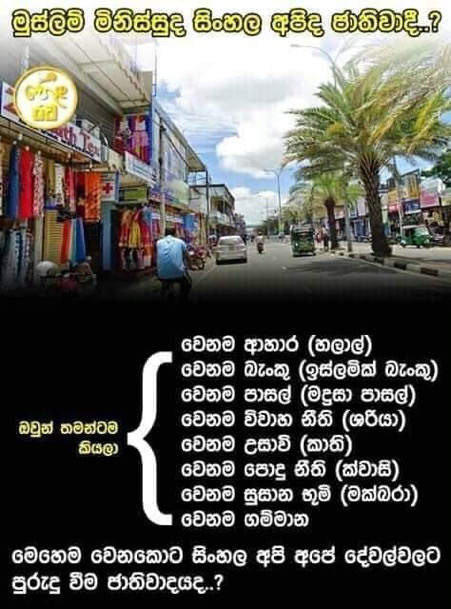