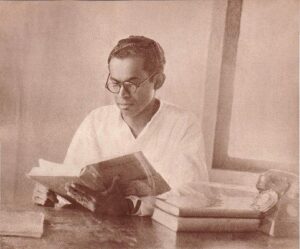 Not too many people have taken Buddhism beyond the island’s shores, but late Asoka Weeraratna is heralded for his role in pioneering the first Buddhist Mission to Germany (1957). He also founded the German Dharmaduta Society (1952) and the Mitirigala Nissarana Vanaya (1967) which promotes mindfulness and vipassana meditation. As his death anniversary falls today 2ndJuly, we honor the contributions made by late Asoka Weeraratna to the Buddha Sasana and the immense personal sacrifices made by him & his elder brother Dharmasena with the support of the latter’s family for the uplift and spread of Buddhism both within and outside Sri Lanka.

As the Buddhist public in Sri Lanka begin to close ranks to meet the challenges facing the continuity and preservation of the Buddhist ethos and heritage in the light of planned incursions, it is good to take stock of the admirable services rendered by Sinhala Buddhists who have carried the torch of Buddhism and ignited it on foreign shores. Anagarika Dharmapala and Asoka Weeraratna are two such outstanding Buddhists among many others who should be gratefully remembered for helping spread Buddhism on western shores. Their legacy must be publicly acknowledged and continued to draw inspiration of fellow Buddhists.

Poson Poya marks the introduction of Buddhism to Sri Lanka in the 3rdcentury BC. Poson commemorates the occasion of King Devanampiyatissa embracing Buddhism after listening to the Dhamma preached by Arahant Mahinda. Buddhism came to Sri Lanka by royal invitation and all kings/queens thereafter ruled the nation according to the dasa raja dhamma 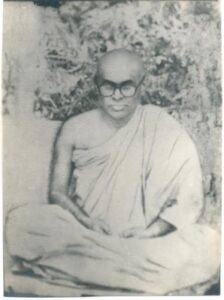 The similarities between Anagarika and Asoka are striking. Both were from wealthy backgrounds. Both renounced their birth names that had a foreign and colonial orientation. Anagarika Dharmapala was originally Don David Hewavitharana while Asoka Weeraratna was originally Alfred Weeraratna. They both realized the need to take Buddhism beyond the shores to satisfy a growing hunger for an alternate spirituality among people in the West. In other words, a spirituality that gave high prominence to peace and non – violence. They pioneered the establishment of the oldest Buddhist Viharas in Europe. Anagarika founded the London Buddhist Vihara in 1926 while Asoka Weeraratna opened a new chapter for the spread of Buddhism in Germany and Europe by establishing the Berlin Buddhist Vihara in Dr. Paul Dahlke’s Das Buddhistische Haus in 1957 with monks from Sri Lanka stationed on a long term footing to spread the Dhamma. This was the first Theravada Buddhist Vihara in Germany and continental Europe.

Anagarika Dharmapala is gratefully remembered by the Buddhist public for saving the Mahabodhi Temple in Buddha Gaya while Asoka Weeraratna in establishing the Mitirigala Nissarana Vanaya, a forest hermitage to enable Buddhist yogi monks to meditate in peace, helped revive one of Buddhism’s most supportive and protective structures, namely meditation.

Both Anagarika Dharmapala and Asoka Weeraratna entered the order of the Sangha by renouncing their lay life – Anagarika at the age of 66 (becoming known as Ven. Devamitta Dharmapala) and Asoka at the age of 53 years (becoming known as Ven. Mitirigala Dhammanissanti). This was the supreme example of letting go and going forth (pabajja) the essence of what Buddhism was all about and the most difficult hurdle for lay people who are materially well endowed to clear. It is this factor more than anything else that distinguishes these two savants of Buddhism from many others who have in their own ways and in different disciplines contributed to the advancement of Buddhism and Buddhist teachings worldwide.

Buddhism lost ground in countries such as Maldives, Indonesia, Malaysia, and Bangladesh partly due to the gullibility of then Buddhist rulers of those countries, who failed to exercise the necessary vigilance to protect Buddhism despite seeing the rapid inroads being made into the interior of these countries by unrelenting and expanding monotheistic religions.

It was the fear that Sri Lanka might end up as the next Maldives, which prompted Ven. Mitirigala Dhammanissanti (formerly Asoka Weeraratna) to lead a public campaign comprising leading Buddhist monks and laity protesting strongly in the period 1989 -1990 over the gradual introduction of inland fisheries into areas which have been the traditional bases of Buddhism in this country. After a careful consideration of the relevant issues, the then President Premadasa accepted the validity of the protest of the Buddhist monks on inland fisheries and thereafter he ordered the Govt. Departments to withdraw state patronage of the inland fisheries schemes. That was the first and only occasion in contemporary history that Buddhist activism was successful in overturning state policy on a major labour intensive industry that was openly advocating a wrong livelihood to the Buddhist public of Sri Lanka to breach the first precept by rearing and killing fish in one’s own backyard pond.

To the credit of President Premadasa it must be said, that he abandoned the development of inland fisheries in the larger interest of protecting the foundations of Sinhala Buddhist Culture which still exists despite the aggressive incursions, in the rural heartland of Sri Lanka.

Today, years after their demise what these icons have left behind continues to be the embodiment of what Sri Lanka can further explore and requires many more such Anagarikas and Asokas to be born in Sri Lanka and take the flame of Buddhist missionary work beyond the shores of Sri Lanka to enable people in other parts of the world to realize the essence of what the journey of truth and life is all about.

Let us therefore while acknowledging the indebtedness of this country to both Emperor Dharma Asoka and Arahant Mahinda for bestowing on us the greatest gift i.e., gift of the dhamma, also take time to remember with gratitude the icons drawn from our own local traditions and heritage who bravely took on the challenge of going overseas to propagate Buddhism following the footsteps of Dharma Asoka.

Beginning with the London and Berlin Buddhist Viharas, a stream of Buddhist monks from Sri Lanka and other countries, have taken up residence in several Buddhist Viharas in the West.  They have braved the cold winters of Europe and the innumerable difficulties that prevail in Western countries, particularly for Buddhist monks from Asia. These monks together with dedicated Buddhist lay people from Sri Lanka and other Asian countries have contributed substantially to dispel centuries old negative impressions about Buddhism in the Western consciousness, and have given solace to a large number of Europeans seeking a philosophy that places a high emphasis on self- reliance, non – violence and loving kindness to all living beings. It is a remarkable achievement.