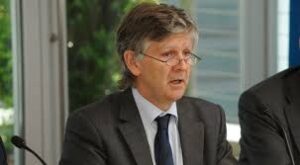 As of early 2009 global IDPs stood at approximately 26million.

Principle 12.2 of the Guiding Principles on Internal Displacement required IDPs “shall not be interned in or confined to a camp. If in exceptional circumstances such internment or confinement is absolutely necessary, it shall not last longer than required by the circumstances”.

Did this principle ever fathom that LTTE armed militants had a trained civilian unit to kill? Does the UN wish to have these trained terrorists in civilian let free to roam outside of the conflict zone and create anarchy across the country as revenge for what happened to LTTE? Has the UN even thought of the dangers to letting lose people in civilian clothing who could have been members of LTTE civilian armed force. Shouldn’t the UN have given the GoSL time to filter these IDPs?

On 15 May 2009 Walter Kalin issued a press release that civilians were being forced to stay in the conflict zone.

How aware was Walter Kalin of LTTE’s civilian armed force? Could he differentiate who was a real civilian and who were civilians attached to LTTE’s armed force? When the conflict was not even over by 15 May 2009, how can Kalin demand IDPs to be released?

A question that the UN and Walter Kalin must answer is – where were they when IDPs victims of LTTE were in refugee camps and still lingering in makeshift camps? Why didn’t Kalin and UN pluck out their action plans to demand freedom of movement for Sinhalese & Muslims displaced by LTTE?