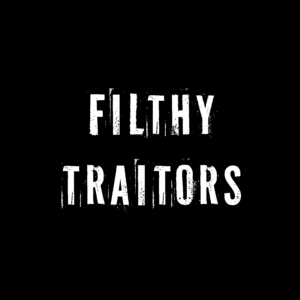 At a time when controversial secretly discussed and signed agreements are surfacing all posing national security risk and sovereignty threats to Sri Lanka, it only calls to mind a comparison of the modern day black princes to Don Juan Dharmapala who betrayed not only the Nation but Rata, Jathiya, Agama. The present black princes are betraying Sri Lanka with impunity and immunity and with no qualms about the damage being done to either the Nation or its People. How different is Don Juan Dharmapala from the bevy of black princes who are destroying a proud historical past.

Prince Dharmapala was baptize Dom Joao in 1557 & eventually came to be known Don Juan Dharmapala. He was the eldest grandson of the King of Kotte. Dharmapala’s youth and rule being divided gave Portuguese the upper hand which cannot be likened to the rule of present leadership who has over 40 years in politics. What eventually did happen was that the Portuguese did not respect the young King Dharmapala or his rule and the West/India is likely to be pooh poohing the present Government only until it gets this government to do all that it wants.

What young Dharmapala came to realize too late and what the present Government should realize before its too late, is that there was no rule in the country.

If the Portuguese did what they wanted without respecting the King, is it any different to the present foreign envoys flouting all Vienna diplomatic conventions entering state institutes, demanding to see state records, meeting every person they like without following diplomatic protocols, inspecting Sri Lanka’s lands, travelling all over the island without seeking permission first?

Eventually it came to a point where the king had to end up seeking support of the Portuguese as his own people disgusted with his rule was going against him – so the king had to reach out to the enemy for safety. Isn’t this what the present government is doing? Isn’t the West & India keeping this government alive, propping them up with cosmetic diplomatic statements applauding their ‘good governance’ that is fast becoming a laughing matter among the public? This government has been up to no good since day 1 of regime change but have you heard the West/India complain?

How different is Don Juan’s gifting mortis causa (Gift Deed) the Kingdom of Kotte to the Portuguese on 12 August 1580 to the ACSA-SOFA-MCC deals being ventured into virtually 422 years later and an over 200mile economic corridor cutting Sri Lanka into 2 for 200 years? Bequeathing an entire island nation is an act of treachery both in 1580 and every secret agreement signed since 2015.

Don Juan not only betrayed his kingship by becoming a willing puppet which is exactly what the present Government is doing yet thinking they can continue to enjoy the perks of office after having bequeathed all control over governance & government in Sri Lanka virtually outsourcing all to foreign hands.

Even if we excuse Don Juan Dharmapala for forsaking his kingship, heritage of Lanka and virtually handing over Lanka to foreign hands, we can never forgive or forget the treacheries being done presently partnering with countries that have had no qualms about using atomic bombs, dropping drones killing civilians and public infrastructure, purposely destroying heritage sites out of jealousy, using chemical weapons in warfare and carrying out unethical warfare with countries that have not even declared war with them.

When Dharmapala forfeited Buddhism to become Catholic it kick-started the wave of anti-Buddhist programs that were rolled out by Portuguese-Dutch British & continued post-independence by INGOs, NGOs, faith-based organizations, foreign-funded media and other groups. Incrementally the damage has been happening since 1597.

Don Juan went overboard to please the Portuguese – Sri Lanka’s ancient temples were transferred to Franciscan Friars (Kelaniya Raja Maha Vihara, Kithsiri Mewan Viharaya at Kelaniya & Dalada Maligawa too) Don Juan simply watched them being destroyed. 12 Churches were built on top of them. Churches sprang up in Panadura, Maggona, Beruwela, Galle & Weligama. Don Juan watched as Portuguese men satisfied their lust for women – it reminds us about the 3000 Tamil women raped by IPKF soldiers and the same scenario likely to happen if US troops are allowed to enter Sri Lanka and have virtual barracks anywhere in Sri Lanka.

Every piece of legislation passed since 2015 is a threat to the nation for it is giving foreign hands a say in what happens in Sri Lanka as if these countries are virtuous, moral or even having good governance records. All of these nations today pointing fingers at Sri Lanka have blood on their hands and history is witness making no apology, accountability or even reparation for these crimes while they unashamedly demand crimes be investigated of other countries all of which are suffering conflicts indirectly engineered by them and by groups armed by them. Knowing the records of these countries – how can any country even consider venturing into such dangerous agreements with them?

In 1597 Don Juan Dharmpala did not think that when he forfeited his powers to the Portuguese he would not be able to ask it back, even if he did he did not realize that he would not have been returned the Kotte Kingdom.

Has the Govt that is now attempting to privatize all land, create an economic corridor where foreign law would apply which is over 200m long and is supposed to be valid for 200 years – thought about the repercussions of allowing this corridor? Once signed can we annul the agreement without paying billions in compensation. Why should the people have to pay for mistakes made by leaders who are refusing to see the dangers of these detrimental deals and going ahead to secretly sign them? The law should have a new clause that any secret deals ventured into in case of annulment because of national security risk, compensation should be paid by the politicians and public officials that helped secretly sign them.

Don Juan by forfeiting his Kingdom became a virtual slave & puppet of the Portuguese – he was even poisoned after being invited to dinner by Diogo de Melo and reminds us of the fate of – Osama, Saddam, Gaddafi, Milosevic who faced the same fate. Dharmapala didn’t die but ended up a stammerer for the rest of his life. Of course, the government must be getting untold inducements for their treacheries – we do not mind them forsaking their personal property but Sri Lanka is an island nation with a recorded history of over 2600 years, we have faced over 18 invasions from South India and 3 Western countries ruled for over 400 years not because they invaded us or conquered us but because we had traitors to hand over the nation to them. Traitors have handed Sri Lanka numerous other times and that is the sad story of Sri Lanka and we see this repeatedly happening. Probably treachery is in their genes. But we have also had great war heroes, great defenders of the Nation, proud people who have come forward to defend the Nation & their People and it is now time for them to rally again.

Sadly, when the white man descended first to Lanka, our people were innocent and welcomed them little knowing the evil they had in mind. However, over 400 years of atrocities done to us, recorded known by our people and the realization that the very countries guilty of colonial crimes are today venturing to commit neocolonial crimes should make our present day leaders more aware and not willing fall into their hands for various personal inducements made tapping their weaknesses but leaving the entire nation vulnerable.

The People’s Court will soon decide the fate of these traitors for their treacheries.