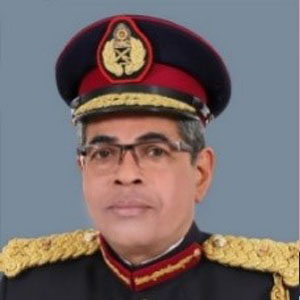 Sri Lanka is placed one among five countries successfully dealing with COVID-19 crisis, in a world, that as of 11 May 2020 has 4.1million COVID-19 cases, 283,868 deaths & just 1,493,401 recoveries. Sri Lanka has only 533 active cases and just 9 deaths. The commendation for this success goes to the Sri Lankan President and his Team comprising the health officials, the Armed Forces & Police,  dedicated team of public officials and the phenomenal service being given by the country’s intelligence services. Key appointments have been made based on suitability and considering their track record. Appointments have not been made to suit the whims of some NGOs or tabloids 24×7 tirelessly engaged in a smear campaign regarding Sri Lanka’s efforts. The appointment of Maj. General Sanjeewa Munasinghe no doubt will produce another foreign funded report on the usual theme of ‘militarizing governance’.

So before she starts churning another report, let us produce some facts.

The GoSL has appointed Maj. General Sanjeewa Munasinghe as Secretary of the Ministry of Health. He is not just a military person. He functioned as the Director General of Army Medical Services and was former Colonel Commandant of the Army Medical Corps. He passed out from the Faculty of Medicine – University of Ruhuna and underwent training at the Sri Lanka Military Academy before being attached to the Sri Lanka Army Medical Corps. He was the first Director General Army Health Services in 2014. He may be a military person but he has an impeccable medical history record that is suited for the role he has been appointed to. With the health services coordinating with the Armed Forces, the synergy will no doubt work.

With regime change in 2015, a plethora of NGO bigwigs were appointed to various state apparatus roles and 4 years on, they have produced absolutely ZERO results. Using mumbo jumbo terms like reconciliation, peaceful coexistence and what not – all their work only produced 21/4 and the possibility of more Zaharans on the loose.

So Sooka and the report makers are reminded to not throw stones from glass houses.

Who are these foreign-govt funded NGOs to decide the most suitable person for Sri Lanka’s requirement? If suitability is the question, EU should seriously assess what their selected Executive Director has done for South Africa and what she has done against Sri Lanka.

What really is her job role?

Sri Lanka has enough of issues to deal with.

These “Report-Churning-Zaharan’s” are simply out to fish in troubled waters.

Cannot wait to read her next report on this appointment though!

Maybe similar appointments should be made on a regular basis to keep her team preoccupied!

And by the way he is also Dr. Sanjeewa Munasinghe besides being a Maj. Gen.