Multiculturalism is a Failure Globally: In Sri Lanka it has produced Zaharan 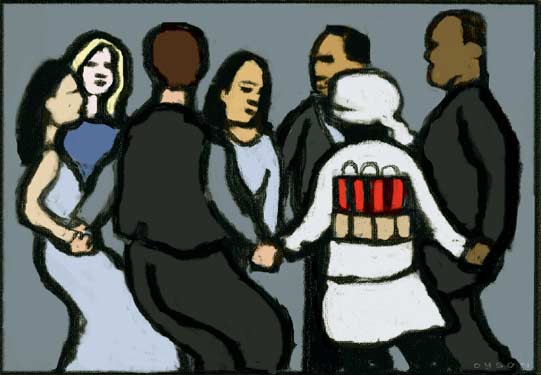 The multicultural concept was nothing but a political ploy first introduced to demonize the majority, denationalize the people and create a system that minorities could rule over the majority, their heritage and history had no place and majority had to give into minority whims and fancies. In the West, the experiment proved a great failure and resulted in a wave of killings and increase in hate speech and racism which eventually resulted in not placing blame upon those whose actions were causing the reactions. It was what primarily led to Brexit with the traditional British wanting their Britain back. In Sri Lanka, with regime change, the majority was demonized and cornered and the minorities were made to believe they ruled the show. This eventually led to entire state apparatus and systems made vulnerable leaving a time bomb for a showdown of the kind that unfolded on Easter Sunday.

Every time a nation has adopted a policy of appeasement in a global environment of vultures and predators, nations are bound to see catastrophic results.

History repeats unless lessons are learnt

Historical facts may be unsavory to those that have bloodied histories that adherents do not wish to be reminded. But, if we do not learn from them we are likely to be the next victims. Both Abrahamic religions have a history of conquest, conversion and mass murder of those that do not submit. Religious texts are full of division encouraging these adherents to slay the non-believers. Whatever present day adherents say or claim we are quoting out of context, it is using these terms and phrases that mischief makers use to manipulate weak people and turn them against non-believers. These are realities and truths that cannot be swept under the carpet because it is disagreeable to some. It is these unchecked and unmonitored movements that resulted in what we saw on 21st April 2019. Even with advance warnings, no action was taken and it simply showed the level to which the rulers and their coterie had been euthanized.

We only later came to know that the perpetrators were not only rich, from good homes and had been educated overseas but the units that had been shadowing extremism had also been closed down. This clearly links the role of Sri Lanka’s enemies in using the subject in question as cannon fodder for their global agendas. Elsewhere these entities are the ready-made suicide bombers praying before killing and going to kill even their own. The West has mastered the art of manipulating them through their religion and use them to kill several birds using one brainwashed religious fanatic. Historically, the West is doing what their ancient rulers did and likewise the other party is also responsible for a wave of crimes too. India has none of its ancient ruins today as a result of their conquest. The oldest university in the world with ancient books were burnt to cinders and for months the skies were black. The once Buddhist nations from Persia to Indonesia were all lost to the sword. No one can brush aside the existential fears of Buddhists who have examples of the past and the methodology used to showcase why they fear. Present day incursions may not be identical but the eventual result is the same. Sripada/Samanala Kanda has become a multicultural site and without amicably sharing subtle maneuvers are at play to overtake and claim exclusive ownership. This is the fear the majority Buddhists have and it is not an unfounded fear. The example of Maldives will show how its Buddhist history before 12th century has been officially expunged and every effort is made to destroy every Buddhist ruin unearthed in Maldives. The attack on the Maldives museum to destroy Buddhist heritage is nothing anyone can deny.

We are therefore puzzled at the motive of Zaharan’s handlers. That Zaharan committed suicide showcases he was no leader but who are the one’s calling the shots? What are their plans. The discoveries of orphanages indoctrinating children, females being brainwashed ring alarm bells. New Zaharan’s cannot be allowed.

Actions against this type of murderous extremism cannot be shouted down and silenced by flagging slogans like hate speech and racism against people’s right to question. No one wants to end up like the victims of Easter Sunday. If hate speech and racism is the issue what should be ideally done is to expunge the references from the religious texts that people manipulate to kill. So long as these phrases remain inside religious texts there will always be Zaharans. Let us not forget, the Easter Sunday mass murders took place after praying for success of their mission. China is taking action against any religions that have hate lines in their religious texts.

Multiculturalism which is anti-majority and assimilation requiring only majority to follow minority demands is set to doom and fail and is reason for failure. Every wrong action of minorities are defended at international levels and the modus operandi is set up for them to go crying to the international representative handling minority affairs who automatically delivers the gavel of guilt on the majority. There are no international representatives to listen to the grievances of the majority.

At the ground level there are media, human rights entities and social media platform and players employed and kept ready to attack anyone in the majority accusing them and ridiculing them and name calling them racists, fundamentalists and what not. They even have a system set up to report and bloc them and sites that claim their versions as false or fake news. Who is to just fake and false news! The demonizing of the majority is a very well structured and financed international game plan. What is the proportionality? People questioning or probing are calling racist and hate speech but those they question end up committing mass murder and that is fine! And the easiest get away is to shout ‘islamophobia’ and hope that sweeps everything under the carpet. That was how Zaharan and lot was able to escape radar.

Sri Lanka’s leaders cannot forget that Sri Lanka is prey to geopolitical maneuvers on account of its geopolitical positioning and as Sri Lanka’s location is of vital interest to both our enemies and friends. Unfortunately, Sri Lanka is caught in a quagmire. Balancing our friends and enemies will always pose a challenge and has its ups and downs. In such a scenario it is important that Sri Lanka has a policy to use as shield. That Mrs. B mastered to perfection. She remains a cherished leader by both Western and Eastern leaders for her straight talk & actions. 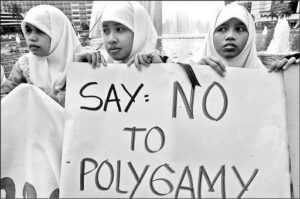 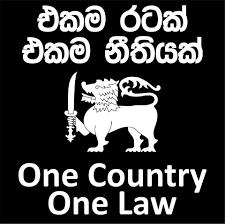 Where steadfast and rule of law has been made clear to all, people have abided so long as the law applied to all without favor. This is what needs to return to practice.

Article 12 says “Everyone is EQUAL before the Law” – this means the marriage law has to be the same for all communities. There cannot be a parallel legal system oft times challenging the Country law and demanding prominence over National Law.

We need an assertive Sinhala majority leader who would lead because only when the majority is protected the majority protects the minority. No minorities have protected the majority and in towns where the minorities are the majority it is their rule and law that prevails. We can give enough of examples of how outcast the majority are made to feel. But among the majority the minorities are always embraced and accepted. Let it be reminded that 20% of minorities cannot be rich if the majority are discriminating against them Enough of examples can showcase how the minorities rule in businesses and other areas. One minority community which is the richest in Sri Lanka have never voiced any issue about being discriminated but they are a few thousand but they are also the richest in Sri Lanka. How is that possible if the majority was discriminating the minorities? This bogus discrimination tagline and slogan is only for job opportunities for some while for the international players it is a good excuse to bully and politically pressure a government into giving them room to interfere. When those who cry and call for international interventions do so because they see personal opportunities for themselves and do not think about the implications to the country, these are the parties we naturally consider as enemies of the nation because they are helping destabilize the nation and rewriting a false script on behalf of their foreign paymasters. Take a good look at those petitioning against the country using various reasons. The name list is virtually the same and gets repeated with every petition. They are the pen-Zaharans of Sri Lanka.

It is for this reason that Sri Lanka must vote in a strong Parliament. We cannot afford to have weaklings and appeasing MPs in Parliament.

We must have straight talk. Rule of Law that is applicable to all. No special laws and certainly no lobbying to change rules simply because it comes with bribes of funding which is the biggest nuisance in curbing rule of law. The very parties that cry about discrimination are not shy to lobby and forward handsome handouts just to sway the decision in their favor.

We cannot afford to have more Zaharan’s and with recent arrests and the characters arrested the citizens have every right to fear the chameleons posing as human rights activists, lawyers, professionals and academics than the one’s carrying out the attacks. Zaharan and his team of suicide bombers are dead having committed one mass murder. Their handlers are still loose and the type of arrests taking place shows that the danger of more Zaharan’s being unleashed is more than possible which requires a very strong leadership, no special treatment for those under radar because funds or other favors are being offered, investigators must be given protection and full freedom to unearth the plots and players and the rulers must not dilly dally in taking actions against them. No person planning to kill people can hide behind their position.

21/4 was not the only act of mass murder Sri Lanka has witnessed. It is unfortunate that the other murderer has not been sentenced for their crimes committed over 30 years while another group also now in politics have also not been made to account for the murders they committed too. So we have a history of injustices to the victims because of weak rule. This cannot go on because weak rule leads to a weak country. People have great confidence in the present leader to deliver justice to the victims following the rule of law.

A country cannot go far when segments of society only demand from the nation without doing their duty by the nation. All of those who hold lists of demands hardly have done any duty to the Nation.