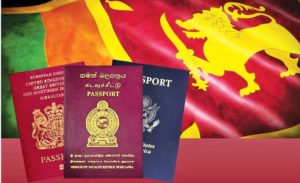 When a plethora of concerns are emerging all revolving around secretly signed agreements compromising Sri Lanka’s sovereignty and officials are not defending the Nation in view of their divided loyalties, it is the right of every taxpaying citizen to pose questions and demand answers. Everyone enjoying perks of office are doing so because of the taxpayer grants them these privileges – is it too much to expect that in return for all that they enjoy, they defend the sovereignty & territorial integrity of Sri Lanka & its People? No taxpayer is burdening themselves to maintain a Government apparatus that makes them facilitate agreements that allows foreign troops to land as & when they like I,n Sri Lanka make use of Sri Lanka’s airports, ports, harbours & land & not be guilty for any violation to Sri Lanka’s territory or its people.

What is the role of a country’s foreign ministry & its diplomats & staff?

A country’s foreign ministry is important for several reasons. It is the channel that formulates the nation’s foreign policy and promotes the policy abroad via social, cultural, economic political interactions while defending the interests of the State and the government at regional & international forums.

It is for this reason that all members of the foreign ministry must be citizens of a country. Dual citizens have divided loyalties. The question of dual citizenship does not arise for ordinary citizens who have worked or lived overseas and at some point in time wish to live in both countries and are monetarily contributing to both countries. However, those in State service must remain only citizens of the country they serve.

In general, Foreign Service rules in most countries do not allow diplomats to marry foreigners as “there is a risk of state secrets being leaked out”. This rule has over time being tweaked because of favoritism and other factors that have diluted policy objectives.

1963 Christine Keeler sex scandal which resulted in the resignation of John Profumo Secretary of State for War after she admitted to passing secrets to the Soviets. Before her death “I was a spy… I betrayed my country” – she had been bedding Profumo & Russian spy Yevgeny Ivanov at the same time!

2018 Australia – deputy prime minister, and leader of the National Party, Barnaby Joyce. Joyce was forced to resign after he left his wife to pursue a relationship with his former media adviser, who is currently five months pregnant with the deputy prime minister’s fifth child. Prime Minister Malcolm Turnbull was forced to publicly say “ministers… must not engage in sexual relationships with staff.”

Foreign Missions also have intelligence officers/agents (as diplomats /business persons or even journalists) who are highly trained in espionage techniques and often under false names. Ironically they do not have diplomatic immunity unless declared a diplomat!

In 2018 UK kicked out 23 Russian diplomats claiming them to be intelligence officers or rather ‘spies’.

How does anyone differentiate a spy from a good diplomat who falls into these 3 categories:

The 19a included a clause that the President & Members of Parliament cannot be dual citizens. If so this should trickle down to entire Government service. No public official in any capacity should be a dual citizen.

But the question is how is anyone to know if a MP/public official is a dual citizen or not?

Incidentally, the confusion was as a result of a Minute on November 2016 by Prasad Kariyawasam then Foreign Secretary to Parliament giving 2 contradictory statements

Obviously this was a case of public officials grasping at straws for the lack of national policy in the Foreign Ministry.

Do foreign envoys/diplomats, their spouses and children realize the amount of money spent on them by the State which invariably means by the poor taxpayer – all for which the return asked of them is to defend the nation & its people.

How many of today’s diplomats think joining the foreign service is simply a career ladder for themselves instead of proudly defending the history, heritage, international image of Sri Lanka and setting the wrongly promoted image and lies straight.