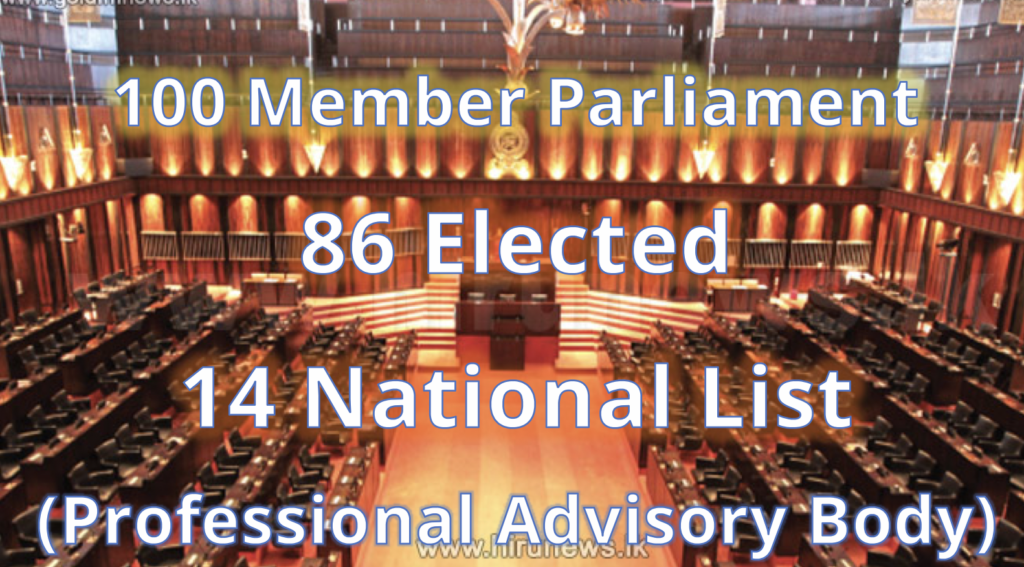 It is without a doubt that neither the Government or Opposition are suitable to represent the Nation or its People. They have all lost our trust. Their greed for power & lust for luxuries at the cost of the People, requires the People to demand to change the system. This proposal is presented to the public taking to consideration the need to clip the perks as this is a key area that lures the corrupt to enter politics & change the present election system to prevent people who do not command the peoples vote from entering parliament through a bogus preferential voting system. We return to the first past the post system.

The legislature will be 86 elected MPs via first-past-the-post system & 14 member national list of only professionals, altogether making a 100 member Parliament.

86 Members to be elected to Parliament by the People from 25 districts & 160 polling divisions.

There is no requirement for proportional representation.

If preferential voting system is to continue, entry requirement should return to original 12.5% of total votes.

The unlimited nature of perks & privileges has spoilt the concept of being a Parliamentarian encouraging people to enter politics to simply enjoy unlimited luxuries courtesy of the State. The moment this is curtailed, unsavoury individuals will drop out from the race, realizing they cannot drain the State coffers & are required to serve the people. So we can expect to have individuals who wish to serve the people enter politics. 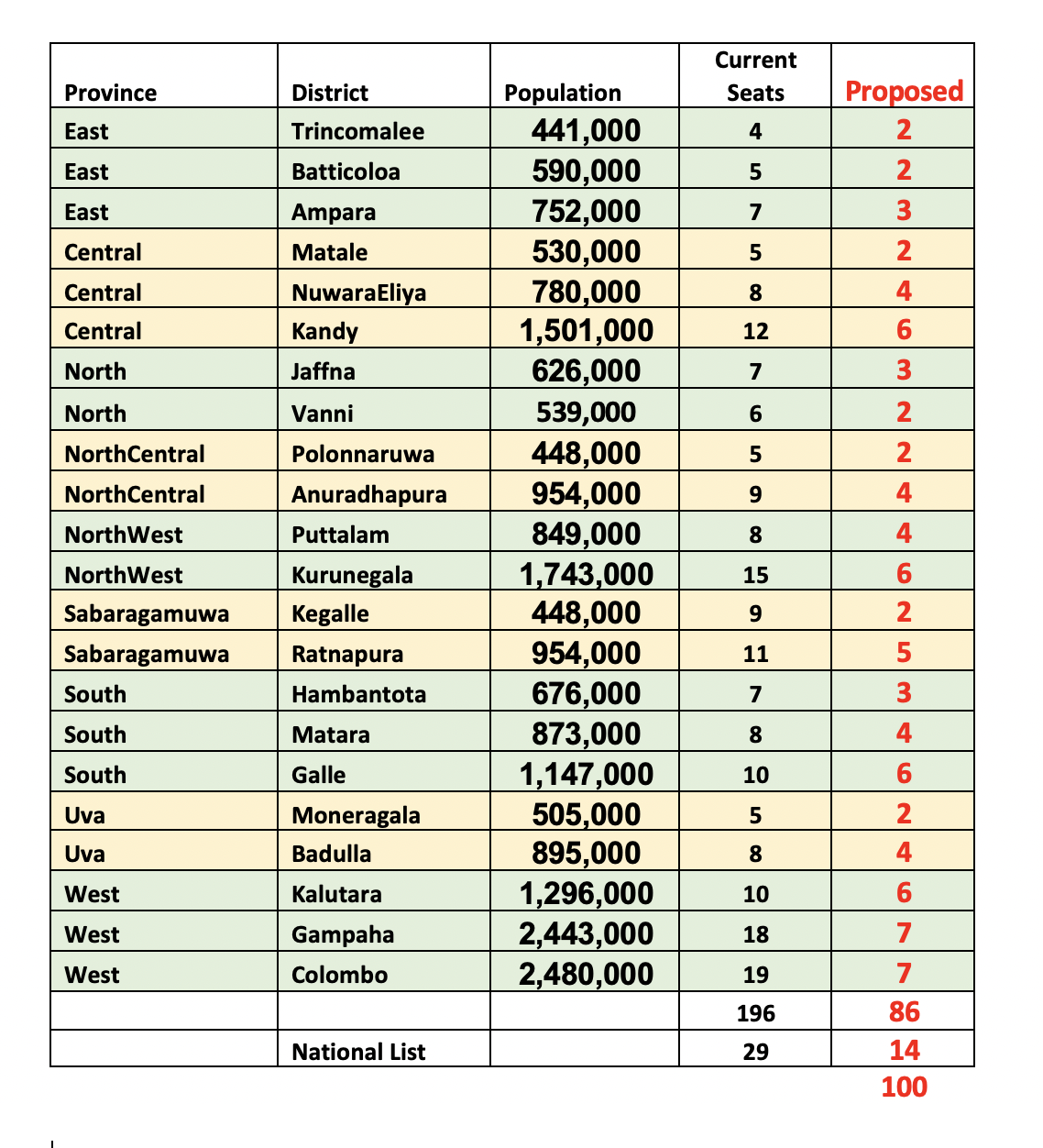 14 cabinet ministers with President as Head of Cabinet

Prime Minister is head of the legislature.

Prime Minister is selected by majority vote in Parliament of the party/coalition that has gained majority votes.

Each Ministry will have 14 Ministers & 14 Deputy Ministers only. No requirement for non-cabinet/state ministers.

Each Ministry will have a Secretary for each of the areas that the scope of his ministry covers (ex: Transport / Agriculture)

14 Member National List – will function as an advisory body to the Ministries & be the conduit between the Govt & the People.

They are not MPs but function in an advisory capacity only as they are not elected by the People to be referred to as MPs.

The modalities of how a Bill is to enacted, the criteria and ratification process.

The process and manner a Referendum can be held will be discussed in a later article.

This primarily is meant to address the need to change the way people elect their representatives & what should be given to these representatives to reduce any opportunities for corruptions.