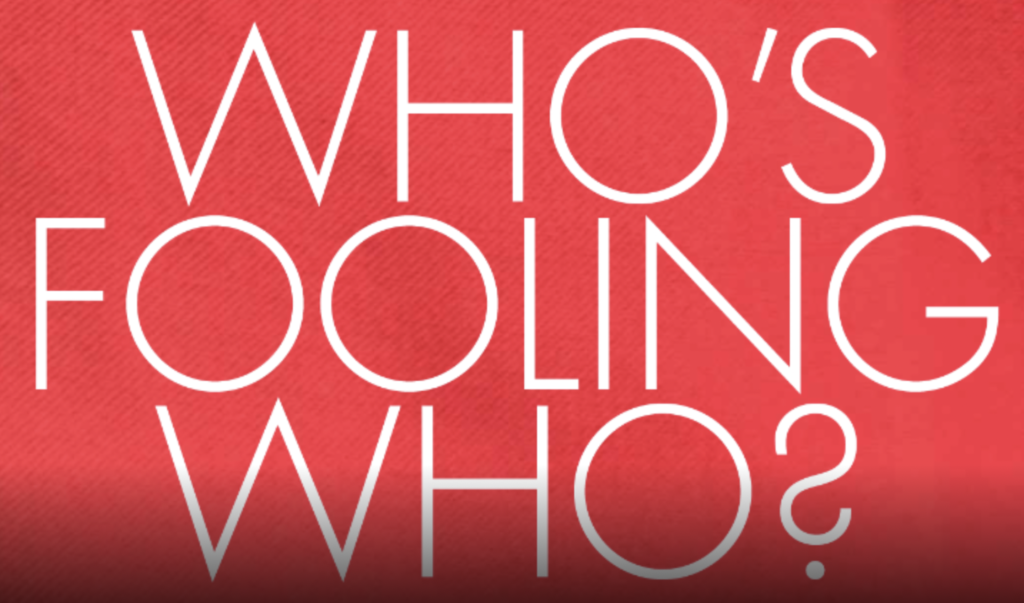 Where do we start? How about the US-engineered regime change in 2015. It remains a puzzle why the engineers of the regime change decided to end yahapalana shelf-life, just as it is a puzzle why the present US-linked leaders together with a coterie of pro-US advisors, US-inclined Secretaries & Public Officials should suddenly fall out of favor, even after signing deals favorable to them at 12midnight. It is time we started to make some sense as many of us are baffled how a nationalist government ended up hated by the People & deserted the nationalist objectives that they committed to fulfill, based on which the 2/3 majority was given.

It is no surprise that everyone questions who is really advising the government & taking decisions in the interest of the country. It was a surprise to the nationalists when the Government departed from its non-aligned policy to declare India First, distancing Sri Lanka from its traditional friends. It raised the doubts amongst many as to where the government was going. Then came the sudden tilt to the US. The signs looked obvious.

While covid made the economic situation worse, mismanagement of the economy over decades of rule, began to haunt the island nation. Whether it was planned with ulterior motives and bad advice, the people began facing a string of hardships coming one after the other. If the outcome was calculated, the desired results were achieved – the people demanded relief & the government was only too happy to go to India for assistance. Was the decision not to go to Russia for discounted petrol primarily because it would anger US having seen the sanction threats given to new friend India? Was this why the flights to Russia were also stopped? Be that as it may, India happily stepped in & relief assistance meant signing several MOUs giving up state assets & placing Sri Lanka under Indian influence. Was this the planned scenario masterminded by our envoy who seems to be finding the path with ease! Was part of his plan, also to have Sri Lanka economically under western monetary institutes?

Did he mastermind the slogan “Reject225” as part of the neoliberal globalist plan to break up sovereign states, end Parliamentary democracy & transfer powers to corporate rule & global multinational hegemony?

Speaking nationalism but actioning Western interests was seen in statement made immediately after swearing a new 17 member cabinet – that Sri Lanka should have gone to the IMF earlier. A cabinet portfolio to a person who humiliated the armed forces to show off to a former US envoy has also been a shock.

It is also interesting that the Court would extend travel ban on the former governor but reject calls to extend ban on former Finance Minister & Treasury Secretary. The reshuffle has not pleased to many either & the latest is an effort to prune the powers of the President which undoubtedly will have the hands up of most MPs primarily because, to have it clipped by a so-called nationalist government is a plus for any election campaign by the opposition. The executive powers must remain intact as it balances any efforts to exert undue influence over the legislature.

This brings us to the golden question – when everything was taking place subtly in the interest of US & India, why would there be a plot to change them? The protestors were all generally pro-West. Why would they go against a government that was towing West?

Let us presume, the present leaders were roped in to complete phase 1 of their plan & having completed the majority of that wish list & placed their people in places, to carry out future agendas, why would their shelf-life suddenly expire too. Could it be that the current set of leaders were in a conundrum to commit to phase 2 of the project demanded of them?

Phase 1 of the project succeeded to bring Sri Lanka under western rule via its monetary arms & under stewardship of hand-picked officials/advisors aligned to them.

Phase 1 saw little or no objection as people’s attentions were diverted to looking into their personal needs having being forced to undergo a string of hardships. These genuine grievances soon generated into hate against the government & that hate was fueled further by a well-planned campaign that headquartered itself in Galle Face Green.

A crisis is the best time to unleash all the hidden agendas into the open. Genuine and valid grievances became fueled no different to modus operandi applied to protests in other parts of the world. All a cut & paste operation.

What is likely to have been phase 2 of the project?

Could the phase 2 of the greater project have been to get the same government that agreed to place Sri Lanka under the rule of western monetary institutes, be asked to enslave the people to their “values” – this would have meant to eliminate the historical place held by Sinhala Buddhists in all state apparatus including the constitution & enforce all that which we see being displayed in the protest zone without any opposition. 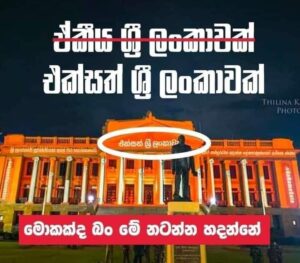 What if the same government that agreed to enforce Phase 1 refused to commit to Phase 2?

In such a scenario, with all plans in place, all that needed to be done was to get rid of the government twisting the genuine grievance towards a different motive. Is this what is taking place?

In so getting rid of the present government, all obstacles are removed & the current opposition would be more than willing to implement the wishlist that the present lot, we presume, may have refused.

This is a plausible reason why the US-linked leaders may have fallen out of favor. In the interim, the likelihood of using the same US-linked leaders to fulfil other parts of the plan cannot be ruled out. Then there is also the bride in waiting who has entered through the backdoor – we can now understand why! Will he finally become the bride!

Let us watch them with these thoughts at the back of our mind – whether both sides are taking the people for a ride!

The outcome or agenda remains to usurp the historical place of the Sinhala Buddhists as they are the common enemy of all. The pretense of unity was exposed by a plethora of humiliating and shocking posts against the pillars that held the nation together for centuries. These posters are unabashedly displayed & camouflaged by unity slogans.

Nevertheless, we do not wish to become South Korea & we certainly do not expect politicians who have lived off the taxpayer to dole out Sri Lanka as if it is their personal property.