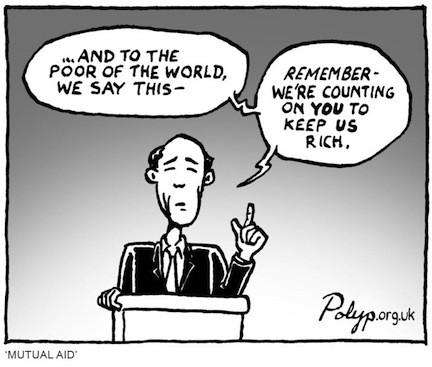 Sri Lanka is in a crisis. How much of that crisis is to be blamed on every government that ruled Sri Lanka since 1978 who have gone to monetary lending institutes for loans for loan repayment/development & meet budget deficits? From 1980s to 2009 much of the country’s expense went to defeating terror. Then post-war economic development. Then regime change in 2015 & from 2019 Sri Lanka faced a covid pandemic. Without a doubt every government that ruled has failed in managing the fiscal affairs of the country. We have spent beyond our means, we have not invested where we should have & we have failed to invest in areas that could have delivered not only revenues but employment as well. In short, country planning has failed. Taking loans to repay loans & committing to give up what we have is likely to end up with no roof over our heads. Politicians are quick to take the easy way out by agreeing to stringent conditions & hoping to somehow hold on to power & pass the buck to the next government to face. This warped thinking has landed the people or the nation nowhere except maintain the survival of all politicians. Do people realize what they are heading for?

The IMF and World Bank, part of the Bretton Woods heritage since 1944. IMF is the private investment arm of the World Bank. Sri Lanka has received 16 IMF loans. Where have we succeeded or failed? Leave it to the “experts” the “economists” they say but these experts & economists have come and gone & enjoyed hefty remunerations but they have not provided any blueprint for success or for Sri Lanka to emerge from the mess. Each time it’s always let the ‘experts’ decide but the buck always stops taxing and selling our assets.

Egypt saw regime change in 2011 & the ousting of its leader Hosni Mubarak.

Conditions imposed by IMF for a $12billion loan

However, it is clear that IMF/WB support together with economic policy changes HAS NOT SUCCEEDED to lower inflation. IMF says its policies are a ‘rescue for Egypt’ but Egyptians say it is eliminating their economic rights.

IMF wants Kenya to overhaul its 3 top public universities as part of $2.34billion loan (Kenyatta, Nairobi & Moi) as a solution to the debt crisis from covid.

Kenya’s public universities operate on a $100m budget gap. The Auditor General listed 11 institutes as being insolvent. Public universities have statutory debts totally $190m owed to the Kenya Revenue Authority. More than 80% of their budgets is spent on recurrent expenditure (salaries)

$6b IMF bailout program will expire in September 2022

IMF slaps at least 20 conditions on average for each loan.

Majority of conditions were focused on politically sensitive areas (public sector wage cuts/private sector reform) IMF loans require mandatory changes for each loan. IMF couldn’t care less what a country’s economic or country circumstances were. Even when the entire world suffered economically from covid, IMF did not budge from its conditions.

Loans given to Cyprus, Greece & Jamaica had 35 conditions each.

The question is – how can drastic cuts enable countries to repay loans while keeping the people from ending up in poverty?

$4.3b IMF loan precedes a bailout with stringent conditions.

The European Network on Debt & Development declared that nations desperate for cash were at a disadvantage in dealing with the IMF which they said was like negotiating ‘at the barrel of a gun’ – some in Sri Lanka presume IMF is the best & only solution Sri Lanka has. Have they studied the conditions IMF imposes?

“Sri Lanka after 1977 has become yet one more laboratory for IMF-WB experimentation. These institutions, whose resources and policies are controlled by the developed countries of the West, probably sincerely believe that the free market, private enterprise, capitalist system which proved effective in those countries in the advancement of the forces of production, will also be effective in the Third World”

What is the good if the people of a country end up in more poverty from the tax burdens they face to meet the IMF conditions?

Claiming to honor sovereignty, what is the point when western monetary bodies demand the privatization of country assets/resources which then fall into foreign hands? There is increasing demands interfering into a country’s internal affairs & domestic jurisdiction for loans too.

Why can’t the loans be tied to investments that enable to repay the loan in a negotiated period which leaves a country to enjoy full profit once loan repayment is complete. If IMF/World Bank invests in building a country’s manufacturing – not only employment but exports can also be satisfied.

What happens at present is a third world government once coming to power acquires the unpaid loans of previous governments & when a budget deficit arises after loan repayment & recurrent costs, a government invariably has to go to a lending body for another loan. If the lending shark demands the government to pay back the loans by increases taxes while also privatizing state assets, what happens is that the people are economically drained and the state loses ownership of its assets. When all IMF loans are eventually repaid – all that is left is a country still in debt or its people in dire poverty in view of the unbearable taxes & the country is left with not having any assets/resources to even come out of the economic crisis it has fallen into.

What do the protestors demanding the ouster of the present government as well as the entire parliament, have to solve the current economic situation?