To prevent balkanization of India – remove 13a in Sri Lanka 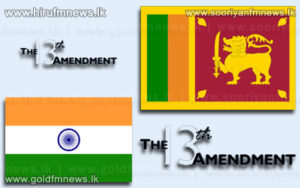 When US pivots to Asia as a strategy it means Americas political, diplomatic, trade, economic, cultural focus is all shifted to Asia, it also means, its associated alliances, partners, its covert/overt teams will all come with them. How prepared is Asia and in particular is India for this & what ramifications will India be subject to?

Who are America’s Western partners – all of the EU countries, NATO partners, Israel, Australia – in short the Western liberal white nations

Who are America’s Other partner countries – pro-US Islamic countries headed by Saudi, Japan & unfortunately India as well as smaller nations that think it a pride to be plugged with the West inspite of its horrific checklist of crimes.

Who are America’s terror partners – Al Qaeda, ISIS and other groups that have direct or indirect links to US via its intel organizations. Wherever US pivots too Islamic terror follows, or wherever Islamic terror strikes US pivots to, as a crusader to ‘end terror’ – well that’s the excuse given.

We all know that Tamil youth were taken and trained in India but was this India’s strategy or did the West encourage this as part of a bigger plan? Let’s assume that upto Rajiv Gandhi’s assassination LTTE were steered by India, then it is safe to assume thereafter LTTE was manipulated by West for its gains through NGOs, the Church (Father Emmanuel, Bishop Rayappu Joseph, and many other Church heads were openly canvasing for LTTE)

LTTE had opened offices in the West, its Diaspora heads were manipulating charity systems in the West & the Western govts did nothing about it, LTTE lobbies were openly campaigning for LTTE and foreign governments had no qualms about their parliamentarians even attending LTTE functions  – but they did ban LTTE and they did carry out a few cosmetic arrests but nothing close to what they could have done and should have done to end terror using their own country laws against terror. Aunty Adele is happily living in UK enjoying all the wealth of the LTTE kitty and this is the woman who trained children to kill people and commit suicide if caught!

All throughout Sri Lanka’s conflict a barrage of players sponsored by the West were not only entering Sri Lanka but India as well – they came as conflict resolutionists, helping to build homes, helping women & children, helping to put up water & other utilities, helping to provide livelihoods – you name it they had a program designed for it & plenty of money to throw around. Is it a surprise that while all this was happening, Hindus were getting converted as most of the NGOs operating were proud ‘Christian’ organizations? They claim to promote equality and anti-discrimination but their Vision, Mission & Objectives clearly stated them to be ‘Christian’ NGOs/organizations.

All of these entities we know were undercover operations – on the surface they present themselves as doing a great service to society but those that fund them use the staff for undisclosed purposes and the data they gather and information they give is tactfully used for other bigger plans which staff are clueless about.

What has been happening in Sri Lanka has been happening parallel in India and India is well aware of it as unlike Sri Lanka, it has taken some strong steps to curtain NGO/faith-based operations but rather late in the day. The manner that conversions have penetrated deep into rural India is seen by statistics alone.

All these operations are aligned to time-tested success ploy of divide and rule and it has worked well to demonize the majority in both India and Sri Lanka by the UN, associate NGOs/INGOs, foreign media partnering with local media, local stooges, purchased politicians and minority leaders & their representative bodies. The modus operandi has been to place the minority in powerful positions and use them to bring legislative and legal changes that stir the nerves of the majority – in India, the Hindus, in Sri Lanka the Sinhala Buddhists. The world is given no balanced version of things as UN & its associate entities, human rights activists etc are quick to jump to the scene and condemn the REACTION but totally IGNORE mentioning the ACTIONS that led to the reactions.

Putting all this into the current context – India must realize that India has been taken up the garden path playing on India’s aspirations to be a permanent member of the UNSC, thinking India to be on par with the powerful nations and in exchange becoming the bully of Asia on behalf of the West against all of India’s neighbors. It is no surprise that none of India’s neighbors will shed any tears if India is balkanized. However, balkanization of India is not good for India nor is it beneficial to South Asia or the Asian continent especially when we know the record sheet of the players that push for creation of micro states – Kosovo and South Sudan and two perfect examples of what Sri Lanka or India should not become.

LTTE enabled the West to discretely set up in both Tamil Nadu & Sri Lanka, with US pivot to Asia, India should wake up to the fact that Kashmir and Sikh separatism now coming to the open is no coincidence. True enough the self-determination in Sri Lanka for Tamils was only to mark time until the West was ready to play its cards on India, but we all know the real self-determination is meant for Tamil Nadu (either annexing Sri Lanka or separate)

This is why it is to India’s benefit that India agrees to repeal 13th amendment where the provisions will be beneficial to the West if it does balkanize India while manipulating its benefits in Sri Lanka to its advantage, which was something we all predicted but India chose to ignore.

It is to India’s advantage that India shifts its big bully policy on Sri Lanka as well as other bordering nations and quickly devise means to handle the Western interventions/interferences in Asia.

India should take seriously the MCC agreement together with ACSA & SOFA and the detrimental ACTs/Statutes being drafted and passed in Sri Lanka by foreigners. The regime change India helped take place in Sri Lanka in January 2015 has enabled West to place their stooges in all important roles that are making drastic and dangerous changes to Sri Lanka’s entire administrative and security systems. All of these changes will soon impact on India as well.

If Sri Lanka becomes a Western base in lieu of Diego Garcia it is only a matter of time that what happened to the Soviet Union and Yugoslavia will happen to India. As India will have to grudgingly agree – India was kept clueless about ACSA, SOFA, MCC, Land Privatization Act, Land Bank and many other dangerous ACTS that have been passed.

India’s intel warnings on Islamic terror is a tad bit late because the operatives are now either in sleeper cells or moving about freely with the assistance of its masters and we all know the countries that nurture them. Islamic terror is going to be the latest ploy used in the West’s pivot to Asia – let us not forget Asia holds the highest number of Muslims and the spread of Wahhabism is another tool that facilitates West’s pivot to Asia for terror comes aligned to West’s ‘war on terror’.

We in Sri Lanka have cultural ties with India. True India has been a bully, but we are all intelligent enough to realize that India should not become the first domino in the neocolonial agenda of the West via transnational corporations & profit-hungry politicians linked to them.

If we see the larger picture of what is likely to happen to India, it is for India to now realize that it is in India’s best interest to link up with Sri Lanka, not with hidden intent to bully or influence it, but to help each other safeguard the sovereignty of both India & Sri Lanka.

The West may be able to buy a miniscule number of unrepresentative people who are propped up only by the power of the funding they receive based on the importance given to them via the West. These roles need to now be reversed and these anti-India/Sri Lanka lobby displaced and in their place a new team of people to take over. With elections forthcoming in Sri Lanka, it is to India’s advantage to offer a handshake of proper diplomacy instead of one hand of goodwill and a knife in the other. For starters, 13a must go & India must help remove this.