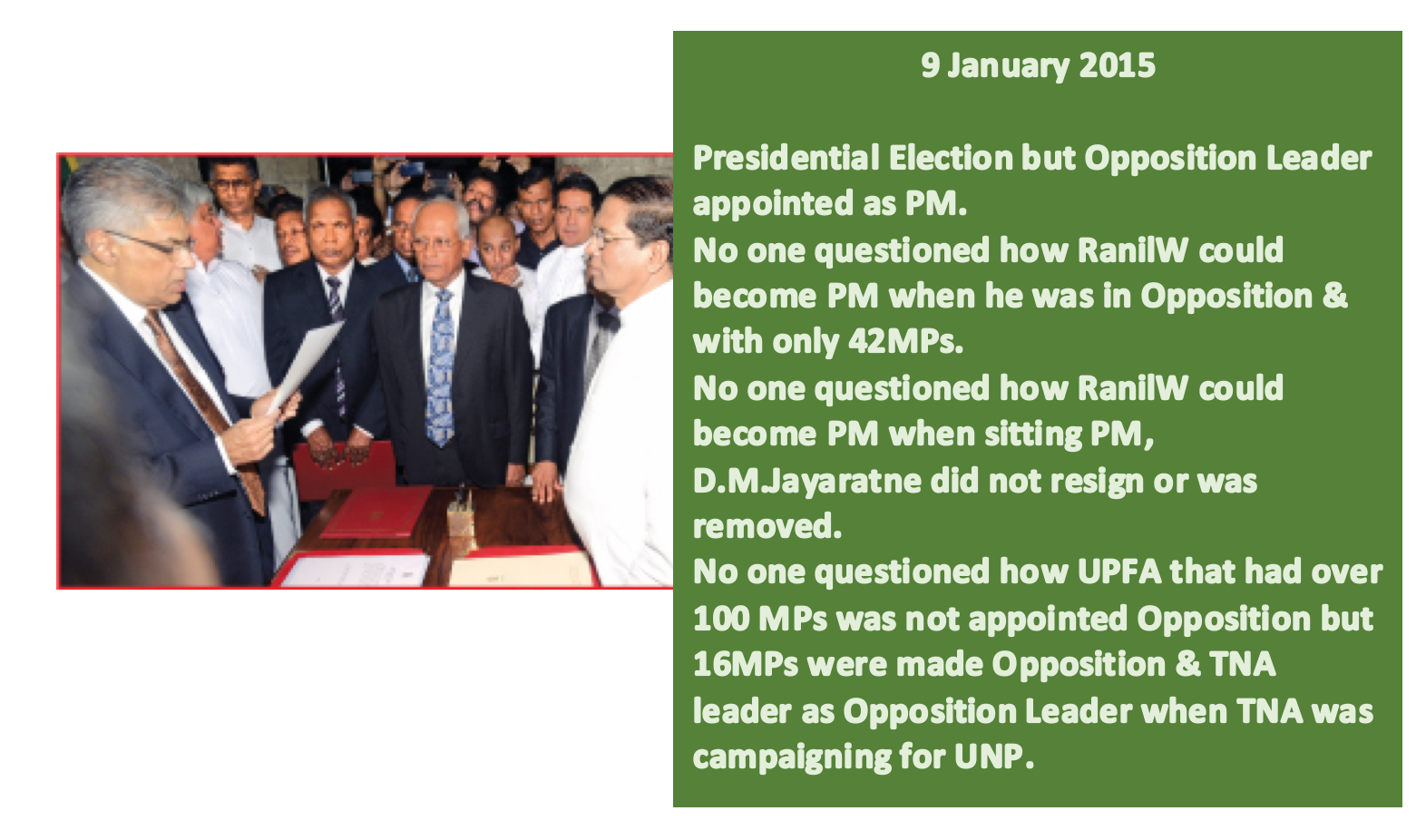 Removing Rajapakse corruption & restoring democracy was the campaign slogan that brought Yahapalana to power in January 2015. There is little to debate that what the voters got was nowhere near good governance and the plethora of piling corruptions against yahapalana keeps getting worse. In 4 years the damage done has been far worse than Sri Lanka suffering 30 years of terrorism. Economy is in a state of ruin, natural & national assets are being siphoned to foreign hands never likely to return, national security threats & risks abound, illegals & aliens are entering Sri Lanka as guests – everything is being put to experiments by foreign advisors who are being handsomely paid by the tax payer & not many seem to still understand the larger picture even after members of the TNA clearly spell what the intention behind the new constitution is. Time Sri Lankan citizens seriously kick out allegiance to political parties and realize that their ignorance & don’t care attitude is giving oxygen to politicians to do as they like & ruin our beautiful island nation.

A handful of records by yahapalana since 2015 is presented for you to get an overall idea of the damage that has been done in 4 years.
Appointments:
Corruptions & Wastage