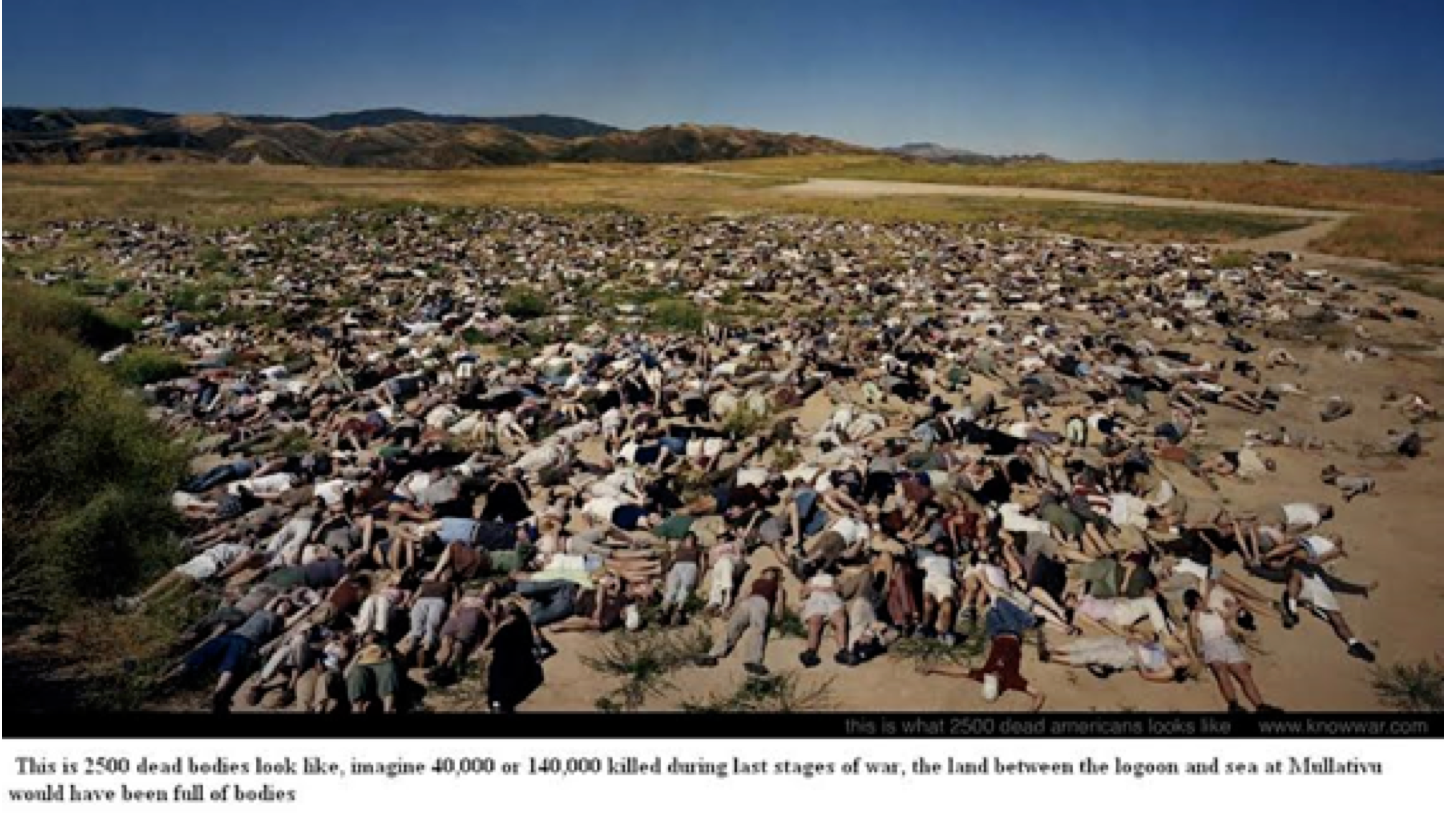 There are some important clauses in the May 2009 Resolution passed which are noteworthy in the context of all the successive resolutions on Sri Lanka & behoves the new Government to return to it & quote from it.

A/HRC/S-11/2 was the Resolution passed at the 11th Special Session on 27th May 2009 less than 10 days after Sri Lanka ended a 3 decade terrorist conflict militarily.

How can a Special Session be held?

Who requested a Special Session?

Who supported this request by Germany? 17 members of UNHRC

Who else supported the request by Germany & 16 other countries? 20 Observer States

Questions for Germany & all others who wrote to UNHRC on 19th May 2009 seeking a special session on the very day LTTE was eliminated – Where you when LTTE were killing innocent babies, children, men, women, public servants, politicians, world leaders?

Note: The insertion of 13a brought about much debate in Sri Lanka and the insertion that it was the commitment of the President in power (which does not necessarily mean it is a policy of another government needs to be reiterated)

Cuba made a statement on behalf of Non-Aligned Movement.

Eventually A/HRC/S-11/L.2 presented by Sri Lanka went for a vote and 29 voted in favour of Sri Lanka, 12 voted against and 6 abstained.

“What then is behind this call for a Special Session? It doesn’t require decoding Mr President, Excellencies. It is very clear from the proceedings that started yesterday. From high officials who should be above the fray, making statements which presume guilt on the part of Sri Lanka, and which could lend itself to misperceptions of bias of one sort or the other, to Special Rapporteurs who clearly exceeded the code of conduct, to a handful of countries which kept on mentioning war crimes, war crimes and war crimes, over and over again, presuming guilt just one week after a thirty year war was over. Mr President, these are the same people who told the world that Iraq had weapons of mass destruction, so I wouldn’t buy a used car from these people, let alone allegations of war crimes. We tried but the people who are criticising us today, Mr President, didn’t even bother to sit down and have a cup of coffee with the other countries in our region and ask them what they thought of the Sri Lanka situation and the call for a Special Session. So much for inclusivity, which is supposed to animate the behaviour of us all in the Human Rights Council”

If in 2009 UNHRC reaffirmed its respect for Sri Lanka’s sovereignty & territorial integrity and its right to protect its citizens & combat terrorism – why did UNHRC interfere in Sri Lanka thereafter?

If in 2009 UNHRC condemned LTTE for attacking civilian population and using civilians as human shields, why have resolutions since 2012 omitted this?

If in 2009 UNHRC acknowledged the continued engaged by the GOSL in regularly & transparently briefing & updating the Council on the HR situation on the grounds & measures taken WHY is UNHRC making subsequent unwarranted allegations?

If in 2009 UNHRC welcomed end of hostilities and accepted that GoSL liberated ‘tens of thousands of its citizens’ kept by LTTE ‘against their will as hostages’ why has UNHRC subsequently made allegations only against GoSL and SL Army?

Majority of demands made with every resolution since 2012 have nothing to do with Sri Lanka’s terrorist conflict but making demands interfering into the internal affairs of Sri Lanka which violates UN Charter.

Much of the allegations made since 2009 have no evidence but plenty of hype and propaganda.

The bi-weekly consultative meetings to which UN and associated bodies were invited to discuss the ground situation with GoSL representatives and Armed Forces heads was the best forum where diplomats and UN agencies could demand answers if there had been any issues related to giving aid, excesses committed by the army, high civilian deaths as a result of hostilities etc..however these meeting minutes do not have any such questions raised. How come figures of ‘dead’ are getting inflated annually?

The absurdity of this claim should be realized looking at this 1 photo of 2500 dead Iraqi’s & imagine how much space 40,000 dead Tamils would need. The Sri Lankan Army would have to be some magicians to make all these dead disappear. 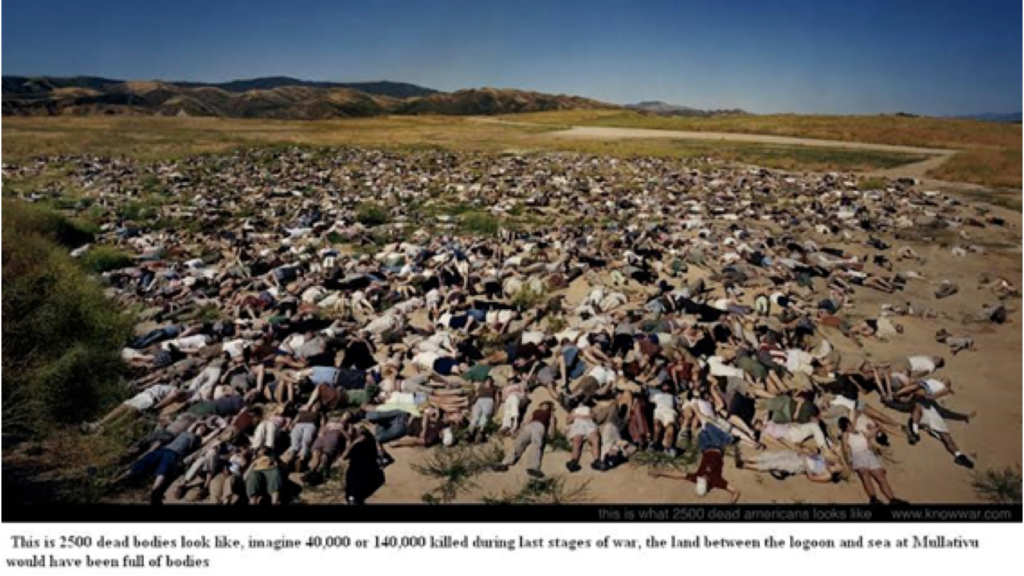