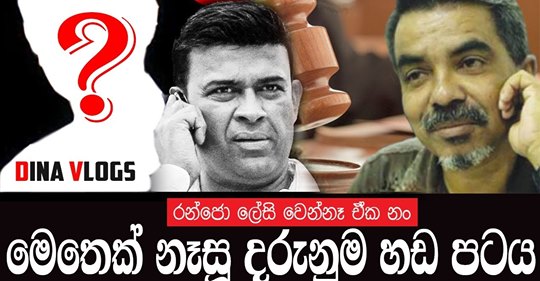 We have lost the narrative and we need to correct this and re-write the narrative. The soldiers defended the nation, got rid of terror and returned Sri Lanka to live in peace. The role of the diplomats in defending the nation has been lackluster. As a result, the world is unaware of what Sri Lanka went through and has come to accept the fictions promoted by LTTE propagandists and those on their payroll as well as those paid to destabilize Sri Lanka. The recent leaked voice-clips, allegations of corruptions have afforded a golden opportunity to set the story right. It places the President on a morally high ground in taking the very allegations by the international community & seeking closure to them by finally cornering the culprits and serving them justice.

Disappearance of media personalities: a set of names are oft circulated in the media –

Whoever attacked, kidnapped, killed or made them disappear needs to be brought to book. The tape revelations by Major Ajit Prasanna are indeed startling and cannot be ignored.

But, in so doing President Gotabaya CANNOT ignore every OTHER media personnel who was killed or went missing too. Who killed Richard de Zoysa, Premakirthi de Alwis, Sagarica Gomes even former President Chandrika Kumaratunga’s husband Vijaya Kumaratunga also needs to be named and punished.

This should get nod of approval by international media, UN and diplomatic community for they have been crusaders of justice for media personnel attacked and this is a super opportunity for the present Govt who had been unfairly accused to set the story right by cornering the real culprits who have gotten away with their crime all these years.

There are thousands of deaths no one knows who was responsible but their families deserve to know. What we all know was that the crimes were committed by either UNP or JVP but there are a handful of personalities who were directing and coordinating these vicious and inhuman acts on people through groups like PRAA, Black Cats, Yellow Cats etc:

Deaths of Daya Pathirana (student leader), Wijayadasa Liyanarachchi (lawyer), are just a handful of names who fell victim. Scores of people were tied to lampposts and killed. Torture chambers did inhuman acts and this period has never been properly investigated and culprits brought to book.

The West is still hounding NAZI’s and arresting those who are even in their 90s – therefore those that committed crimes or ordered such crimes must be held accountable whatever their age.

The UNHRC also is asking to release ‘independent commission’ reports this means the Batalanda Torture Commission Report, the Sansoni Commission report on 1983 July riots must all be released.

If the State finds evidence against them for violating the State and the Military Code of ethics the military/police must take action against them and criminal charges must be filed against them.

A few sour grapes cannot be allowed to destroy the good name and reputation of the entire armed forces/police. Taking action against these unwanted personnel who have embarrassed and tarnished the armed forces/police will serve as a deterrent to others and positively show the international community that Sri Lanka has taken action to punish wrong doers.

It is commendable that the President has launched an investigation into the political victimization by numerous state entities opened and operated under the former PM targeting only Ministers of Rajapakse government. With the exposure of leaked tapes it has come to light that the judiciary and police have been heavily influenced by the previous government and many a person have been put into prison having influenced the judges.

The case of Mr. Lalith Weeratunga & Mr. Anusha Pelpita should be exposed publicly to show the low levels that the UNP has stooped to in completely destroying the good name of a civil servant.

The judges & police breaking code of ethics of their employment for personal gains must be punished and debenched/sacked from service.

Again we have failed in highlighting the true picture of how divide and rule policies of the colonial invaders created a minority thinking them to be superior to and demanding they rule over the majority while unfairly targeting the majority claiming them to be discriminating the minority. We had ample evidence to showcase how minorities got preferential treatment under colonial rule and how that in a democratic and independent sovereign framework could not continue and was reason for grievance though it had no basis. The statistics was enough to showcase what minorities enjoyed but it was never used. The demands of separatist Tamil political leaders sufficed to showcase unfair demands but that too was never internationally shown. The militancy and termination of lives was enough to showcase who were the victims and the perpetrators but that too was never projected to the world. The manner LTTE hijacked the separatist chant was also never linked and shown.

All these anomalies need to be now brought into the open and publicly shown not only as reminders to locals but to set the story straight amongst the international community.

If the general public & the international community are not aware of the truth it is the fault of 2 main groups – the State and its apparatus and the other group that comprise media, local NGOs and so-called civil society.

The state silence is often as a result of political agenda where truth is often compromised for political deals while the 5th columnists are often silenced by power of foreign funding and other remunerations that come their way to either distort the truth, not publicize the truth or publicize something completely opposite to the truth.

It has always been left to the common sense and personal judgement of the public to weigh the stories and make their own conclusions but that is not doing justice to the victims.

From the 1980s Sri Lanka has been subject to tremendous external influences all of which have hampered the exposure of the covert/overt and other insidious plots and ploys at work.

The new President has before him a golden opportunity to put all these untruths, half-truths and lies to rest by addressing all areas that have been neglected and closing these chapters by exposing the individuals and groups who have been responsible for the injustices.

Spare no one in exposing the truth before closing this chapter for good.

In so doing the international community will be left with nothing much to hound the new Government and it will certainly put to rest issues that are unnecessarily tarnishing Sri Lanka’s good name.