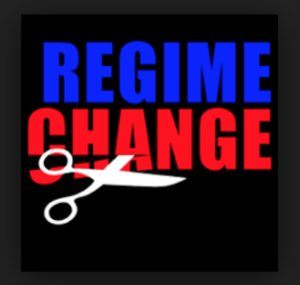 Governments come & governments go – that is clear evidence of a vibrant democracy. People go for elections – they bring governments to power & they can bring down governments too. We have seen that happening too. But all this becomes a little complicated when groups of external players enter the scene to mess with people’s minds, when they plug fake stories, fund campaigns & even individuals & groups. All this becomes unfair & corrupt practices. But, we know this is a phenomena happening in all parts of the world & these colored regime change revolutions are the new modus operandi in placing in power governments & leaders who are ready to be the local conduit to various agendas set in motion to destabilize & weaken nations. A country geopolitically & commercially important as Sri Lanka is a paradise for every external party and it is in our ability to understand & link how other countries with asset interests to external forces have fallen, that makes it easier for citizens to surround & protect the leaders working in the interest of the nation & not the locals facilitating the interests of the external forces.

The regime change that took place in 2015 was in for a democratic regime change in 2018 and shockingly delivered by the puppet the regime changers thought would dance to their tune. When people become too cocky with confidence they let their guard down & it was either the wind blew alert of an assassination or impeachment that led to the President clean bowling the mastermind behind the plot.

In a case of rubbing salt into the wound, his replacement became everyone’s bête noire and all this took place on 26 October 2018 totally unaware to everyone. Keeping the excitement in full throttle came the proroguing of parliament, dissolution of parliament & then the democracy cheerleaders that were too chicken to go to courts against the sacking of the PM, dashing to court to file petitions against holding elections & as a result of a court order pending final verdict the entire country is in a standstill.

To make matters worse the Speaker joins the fracas by adding fuel to the fire issuing bizarre statements & proving by action his bias. The sacked PM says he is still the PM, the Speaker refuses to accept the new PM as the PM but accepts the No Confidence Motion & passes that in 10 minutes without following standing orders or due process.

The most flogged argument in a well-planned psychological effort to instill fear among public is to spread the notion that we must fear the West. Therefore, the hysteria promoted is ‘what will West do now’ we are not behaving as per their ‘democracy’ ‘liberal’ ways…the sacked PM too promoted the notion that the West would sanction Sri Lanka because he was dethroned. Well, we have news for you scardy-cats…western nations maybe powerful by virtue of their military might & the bloc nations that they use to bully others… but these nations are all throwing stones from glass houses. They are no beacons of virtue, they commit the biggest human rights violations, they are the real violators of democracy & it is time we read out their record sheet.

Let’s take the UK first, and always keep in mind that these Western nations interfere in nations for commercial & geopolitical interests & ‘democracy’ is simply a convenient excuse to camouflage their real intent. They use global corporates on the boards of which are former government heads & officials to force developing nations to privatize. This is the new norm happening across the world. They use global entities like IMF & WB to entrap nations into debt & demand returns that insist on cutting welfare systems of the people.

Let’s not forget that the arms & ammunition sold for profit to Saudi & allies now bombing Yemen have killed over 10,000 Yemeni civilians & brought the nation to the brink of starvation. These probably align to ‘British values’ & American ‘democracy’ & ‘human rights’.

These paragons of virtue didn’t mind cutting deals with Libya either – during deals (£550m  shell oil ) brokered under Tony Blair the Libyan leader was Col. Muammar Gaddafi but when they wanted to oust him, Gaddafi became a ‘dictator’. Same fate happened to Saddam Hussein, UK PM Thatcher had no issues selling him arms during 1980-88 Iran-Iraq war & while he killed plenty of Kurds in 1988, but Saddam went on to become a ‘dictator’ with US-UK-NATO deciding to liberate the Iraqi people.

Let’s go a little further into history, remember how UK described Chile’s Augusto Pinochet as Britain’s ‘true friend’ and this was throughout the period he was murdering Chileans. Let’s cross over to Indonesia… remember Gen. Suharto – he came to power from a military coup in 1965 and went on to occupy East Timor in 1975, UK PM Thatcher too described him as ‘one of our very best and most valuable friends’ and he was even a State Guest in 1979… this is the man who killed lakhs of people.

In case we miss to mention, the democratic government of Iran led by Mossadegh was overthrown by a US-UK coup & the Shah of Iran was installed. Why was Mossadegh overthrown you may ask, he was replaced simply because he was planning to nationalize Iran’s oil industry. Can you imagine these virtuous countries US & UK overthrowing a democratically elected leader simply because he wanted to nationalize Iran’s oil!!! So much for democracy!

Some of these virtuous democracy angels in the West have got quite personal too … we have all heard of the personal letters sent by the Queen to Idi Amin, UK’s Ramsay MacDonald wrote to Italy’s Mussolini, Austen Chamberlain even went on a holiday with him. 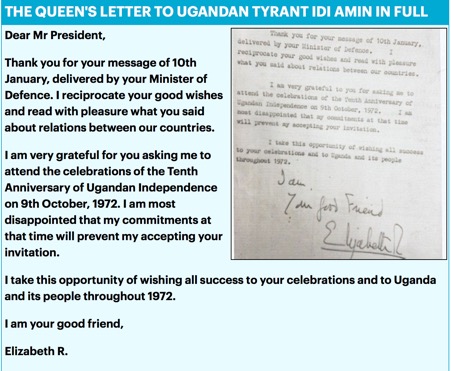 The image of ‘dictator’ was one that was built slowly against Mahinda Rajapakse too… thankfully Sri Lanka being a small island the lies can’t take flight as easily without counter reactions. However, we can recall how the US citizens were made to believe Gaddafi, Saddam were all ‘evil dictators’ had these Americans been a little more read about world happenings they would not be taken for a jolly ride so easily but because they are clueless about world affairs the US UK & NATO got away promoting their trained mercenaries as rebels & sent them to Syria where the duty of the West was to deliver democracy & get rid of ‘evil dictator’ Assad.

The manner Kosovo, South Sudan were given independence, the manner populist leaders like Haiti’s Aristade were ousted is a case in point for Sri Lanka to keep in mind as West are not too fond of populist leaders who make it difficult for West to push their anti-national agendas.

India that proudly partners the West must surely be aware that balkanizing India is also on the West’s shopping list – no different to how Soviet Union & Yugoslavia were split. Already the Missionary network are working underground.

The West’s interference in Sri Lanka has become all too obvious. The first open signal came when a set of Western envoys visited deposed PM before making official courtesy call to the new PM – their statements too flout diplomatic protocols. Regularly these envoys are seen visiting the deposed PM and moreover they are even attending Parliament & have been present in the Supreme Court when the petitions against dissolution of parliament to hold elections were filed. The manner that some JVP MPs were behaving in Parliament functioning as a proxy UNP clearly showed how compromised they have become too. How are these engagements part of their diplomatic work??? Are these not poking their noses into the internal affairs of a sovereign nation. These are silly questions to even ask when considering the interferences these very nations get up to in other countries. 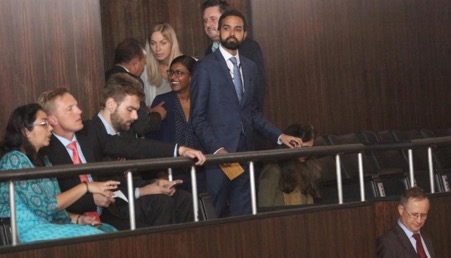 If Sri Lankans do not know of West’s record sheet they are unlikely to understand the exact nature of the battleground we are dealing with. It is in being aware of US – UK – NATO & all other nations that have played roles in regime change, liberal capitalist neo-con privatization schemes, illegal interventions & occupations & a general overview of how invisible agents operates can Sri Lankans understand the need to back any leader who is not aligned to these forces & reject any leader who are backed by these forces and the locals that back them.

That effort has been made easy by the fact that the very forces that helped bring the regime change – from politicians, political parties, media, social media groups, lawyers, ‘academics’, ‘civil society’ etc are the very people scrambling to return the deposed former prime minister back into the saddle. Their latest propaganda is to shout #democracywins & pretend to be mouthpiece for democracy but they go mute when questioned as to why they did not oppose UNP JVP TNA passing special bills to delay elections & not holding elections from August 2015 to February 2018!

That they were all using the President as a scapegoat can be seen in the manner that they are all now throwing bricks, when in 2015 they were throwing bouquets. All of them are however mum about a string of illegalities, irregularities that their hero has committed since January 2015 – Bond Scam, nepotism, favoritism to school buddies, autocratic rule, not informing President, passing bills by inserting additional clauses not inserted at committee stage, deceptive manner that the new constitution was to be passed, detrimental Bills that would have sold national resources & assets and a wave of privatization that would have given foreigners freehold of land, we would have lost our airports, ports, harbors, forest reserves, land around strategic areas/assets to foreign privatization projects.

The ruckus in parliament would have been costly but had that not happened all of the items mentioned would have been passed & we would have never been able to get these back without going for international courts resulting in compensating these foreign companies for damages in reversing agreements signed. If people are able to understand these dangers, they would clearly see why Sri Lankan voters need to in future always vote for a leader who has the interest of the nation and is not working to fulfill the interests of foreigners.

US Provides Military Assistance to 73 Percent of World’s Dictatorships

How U.S. Military Bases Back Dictators, Autocrats, And Military Regimes

William Blum gives a long list of other people’s governments overthrown by the US –https://www.huffingtonpost.com/entry/how-us-military-bases-back-dictators-autocrats-and-military-regimes_us_591b229ae4b05dd15f0ba8e6

US military bases in 172 countries

The people must now realize by the bloc uniting to replace the ousted Prime Minister that their motives camouflaged by democracy dictums have nothing to do with the interests of the Nation or its People. This alone suffices to awaken the people as to the lurking dangers & the need to defeat them democratically at a future election if the people wish to secure the sovereignty of Sri Lanka.

Keep in mind that there is an assassination attempt on the President which was the reason for removing the PM… we demand an investigation into this as we know too well how many foreign leaders have also been assassinated by these democracy angels.

We do not want Sri Lanka to become another ‘We came, we saw, he died… & we laughed’ story!

This island is thrice blessed by Buddha, divine forces work in mysterious ways to safeguard the nation and we will come out of this calamity too. 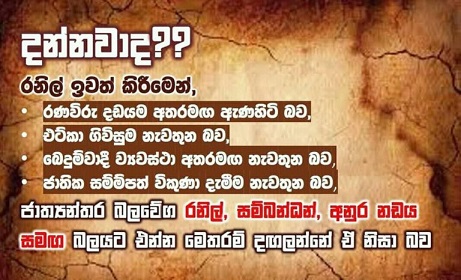 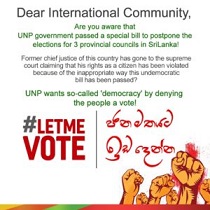 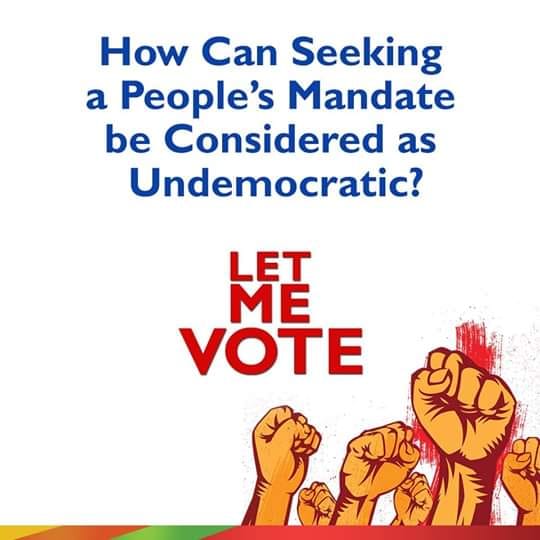 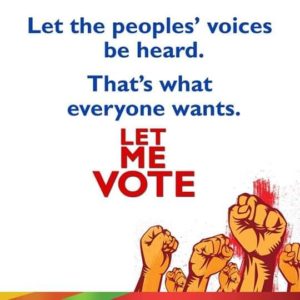 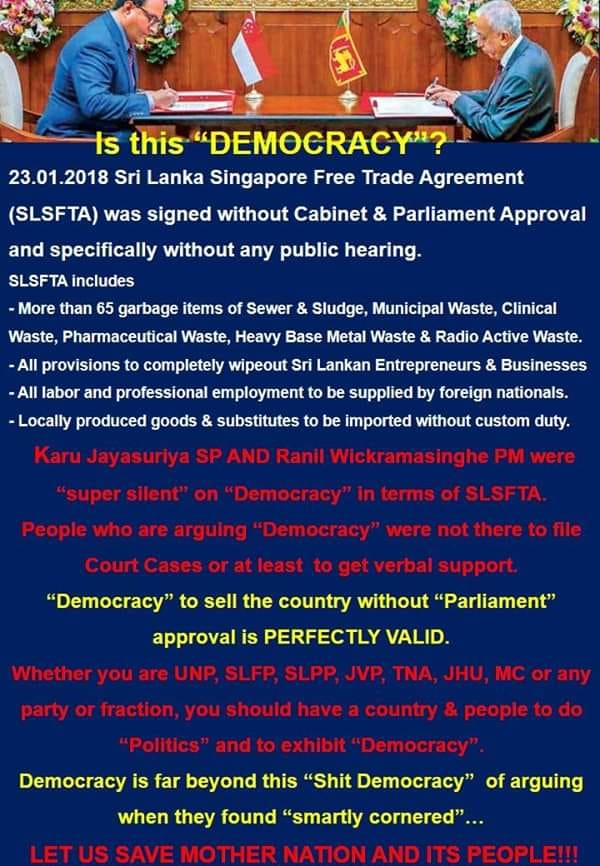 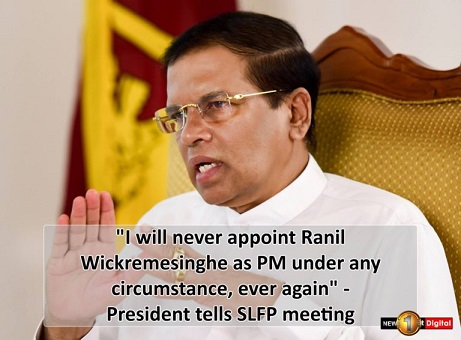