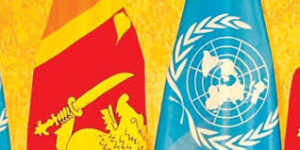 The Tribunal against former Yugoslavia in 1993 took 23 years spent $2b and has been accused of selective bias in the indictments and completely omitting NATO crimes from investigations. Serbian leader was exonerated eventually but he died before the verdict in prison. Allegations of war crimes exceeding 100,000 eventually resulted in just 2788 dead bodies and that ended the ‘mass genocide’ story.

Rwanda Tribunal in 1994 again excluded foreign involvement including the UN from investigation & spent 20 years, £1 billion taking 8 years to find 2 arrested in 1999 as not guilty in 2011 citing ‘errors’ in initial judgement. So much for greatness of foreign judges!  95 indictees cost £11 million each.

Cambodia hybrid Tribunal in 2006 took 8 years spent $200m but only 5 indictments and 1 conviction for alleged killing of 1.7m by Khmer Rouge in mid 1970s by Pol Pot! US, UK complicity in these crimes were never taken.

Sierra Leone Special Court 2002 had a 65hectacre court complex, costing $1,066,300 to the taxpayer (who live on $30 a day), prosecution lawyers were mostly from US or US influenced countries and no local judges. Court spent $23m on every defendant but only 22 have been indicted.

Special Court for Lebanon 2007 tried suspects in absentia. 4 years of investigation cost $325m with 49% of court funded by Lebanese govt where poverty rate is over 60% and money wasted on the court could have easily be spent on the people.

Special Hybrid Court East Timor for crimes committed between 1975-1999. 75% of the people indicted remain at large. Only 1 person is in prison. There was no sovereign East Timor when the Tribunal was created. East Timor became independent in May 2002. UN ended Mission in 2005. Relationship between Indonesia & East Timor can be compared to Sri Lanka & India.

East Timor, Cambodia & Sierra Leone, Kosovo were hybrid courts – combining international & national element. Hybrid tribunals were set up to cover crimes committed prior to establishment of ICC. Hybrid courts do not have direct authoritative backing of the UNSC and will apply domestic & international law & international & domestic lawyers which is probably career prospects for some local lawyers in Sri Lanka.

The answers to the 30 questions posed clearly establishes UNHRC has no case against Sri Lanka or its National Army and looking at the controversial courts that UN has held the wastage of money & years as well as the biased judgements justifies our refusal to agree to such for Sri Lanka while any Truth & Reconciliation cannot omit role of India, role of West, role of UN & INGOS/NGOs and their local stooges, role of the Church, LTTE Tamil Diaspora and a plethora of others who had been operating from behind the scenes in what is far more than a terrorist problem in Sri Lanka.