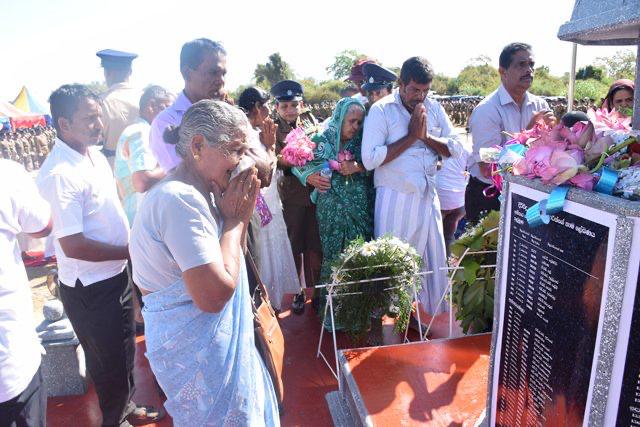 The world has over 64million military personnel which includes regular, reserves and paramilitary forces & close to 13million police defending their countries. They not only protect and defend the sovereignty & territorial integrity of a country but they are inducted whenever the nation is in need of them. With regular natural disasters taking place their role has been enhanced. The role they are playing throughout the global pandemic of coronavirus cannot be measured. Yet, how many of them have fallen unfairly and unnecessarily in the line of duty and has the world’s peace bodies & their representatives given them due place. No soldier can be compared or placed on par with a terrorist and no war manual can be used against them when a terrorist follows no laws or manuals. How far have governments & international bodies been fair by the World’s Armed Forces & Police? Are these international bodies out to stop terrorism or give terrorists a good name, sympathy & farewell?

There are some 220 designated terrorist groups banned by countries which excludes the lone wolf groups. But together these terrorist groups have caused deaths of not only civilians but hundreds and thousands of armed forces and police too. 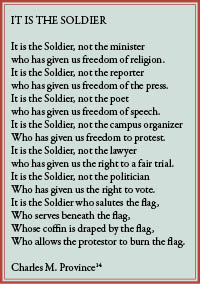 The tragedy has been that terrorism today has become a business.

Countries that profit by selling arms end up creating conflicts that result in supplying arms to both the country defending itself against terror and the terrorists striking terror. Ironically the very countries that supply arms to the terrorists have their own soldiers killed by these terrorists. US & NATO countries know this too well. The war veterans and their families are naturally angered. They enroll to defend their nation & people against terror not to end up getting killed by the terrorists that their countries are arming. No soldier likes to be sent to defend their nation & end up getting killed by terrorists their governments have supplied arms too.Sadly, this is the unfortunate fate that has befallen many a US & NATO soldier, deployed in countries these soldiers don’t know why they have been sent.

How right is it for governments to put the defenders of their nation in the line of fire and sacrifice their lives for political goals or agendas?

This is a question military deployed by Western forces who are regularly getting killed should ask & this is also a question we in Sri Lanka asked and continue to ask.

The importance of this question emerges as we mark with sadness the death of some 774 policemen who were mercilessly killed on 11 June 1990. The combined anger and sadness comes in trying to come to terms with how they died.

These policemen were deployed in various police stations throughout the Eastern Province of Sri Lanka. It was a time period that Sri Lanka had 2 forms of non-state actors causing mayhem, while a foreign troop presence, was causing equal mayhem shooting at people they thought were terrorists without being able to identity who was who.

In the North & East – LTTE was on a shooting spree, in the South the JVP was killing civilians, public servants, academics, media artists and even family members of the soldiers and police while the Indian Peace Keepers were clueless to identify a Tamil-Sinhalese-Muslim or LTTE and began firing at all of them.

The policemen in the East were asked to surrender when their police stations were surrounded by LTTE. The LTTE representatives were in Colombo negotiating with the Govt who had put them in 5star hotels giving 5star treatment. The orders from Colombo to the police stations were to lay down arms & surrender to the LTTE. They died having surrendered on assurances given by the ruling UNP Government. They died unarmed accepting the assurances by the ruling UNP Government. Their dead bodies ended up in a mass grave.

–       Killing terrorists who had surrendered…

Where were these international entities/media when 774 policemen who were unarmed, who surrendered to LTTE were killed & dumped into a mass grave?

Murder of 774 policemen on 11 June 1990 by LTTE was nothing but MASS MURDER – GENOCIDE & CRIME AGAINST HUMANITY. 3124 police have sacrificed their lives to protect the dignity of the police while 1531 have become disabled while performing their duties.

Close to 30,000 Armed Forces personnel have sacrificed their lives to protect the nation while an equal number remain suffering some form of disability

Yet, why was the world silent when all the evidence was before them?

Why do international entities only go after unsubstantiated allegations full of hype?

International entities would send rapporteurs to interview terrorist organizations, they would issue statements, they would make a dossier against the government, they put unsubstantiated & bloated out of proportion events repeatedly on every press statement or report. But nothing for military/police dead.

When any terrorists have struck the international reports by international organizations & media have been sugar-coated ‘allegedly committed by’ whereas anything a government did was always interpreted as ‘intentional’ & ‘purposely’ done.

With the above thoughts in mind, read the story of G.H. Santha Ranaweera, a policeman attached to the Kalmunai Police in Eastern Province Sri Lanka who was lucky enough to escape death.

Was a single international documentary made about this mass murder?

Did any international documentary maker think of turning SI Shantha Ranaweera’s escape into a film/documentary?

Did any international entity speak to the mothers crying for the dead policemen who were their sons? But look how they cover weeping terrorist parents/spouses

Did any international author not wish to write a story about his escape and the sadness of watching over 700 of his police colleagues killed even as they cried for their lives?

Did any UN or foreign government resort to crack down on LTTE supporters located in their countries campaigning openly for LTTE?

Do these entities even cover or wish to cover stories about former terrorists who have turned away from terrorism and making up for all the wrongs they have done for which the society has forgiven them. Do any of the international entities show interest in covering Gokulan the former LTTE child soldier whom the Government of Sri Lanka turned into a child star with the same interest they show to glorify a brutal terrorist still intent on doing harm?

No they didn’t but they have all done documentaries on terrorists, written books eulogizing terror, interviewed and glorified terrorists and even allow terrorist supporters to even use their state locations for events.

This is a slap not only on the entities that defend the nation in Sri Lanka but a humiliation to the militaries/police in all countries of the world.

What hypocrisy exists in the entities that are supposed to champion peace.

When the elements that create terror combine with the elements who are supposed to be custodians of peace – it is a deadly combination and unfair by the World’s Military & Police who are defenders and protectors of the Nation & Its People.

When a Govt takes actions against terrorists the international entities dig out the war manuals when the terrorists commit terror it is always excused. How long can this hypocrisy continue?

Navi P the former UNHRC head is now speaking on pro-LTTE podiums so too is another obsessed with Sri Lanka’s military and presenting LTTE dead as civilian dead and this speaks volumes of the biases that exist.

Isn’t this why the US is in flames today and it is spreading across the world, so international entities better start adjusting & addressing their biases? 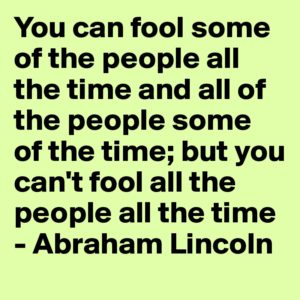