Appeal to the Westetern/Indian Diplomatic Corps in Sri Lanka 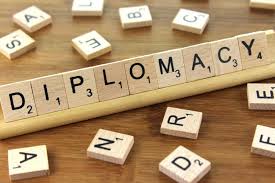 After 443 years of western occupation Sri Lanka gained dominion status in 1948 & became a fully independent republic only in 1972. Sri Lanka has been forging diplomatic relations as per western standards & norms though from pre-colonial days our association with some countries extend centuries back & some of these we cannot forget or set aside easily simply because it displeases the West. We are hurt by the approach that the Western diplomatic corps accompanied by their pro-western mainstream media & NGOs aligned to western policy are adopting towards Sri Lanka. The flogged perception is that Sri Lanka cannot be friends with China & any leader who is friends with China faces regime change. How hurtful can a diplomatic demarche of this nature be to both China & Sri Lanka especially when the West are trading with China far more than Sri Lanka?

Sri Lanka is a developing country. From 1972 we have been suffering some sort of internal conflict covertly ignited by external forces. We have never had a period that allowed us to build our nation on our own & on our terms. If we elect a leader not to the liking of the West he/she is sealed pro-China or anti-West. Does that mean we have to elect only pro-West leaders? That doesn’t sound like democracy does it!

The manner that Western nations & their media network cover Sri Lanka eternally presenting articles, discussions & reviews, it is as if no one in the West is having any relationship with China, at least this is what the educated intelligentsia of Colombo love to believe. They are in for a rude shock as the statistics reveal that the trade ties China has with Sri Lanka is peanuts to what China has with the very countries attacking Sri Lanka because of Sri Lanka’s ties with China.

China has 1.38 billion people. The population of US, Canada, Australia & Western Europe combined is still less than 800m.

China shipped US$2.263 trillion worth of products around the globe in 2017 (International Trade Centre) 48.5% of Chinese exports by value were delivered to fellow Asian countries while 22% were sold to North American importers. China shipped another 18.9% worth to clients in Europe.

What would life be like without any products made in China? https://www.youtube.com/watch?v=e1jZ49xv-oU

The truth is US cannot survive without China! Similarly, China too needs US but it can survive without US though China is an export-led economy, and the American consumer is its largest customer. U.S. depends on China for providing low-cost goods that enable income-constrained American consumers to make ends meet as well as supporting US exports while also expecting China to fund its budget deficits. China holds $1.3 trillion in direct ownership and at least another $250 billion of quasi-government paper. 30% of foreign students studying in US are Chinese (340,000 as of July 2018)!

Let’s take the UK – Some 155,000 Chinese students currently in the UK contribute an estimated £5 billion annually to the UK economy.

Between 1978 and 2016, it is estimated that more than 4.5 million Chinese entered universities in the US, the UK, Australia, Canada and beyond.

Chinese students make up the largest portion of international students in Australia. As of 2016 census there are 1.2m Chinese living in Australia. From 2014 to 2018 China has poured $40.4billion worth investments covering over 262 projects.

Similarly as of 2017 more than 489,000 international students are studying in China! The number of students heading to China from India, Indonesia, Laos, Pakistan and Thailand have also increased by 20% from 2016 to 2017.

According to multinational law firm Baker Mackenzie Chinese outbound foreign direct investment (FDI) has dramatically swung toward Europe in the first half of 2018 and its FDI into North America has dropped by a whopping 92% in the last year, from $24 billion to $2 billion”. Sweden was the top European destination for Chinese investment in the first half of 2018 with $3.6 billion, followed by the U.K. at $1.6 billion, Germany at $1.5 billion and France at $1.4 billion.

Germany’s Angela Merkel has made 11 visits to China since 2005. China has been Germany’s top trading partner for two consecutive years after overtaking the United States and France in 2016. The bilateral trade volume between China and Germany amounted to $168.09 billion in 2017 (increase of 11%)

In 2017, China-EU trade increased by 15.5 percent compared with 2016. China-Europe freight trains ran 1,000 times, with a sharp increase by 158%. The running of freight trains is a vivid microcosm of China’s Belt and Road Initiative (BRI) in Europe. A study by Kevin Smith (2017) demonstrates that the BRI, based on the reduction of transportation costs, would probably increase European countries’ trade by 8%, with landlocked countries benefiting most. It is also very conducive to Eastern European trade (Europenow Journal)

China is Canada’s second-largest economic and trade partner next to US. In 2017, Canada-China bilateral trade was about $94.5 billion. Canada’s largest corporations like Manulife, Sun life, Bombardier, BMO, and Magna International have been operating in China for over 30 years.

So US is having trade ties with China, Europe, Canada & Australia too & India as well but they all have a problem when Sri Lanka has ties with China. Are we missing something here?

Leaving trade aside Sri Lanka’s ties to China have cultural & historical basis. These are longstanding & cannot be easily forgotten. China has gifted Sri Lanka many monumental & epic buildings – the BMICH is mentioned to highlight the closeness of the bond Sri Lanka shares with China. The words of Mrs. Sirimavo Bandaranaike are truly noteworthy When I rather hesitantly expressed my desire to have an international conference hall, the Chinese Prime Minister Chou En Lai said, “Yes, I would be very glad to gift a hall in memory of my late friend. Only, I ask of you that you should name it after him”. The Nelum Pokuna, the Lotus Tower, the Mattala Airport are all gifts to Sri Lanka by China. We cannot forget the support given by China in eliminating LTTE as well as the support extended by China together with Russia & Pakistan against the malicious attacks using the UNHRC legally questionable resolutions.

While, Sri Lanka has at no time declared its desire to severe ties with the Western world by virtue of the hostile manner the West via its diplomats are behaving even the general public are beginning to not only question but are wondering why the West is interfering unnecessarily in the internal affairs of a country so much as to insist on re-installing one individual to power. By the actions of the diplomatic corps they are themselves isolating their importance from the general public.

Sri Lanka is not Colombo & Colombo is not Sri Lanka while at the same time Sri Lankans are not the Colombo elite or NGO coterie that the diplomatic corps regularly associate. Certainly the Western values & cultures gel well with the psyche of the Colombo elite – night clubbing, fast foods, branded goods, embracing anything & everything the West follows but that is not the majority opinion shared by people throughout the island.

The people are already realizing the difference in the hands off approach adopted by China, Russia etc while the West is taking a gun-ho line. Many continue to recall how Afghanistan was bombed & thereafter told that it was because of 9/11 that they bombed Afghanistan though it didn’t matter that none of the terrorists were Afghans. It’s been 17 years now & Afghanistan is still illegally occupied by US & NATO.

We advise these Western/Indian diplomats to take a step back. First ask what have they done to trigger hostility towards them by the majority of Sri Lankans. In the case of India, it has only itself to blame, unwarranted interference & theatrics by Tamil Nadu state using the Tamil card against Sri Lanka, the West too flogged the LTTE/Tamil/separatist card a little too far and continues to do so via the UN/UNHRC. The Western aid carrot & stick approach via human rights & forcing changes to constitution & penal codes which are permanent as against trade concessions which West give & remove at will is something the general public are well aware of. Taking the common man for fools has been another major error of the Western/Indian diplomatic corps & their media. Projecting Rajapakse giving projects to only Chinese & creating a debt trap by China while forgetting the scores of projects that have gone to India & West is nothing that they can hide from the public though they may fool the regular readership of their articles & news releases.

Sri Lanka is a sovereign nation & we must be allowed to have international relations with any country without being told how or with whom & not with whom Sri Lanka should have relations.

It is rather precarious to have Western/India diplomats blowing hot & cold over Sri Lanka’s ties to China while they are regularly fine-tuning their trade-cultural ties with China. This is very unfair on China. Sri Lanka’s relations with China go far beyond present day international treaties or conventions. We are historically, culturally & spiritually bound but none of that has ever come between or stopped Sri Lanka having international relations with other nations. This is something the present diplomatic corps need to wake up to & desist from the ugly manner that they are currently behaving. When taking the theatrics of these diplomats together, they look childish & undiplomatic & unbecoming of any democratic values that they preach.

In conclusion, the words of Sri Lanka’s most talented Foreign Minister, late Mr. Lakshman Kadiragamar is quoted when he unveiled the bust of Prime Minister Chou en Lai at the BMICH on 9 April 2005

When a relationship is based on mutual respect and affection, the size, importance and power of one of the two countries in that relationship does not have a disproportionate influence on the other. China has never sought to influence the domestic politics of Sri Lanka. Over the years China has proved to be benign and sincere with no ulterior motives for befriending Sri Lanka. She has never tried to dominate, undermine or destabilize Sri Lanka.”

Can the Western/Indian diplomatic corps fine tune their diplomacy to be somewhat similar?