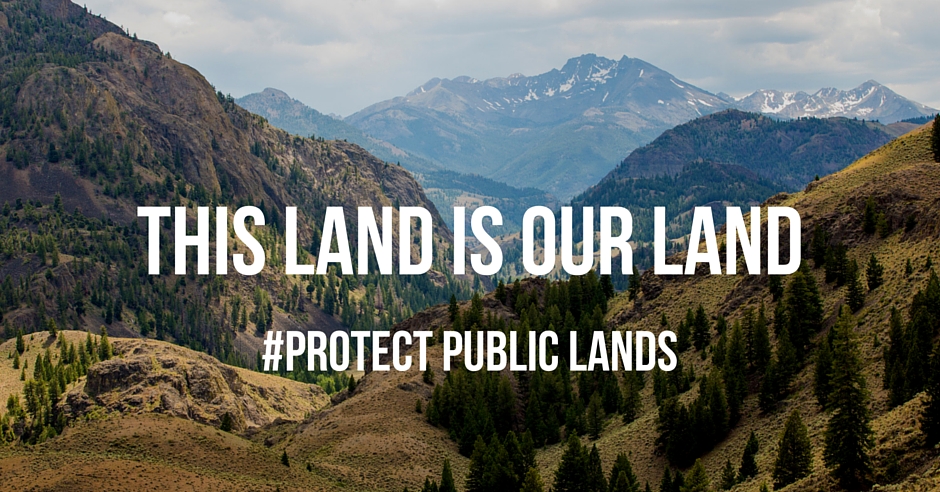 A wave of controversial agreements none of which anyone has seen are being drafted by foreigners and envoys are making open statements on them. US envoy recently claimed Sri Lanka’s land administration is poor & so MCC is recommending changes. MCC is an arm of the US government. Why has Sri Lanka’s legal fraternity not raised the issue of foreign interference in Sri Lanka’s internal affairs?

Citizens of Sri Lanka enjoying free education owe something back to the Nation and Sri Lanka is in a miserable situation for the lack of the legal fraternity exerting the need to play a role in the governance of the country. The legal fraternity & academics must now wake up to the reality that land law and the land policy is being changed simply because a country is handing out some money.

How aware are Sri Lanka’s lawyers of new laws being introduced to the country by foreign lawyers? These new laws and electronic systems designed by foreigners claim to manage our land transactions but something our legal circles are all not aware of.

The role of our lawyers have sadly got restricted to running to court every time a statute is suddenly presented in Parliament giving them just 7 days to not only read the Statute but to file arguments against it.

The Land Special Provision Bill is a good example. The Bill was presented without any lawyer having seen the statute. A Government minister thought it a big deal that the Bill was drafted by foreign economists with a few inputs by locals associated with them. However, how can a Bill that is meant to change the land policy and land law of Sri Lanka be kept hidden from the citizens?

There have been cases where Government has been cunning enough to pass Bills when Courts are about to face vacation or on a Friday which omits the weekends from the 7 days reducing citizens right to file petition to 5 days. Politicians cannot be allowed to get away by passing dangerous Bills that are a threat to the sovereignty of Sri Lanka and the land rights of future generations.

Prof. Suri Ratnapala Emeritus Prof of the University of Queensland, Australia was invited by the GOSL and claimed that both 1972 & 1978 Constitutions allowed existing laws to continue even if they were inconsistent with the constitution & were not to be challenged. http://www.dailymirror.lk/article/the-Constitution-s-tricky-issues-Prof-Suri-Ratnapala-118457.html

Let us wake up to some realities. Can our lawyers in this situation permit foreign hands to change the land policy and the land laws without their knowledge?

A senior lawyer when consulted pointed out .that as far back as 1970’s the World Bank made it pretty clear it was soon going to set standards for land reforms departing from the colonial statutes that existed. They wanted to introduce Title Registration, repealing the Common law and the deed system that was practiced in the country for 100 years.

Very fortunately timely legal solutions were suggested by Hon Justice Amerasinghe with help of the Governor of the Central Bank and the Government at that time. This law called Title Registration was introduced 20 years later without any further consultation with lawyers, when we had a draft of a better statute.

Today, we are all seemingly shocked about the Millennium Challenge Corporation proposal. However, the proposal is an outcome of numerous reports by World Bank & USAID that studied Sri Lanka’s land laws, colonial statutes and devised their solutions obviously based on what was advantageous to them

Where were Sri Lanka’s policy makers and legal academics when all this research and reports were being done by foreign parties. How did they visit all the official places such as land registries survey departments in Colombo and outstations to make these reports – why didn’t the State apparatus wonder what they were up to and they were studying our systems over several years! The outcome of their research are these reports

Why did we not improve the land administration and the land law before they could intervene & demand the changes?

Why did we remain with the statutes which were a colonial legacy? The academics in law had not played a role in Sri Lanka’s legal status relating to land statutes – which is a must.

If our legal fraternity were on the ball they would have seen the changes coming & would have known the dangers of all the statutes passed & raised the concerns before the Bills became enacted.

Presently the Land Bank Statute and Port City Act is prepared and is to be passed. The Land Bank Act was approved by AG & Legal Draftsmen – According to Act 21of 1998 can there be 2 land bank registers? Why didn’t lawyers come forward to raise this when the proposal was first made? Obviously none of them knew about the dangerous clauses.

How many lawyers have studied the Port City Act? Have they demanded that Government share these with the legal fraternity of Sri Lanka?

How aware are our lawyers about the Land bank Act which is approved by the AG and the Legal Draftsman. According to Act 21 can a new register is to be prepared under the Land Bank Act ? The register under Act 21 is final and occlusive, the Act specifically excludes any other statutes

In 1998 a top down legislation modeled on the Australian Torrens system was introduced by Act No 21 of 1998 known as Bim Saviya. How did this law that repealed the entire Common law that was practiced in this country for 100 years pass through the AG‘s department and the Legal Draftsman Department. Was it debated in Parliament? Can our lawyers practice the law of Australia to maintain property rights in Sri Lanka?

A senior lawyer pointed out that the Act 21 had confused the lawyers. The act has  repealed the entire Common law and the judicial precedence which existed for over 100 years relating to land law.

Did our lawyers draft this statute or was it drafted by foreigners with the help of locals working for these foreigners? Unfortunately, this new law is questionably unconstitutional because it does not permit land owners their fundamental right to access court for grievances. The judicial powers to hear land cases have been repealed as well as laws such co-ownership law and law of prescription.

The legal fraternity did not take lessons from this and it is no surprise that the 2nd dangerous act was drafted some 20 years later with the Land Privatization Act which the present government claims was drafted with assistance of local teams but by foreigners.

All this is taking place in the midst of land fraud which is presently extremely pervasive as the new law was superimposed upon the old laws that have plenty of loopholes t commit forgery of deeds.

The Registrar General’s Department states that almost 40 – 50% of the land deeds in Sri Lanka are forged documents.  Foreign experts reiterated that before electronics was introduced this matter has to be cleared as land transactions will be registered within one day or few hours and this will be ideal for fraudsters. What are our lawyers doing about this?

The judiciary is made subordinate to the executive, by this Act Section 33 of the Act where judiciary is given no power to hear cases related to land ownership especially if the grantees ownership is affected by fraud. The grantee will have to seek compensation in lieu of his ownership. The judiciary cannot question the entries in the registry made by the Registrar General.

How did an the Act pass fthe judicial process to the executive to determine owners of our country’s 10 million blocks of land?. The new office known as the Commissioner of Title. The adjudication of ownership is made by untrained officials.

Under Act 21 a grantee under the new bill could not pass half share of the land  to his or her spouse or child to be a co-owner.

The banks cannot give them loans if the wife becomes a co-owner.  How can he obtain bank loans if a salaried family member was not  joined as a co-owner

Were the lawyers aware that the law of co-ownership and the law of prescription was removed at the Bill stage of Act 21 of 1998?

When land is privatized the question of injustice to women surfaces. As personal ethnic laws apply to them (Thesawalamai, Muslim & Kandyan Laws ) Earlier when the lands belonged  to the Government all ethnic groups were Governed by one law .  Only issue was the superior inheritance right of a son which could have been repealed easily.  Women’s land rights without equality constitutes a violation of the principle of ‘equality’ assured to citizens in the constitution.

Do we have lawyers aware of the future scenario once the Land Bank Act & Port City Act becomes operational? Can lawyers afford to rely on the 7 days to study statutes & file complaint? Are the foreign lawyers not taking advantage of this?

1]A fully transparent Request for Proposals has been made from reputed UK based law firms to evaluate the draft CIFC law and the selected British law firm is being involved in drafting the detail rules regulations of the CIFC in accordance with the common law and in line with the constitution, he revealed.

2]This will take place before land is leased on 99-year basis to the project company.

3]  senior official of the Ministry of National Policies and Economic Affairs said the zone will have its own legal, regulatory, tax and business infrastructure. And, this is where constitutional law experts see the problem. “In Sri Lanka, unless you change the Constitution, you cannot have a separate law even in a newly created area of the country,” one President’s Counsel told the Business Times, noting that “arbitration decisions and judicial rulings on commercial matters should be made under the existing Sri Lankan law.”

Our ancient state land statutes already have enough of protective measures in place. The problem is that governments are getting influenced by money inducements & diplomatic arm-twisting.

Sri Lanka has stagnated with old colonial laws to manage the activates of the 21st century with entry of electronics.This is where the vacuum of practicing lawyers, surveyors, legal academics, environmentalists are felt because there is no united front pooling their expertise to safeguard every inch of Sri Lanka’s land & resources. This vacuum has resulted in external forces manipulating the politicians to their advantage with no legal avenues to block them. We cannot go on like this in particular since we are at a very crucial juncture where the likelihood of statutes being passed which will apply foreign laws inside our own island nation looks more than a possibility questioning the risk to Sri Lanka’s sovereignty.

Had the BASL demanded a greater strategic role together with associated entities these dangers could have been avoided but it is not too late. We cannot be satisfied with BASL simply issuing statements. Their role has to be far more pragmatic & pro-active.

The frequent references made by senior lawyers  raising the greatness of late Justice Dr A R B Amerasinghe who delivered the landmark Eppawela Phosphate verdict and the yeomen service by late Hon. Justice Christy Weeramantry should be the bible for all lawyers that are bound to protect the sovereignty & territorial integrity of Sri Lanka as Justice Amerasinghe did in his brilliant verdict quoting the Mahavansa & the great deeds of our nobel Sinhala Kings. Land cannot be a commodity. Land must remain for future generations & this must be enshrined in the constitution & the legal fraternity are beholden to uphold this.

Government must request from the affectionate wellwishers and donors for funding to set up Research Group. All statutes relating to our lands must be made available for the legal entities and academic supervision like in the prosperous nations like USA, UK Australia etc. The laws must be known to the public. There must be regional dialog as the donors are presently working in the entire Asian region and the 53 Commonwealth countries with their agendas.