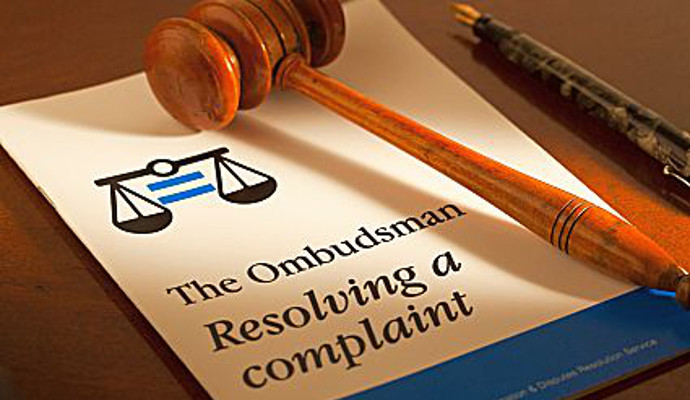 Much has been said & continues to be said with regard to corruption in the State Sector & by state employees in particular. Not only has the public administration been branded as corrupt it is said to be overstaffed, inefficient & unproductive. Undoubtedly corruption has become a critical issue in Sri Lanka & poses a major challenge. What needs to be reiterated is that there is little or no public sector accountability, transparency & extremely poor service delivery. The best way going forward is to empower the People in partnership with the Ombudsman to publicize corrupt practices & corrupt officers & for the Ombudsman to be empowered to take appropriate actions against these officers.

It is said that more than 140 state own institutions are running at losses & have to be supported by the Treasury. State workers take home over 53% of tax revenues (Rs.319.9b as salaries & wages) while Rs.10.6b was lost in tax concessions given to state workers to import cars.

State sector employees enjoy a host of privileges & entitlement “”…” railway warrants free per year, concessionary railway season tickets, health insurance, housing loans with low interest, leave entitlements, festival advance refundable without interest, state pension at the age of 55years, gratuity at retirement, 8 hour work with overtime (not staff officers), no pay leave to work abroad (2years) are just a few. The World Bank is increasing pressure on Sri Lanka to reduce its existing 1.2million state employees to 400,000. Which means World Bank is suggesting reducing 800,000 state employees. If Sri Lanka has to agree to such a suggestion it is important that the 400,000 that remain are those who are going to lead Sri Lanka’s public sector devoid of corrupt practices & towards competency & efficient service delivery.

However, we all know what ails our public sector & the public do not have too many nice things to say about people who are paid by the public to facilitate them.  The service delivery or lack of it aligned to lethargy of service delivery is associated in the performance issues with no hire & fire policy unlike the private sector especially of the type private sector employees face if their service delivery has been inconsistent over a period of time. One such solution is the consideration for performance based salary increases & delays in employee promotions on the basis of their performance.

This really translates to mean that Sri Lanka’s government needs to follow a rule-based governance in order to bring about the service delivery mechanism in the public sector. A good start is the need for all public sector employees to change their attitude especially the bureaucrats & those employed because of political interference. To this category falls graduates given employment to gain political advantage & both graduates & politicians need to realize that the state has given free education & the state is not bound to give employment for life as well!

There are both state sponsored as well as private sponsored training & development programs for state employees but how much of this training is actually incorporated into their day to day work? Politicians often end up using state employees for political advantage & this brings about a totally different work culture which results in ambiguities & inconsistencies in performance & service delivery. Informal channels of work is highly detrimental to the functioning of the public service & with time it creates dissatisfaction amongst the larger populace & this is one clear platform that gives rise to popularity decline of a government.

A government that is concentrating on development needs to realize that their performance is judged primarily through the manner in which it is able to lead & spearhead the performance of its public sector. State employees are key to turning the satisfaction quotient of the public favorably.

When the public has to deal with unsuitable officials, unqualified civil servants, officials with poor PR skills, incompetent staff, irregularities, malpractices, corruption & bribery “”…” these together result in the public becoming totally dejected with the government in power.

There certainly needs to be changes to the present pattern of lifelong tenure positions based on seniority. These need to be tied to good performance evaluation systems wherein the best performers are given opportunity to rise & given key posts & portfolios.

In Singapore’s case the important lesson was that Singapore was committed to eradicating corruption & for Sri Lanka to proceed with any drives to end corruption the political leaderships must be equally committed to eradicating corruption in Sri Lanka. Eradicating corruption necessarily implies that no one is above law & there is no discrimination on who is to be punished if caught. Which means rich or poor, influential or not there cannot be double standards. We all know that Imelda Marco possessed 3000 pairs of shoes & 2000 ball gowns. It wont take us much time to figure out other examples of politicians & families living ostentatious lifestyles.

Therefore in desiring to deal with the issue of corruption the most important lesson that needs to be applied is that the methods adopted must be comprehensive & must not have loopholes & must be continuously reviewed & amended where necessary & when necessary. Thus those tasked to ensure that malpractices & irregularities do not occur in the public sector must be totally uncorrupt & the selection of these team of men & women must be given top priority.

A general grievance by state employees is that they are not paid in par with private sector employees. Given that salaries are a key component in prompting men & women towards corrupt practices by having a system where those caught in any type of malpractice including firing from service will lead to the desired reduction in state staff which will certainly enable a restructuring of salary with higher perks for the good officers who remain.

When public sector employees realize they are being scrutinized & the public is watching their every move & that repercussions for those found guilty would lead to poor performance ratings linked to promotions & salary increments even firing or transfers, automatically the public sector would fall into line & politicians themselves would realize a thing or two themselves.

The importance of this suggestion is to bring the public & the Ombudsman closer & to empower the Ombudsman to bring to light all officers (junior or senior) who engage in corrupt practices. Similarly it is good for the Public Administration Ministry to derive a new structure to give opportunities for high performers, for those having poor performance ratings to be denied automatic promotions etc as had happened in the past. A good example of giving high performers the mantle of leadership was seen in the manner Sri Lanka’s armed forces changed its structure to allow junior officers to lead the final battle against the LTTE & achieve the desired results.

Those in authority can take this suggestion further by looking at the modalities but given that it is the public that deals with public sector employees on a daily basis it is they who are best equipped to praise or admonish officers/officials they deal with & if they are properly linked to an empowered Ombudsman who is given the authority & manpower to handle these grievances we can begin to think that corrupt practices in the State sector can see a desired decline. Preparing papers, workshops & opening authorities is unlikely to reap the desired results until & unless the people that is the Public of Sri Lanka are involved in this exercise in partnership with a parliament approved Ombudsman who can be properly tasked to punish officials for their wrong doings.