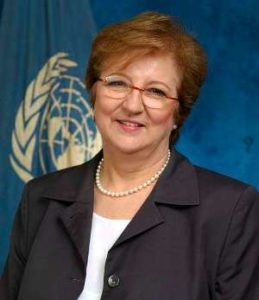 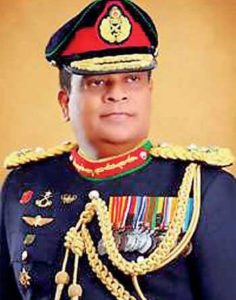 As the person tasked to steer a global peace organization comprising over 14,000 people serving in all parts of the world it is important that you not only set an example for others to follow but you take action when UN staff break or violate the code of conduct which all UN staff must abide by.

The appointment of Madam Louise Frechette by you to Chair the UN Senior Advisory Group has resulted in this present letter to you for her breach of these staff rules & regulations. As a very senior Canadian civil servant and a former No.2 in the UN organization despite her previous controversies, we would not have thought she would stoop so low.

I would like to use the staff regulations to put forth to you why you do not require to delay taking action against Madam Frechette for the very areas that she breaches are clearly given below taken from the UN staff regulations effective July 2009.

Provisions relating to service of the staff
Article 8
The United Nations shall place no restrictions on the eligibility of men and women to participate in any capacity and under conditions of equality in its principal and subsidiary organs.

Maj. Gen. Shavendra Silva was appointed as a member of the SAG in accordance with the GA resolution 65/289 and pursuant to the decision taken by the Group of Asia and the Pacific Small Island Developing States (official name as of 2011) or The Asia Group. Maj.Gen. Silva was to represent the interest of the 57 members of this Group.

Regulation 1.2
Basic rights and obligations of staff
a) Consequently, staff members shall exhibit respect for all cultures; they shall not discriminate against any individual or group of individuals or otherwise abuse the power and authority vested in them;
b) “¦. The concept of integrity includes, but is not limited to, probity, impartiality, fairness, honesty and truthfulness in all matters affecting their work and status;

Madam Frechette has violated all these basic rights in carrying out her role as Chair of the Senior Advisory Group and gone to the extent of influencing the other 19 members of the Senior Advisory Group as well. Either they all felt the same as she did about Maj. Gen. Silva or they were all intimidated to follow her instructions. Either way this is a clear example of unfair & impartial work ethics which should not be accepted by the UN office especially the Secretary General who has appointed her.

General Rights & Obligations
(f) While staff members’ personal views and convictions, including their political and religious convictions, remain inviolable, staff members shall ensure that those views and convictions do not adversely affect their official duties or the interests of the United Nations”¦”¦ They shall avoid any action and, in particular, any kind of public pronouncement that may adversely reflect on their status, or on the integrity, independence and impartiality that are required by that status;

Madam Louise Frechette & fellow members has all the right to perceive Maj. Gen. Silva in whatever way they like “”…” but that has to be outside of the UN office. Whatever their personal views they cannot allow that to interfere in what they are mandated to carry out. Therefore the integrity, impartiality of the entire SAG team comes into question and the UN Secretary General cannot delay in calling all of them & advising as well as reminding them of this clause lest they have forgotten.

(g) “¦. Nor shall staff members use their office for personal reasons to prejudice the positions of those they do not favour;

Madam Frechette has violated this clause by influencing fellow members of the Senior Advisory Group none of whom spoke a word with Maj. Gen. Silva on 19th or 20th February 2012 when he attended the initial meetings and none of them had the decency to even pass a single document to him. Is this the manner that an eminent person functioning as Chair of a Senior Advisory Group functions and is this the work ethics that fellow members have to follow “”…” simply put was this civilized behavior? Why did these 19 members all coming from different parts of the world not speak a word to Maj. Gen. Silva?

Rule 1.2
Basic rights and obligations of staff
Specific instances of prohibited conduct
(e) Any form of discrimination or harassment, including sexual or gender harassment, as well as physical or verbal abuse at the workplace or in connection with work, is prohibited.

Madam Louise Frechette has been found guilty of violating this clause too. She has called Maj. Gen. Shavendra Silva on 21st February totally ignoring that he had been present at meetings on the 19th & 20th February and told him that she thought it “not appropriate” for him to attend meetings. This is a clear case of discrimination, verbal abuse and such behavior cannot be tolerated by the UN.

(f) “¦”¦.. nor shall staff members threaten, intimidate or otherwise engage in any conduct intended, directly or indirectly, to interfere with the ability of other staff members to discharge their official functions. Staff members shall not threaten, retaliate or attempt to retaliate against such individuals or against staff members exercising their rights and duties under the present Rules.

(g) Staff members shall not intentionally misrepresent their functions, official title or the nature of their duties to Member States or to any entities or persons external to the United Nations

Madam Louise Frechette is not the UN Secretary General, she is certainly not its Deputy as she was forced to resign from that position in 2006 & she is not the head of the International Criminal Court while Maj. Gen. Silva has not been found guilty of any crime whatsoever. Therefore, Madam Frechette has no right to refer allegations which are not proven against Maj. Gen. Silva. She is mandated to only steer a Group that covers peace keeping operations. By her current actions, she has gone outside of that mandate.

The same set of staff rules & regulations need to be quoted in the case of UN Human Rights Chief Navi Pillay who went to the extent of seeking the removal of Maj. Gen. Silva from his appointment as member of the Asia Pacific Group. She cites the “reputation of the UN’s peacekeeping” division in her appeal to UN Secretary General to reconsider decision and select a replacement. If reputation is what is at stake, with the scandals Louise Frechette has been involved in leading to her resignation in 2006, it is upto the UNSG to replace Louise Frechette forthwith. Her present actions clearly depicts that she is not suited for any UN position. Moreover, for UNHRC Chief to be going to lengths to write to UNSG over Maj.Gen. Silva needs further investigation as to her going past her area of work to remove a nominated UN representative. Navi Pillay should know better that allegations are insufficient to convict a person and it is unethical to tarnish a fellow UN member.

As Secretary General it is expected that you will take a more proactive stance in asserting at least the fundamental basic rules of the UN is implemented without undue interference from all quarters especially the NGO/human rights lobbies which are all privately funded organizations functioning on donations and paid to carry out tarnishing campaigns. As an elected Secretary General your duty lies to the General Membership of the UN & not to function to the dictates of these organizations who need to have problems prevailing the world over for them to exist “¦.they are the one’s who needs to have “problems” so that they can beg for funds to “solve” the problems!

The present incident with Madam Frechette necessitates prompt action and certainly something more than simply sweeping the matter under the carpet. As is proper an investigation must take place and in the least before the next SAG meeting Madam Frechette as well as the other members of the SAG must apologize to Maj. Gen. Silva and if speaking with him is an arduous task a simple hello would suffice, I am sure!.

Over to you for action as the UN Secretary General in charge of keeping 14,000 staff united in ethical performance.