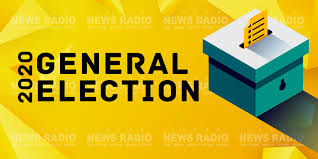 The President in dissolving Parliament on 2nd March & setting a new date for polls followed all the rules. Having set a date it was left to the Election Commission to conduct the polls. Yes, the country was facing a global pandemic. But the country also weathered 30 years of terrorism and continued to hold democratic elections whatever the odds. All of the constitutional hiccups could have been amicably addressed without having to be bickering over clauses and dates if political parties, politicians and even members of independent commissions were mature enough to arrive at a consensus. However, their actions show that none of them are interested in the citizen voters but simply to safeguard their political careers or satisfy those they are aligned to.

Rules followed by the President

All steps that the constitution required the President to abide by was done.

The next part was in the hands of the Election Commission

21 March – The EC issues gazette 2167/19 postponing 25th April elections & declares a date 14 days after 30th April will be given as new date for elections.

Where did the Election Commission err?

Can Sri Lanka have an election?

The most unusual scenario is that the ruling party wants an election but the Opposition doesn’t and is pulling every trick possible to delay the election. They can only do so till Aug 2020 when the 5-year term automatically becomes null & void. However, with the dissolution of Parliament on 2 March, the Old Parliament technically does not exist. Given that Sri Lanka’s COVID19 situation is well under control with no ICU patients, no patient in serious condition and the intel services confirming they have identified all community clusters and there has been no COVID19 death since 8th April, with the likelihood that COVID19 is unlikely to disappear any time too soon, we may as well conclude the election without further ado.

During the height of terror where both LTTE and JVP threatened to kill anyone going to vote, Sri Lanka has held 5 Presidential Elections, 5 Parliamentary Elections, 7 Provincial Council Elections, 10 Local Government Elections from 1979 to 2009. The COVID19 situation may be somewhat different but Sri Lanka cannot simply not hold an election waiting in anticipation for COVID19 to completely finish.

The 19a has given more headaches for Sri Lanka than any merit. The contradictions and confusions abound leaving a can of worms open for controversial judgements and interpretations. Amended Article 41B(6) says Election Commission is not answerable to Parliament while Article 104B(3) says Election Commission is answerable to Parliament. In such a scenario, is it fair to subject the Country/People for erroneous acts of a supposed independent commission to an ‘interpretation’ if an issue is taken to courts?

The EC itself is full of controversy. The 3 members are eternally bickering. Some members are even taking internal issues to public domain. Are these behaviors accepted by Public Establishment Code? The 19a Article 104(1) requires all 3 members to be present for quorum but Article 104(1) a states that while Chairman presides all meetings in his absence another member can preside. Isn’t this contradiction Article 104(1) which says all 3 must be present for decisions to be legal which is further contradicted in Article 104(3)? We have to now wonder how many decisions of the EC is actually legal given the confusions in quorum!

The EC did not follow rule of declaring date no less than 5 weeks and not more than 7 weeks from nominations closing date.

Without following any of the above, the EC announces 20 June as election date.

There is no requirement for any constitutional coup in a pandemic situation. Anyone who resorts to this avenue are simply doing so for their political advantage. With no conclusive end to COVID19, common sense should dictate that we cannot indefinitely postpone Parliamentary Elections.

The EC as shown above has messed up its role. But given that it has set a date, Elections must be held on 20 June. Political parties must refrain from childish endeavors to stall the elections. Their theatrics will not change election outcome. These dramas, if at all, are only reducing their chances of getting public approval.

One good outcome in the faux pas of the Election Commission & Political Parties is the increased public scrutiny of people in public roles and many are even reading the Constitution and making their own interpretations. These are all high points in any democracy where the sovereignty lies with the People and the Executive, Legislative and Judiciary are only acting on powers delegated to them by the People.