How did traditional Muslims of Sri Lanka become influenced to adopt a new cultural ideology? 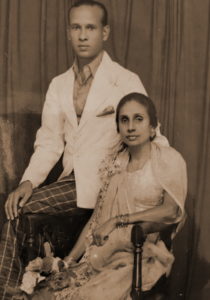 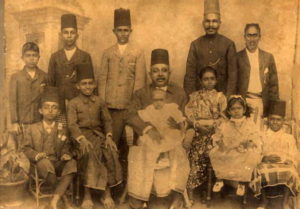 Following the Easter Sunday suicide bombings and the discoveries of islandwide weapons and arrests, the people of Sri Lanka after recovering from the initial shock began looking for answers. They began asking what is Islam, why did rich & educated Muslims want to kill, how did a primarily business oriented community become radicalized & extremists. They began to also identify areas that were common factors disuniting the communities because of the privileged and inequality of status given. Sri Lanka was only now witnessing the spill-over effect of changes that had been subtly executed among Sri Lankan Muslims since 1980s that roped in a traditional Muslim community interested in trade & business to be associated with religious extremism bordering violence. The world’s Muslim population is 1.8billion, if 1% of that were just radicals & not terrorists that would make 18million radicals globally & highlights the importance of crushing the ideology that spreads radicalism bordering terror. Studies show that 10% of world Muslims fall into religious extremist category.

What is Islam – Wahhabism

Islam is the religion of Muslims founded by Prophet Mohammed (570-632AD) (7th century) followed by 1.8billion Muslims who account for 24% of world population.

Global Sunni population is estimated to be 1.5billion

Global Shia population is estimated to be 200m

Saudi & Iran are the 2 key countries promoting Islam globally. While Iran has a long history, Saudi kingdom was created by the British in September 1932 and was to function as West’s ally in the Middle East while also being custodian of Islam’s holiest shrine in Mecca & Medina. Saudi oil was found in 1938 by US company ARAMCO which Saudi bought over in 1988. Revenue from oil fueled the spread of Islam globally & has turned the world up-side down & made Middle East into a battle zone.

Mohammad ibn Abd-al-Wahhab is the founder of Wahhabism in the 18th century and is the doctrine followed by Saudi. There is difference of opinion in Wahhabi Muslims and Sunni Muslims but Wahhabism essentially denotes war.

Sri Lanka’s Muslims are descendants from Saudi who initially came to India’s southern coast & thereafter to Sri Lanka’s coastal belt for trade & later allowed to settle down by the Sinhale kings.

The global feud & sectarian wars between Sunni’s and Shia’s naturally had an influence on Sri Lanka’s Muslim community.

While Saudi objective was to expand its global reach, the West was using Saudi to ensure Muslims were divided & within their control.

The All Ceylon Jamiyyathula Ulama created in 1924 to look into the interests of Muslims which originally had no external links & restricted its activities to looking at the moon for Muslim festivals & taking care of general Muslim interests was selected as the tool to drive the new ideology among Muslims.

The Muslim population lived as Sri Lankans, adopted Sinhala culture while following Islam. More importantly upto 1980s there were no madrassas, no Shariah law, no burka, no niqab, no organization dictating to Muslims to pray 5 times a day, no religious preachers were going in & out of Sri Lanka.

Sri Lanka’s security apparatus did not initially see the dangers as its concentration was on LTTE and probably this period was selected to ground the new Islamic ideology for this reason.

Moulavi Mubarak founded All Ceylon Thawfeek Jamaath (ACTJ) and a small segment of ACJU became members. They adopted a more extreme religious ideology aligning with the verses of Quran relevant to the war period in Arabia. Around 4% of Sri Lanka’s Muslims follow ACTJ ideology (around 76,000 Muslims)

Moulavi Mubarak is presently the General Secretary of the All Ceylon Jamithul Ulama (ACJU) – the Muslim body representing Sunni Muslims in Sri Lanka.

Thowheed Jamaath then began dividing itself further into different sects based on different interpretations of Quran’s beliefs and practices all funded by foreign sources.

However, all the while Saudi had its stronghold over ACJU which was tasked to bring 200-300 preachers annually to Sri Lanka to preach Tabliq in mosques.

However, Thowheed Jamaath wanted to bring preachers from Tamil Nadu which was objected to by ACJU & Asad Salley – simply because of issues amongst their sects.

The creation of splinter groups meant threats to the existence of each group – Sufi’s who were by-products of Tabliq & Tabliq Jamaath saw new groups as a threat and began isolating the newer groups – each claiming them to be good & the other bad resulting in these groups increasing their extremism. Thus, violent Zaharan was created by their own system from 2016 onwards.

Essentially what we can conclude is each of these groups have an extremist view.

To highlight this pl listen to this video by Abdul Razick of Ceylon Thowheed Jamaath denouncing statement by Asath Salley to the PSC claiming it to be lies & trying to mislead the PSC. The video also refers to Muslim groups fighting to divide funds sent by foreign sources.

Note: before 2014 no Sri Lankan Muslim went to Syria.

Sri Lanka’s intel had been monitoring Islamic ideology branching off and forming as political strategies and devised means to handle extremism since 2013.

But the new government was reeling in liberal dogma that followed a policy of denial thinking that with LTTE over Sri Lanka was normal & there was no room for extremisms.

As of December 2016, 41 Sri Lankan Muslims mostly family members had gone to Syria.

The death Nilam in Syria proved Sri Lanka’s intel was right about extremisms spreading to Sri Lanka & had set up monitoring mechanisms in 2014 though after 2015 there was no political will to maintain them.

November 2015: ISIS magazine DABIQUE releases photo of Nilam hailing him as a hero.

What we can conclude in summary is that

What Sri Lankan Government authorities need to do is to first identify the cultural change that is not only dividing the Muslims but is antagonizing non-Muslims and it is an issue that non-Muslims globally share.

Banning is not the solution defeating the ideology is.

Who are responsible for allowing all these to enter and spread across Sri Lanka?

Is it the Sri Lanka Thowheed Jamaath? No, all these are under control of the ACJU which is highly influenced by Saudi.

So, who is responsible for the new cultural change in Muslims? Is it the Sri Lanka Thowheed Jamaath? No, from being Sri Lankan Muslims to encouraging them to embrace an Arabic culture it is the ACJU who must be made to answer & held accountable. Thus, banning groups is not the solution, nor will it provide a solution but to address who is promoting the new culture and pressurize them to answer.

The hyped up claim that Sri Lanka’s export market demands halal labelling is simply a sham because such a system did not exist earlier. Halal labelling introduced to Sri Lanka was by a company that came under ACJU. How much of money did they collect from non-Muslims? How many Muslims in the business community funded ACJU? Where did this money go to? Didn’t this money given by non-Muslims go to over 1000 madrassas that were having youth indoctrinated by preachers sent by Saudi?

ACJU controls mosques – religious bodies, they issue scholarships, they bring in preachers and they are under direct control of Saudi.

Another distinguishable fact is that all these players & associations are interlinked and connected in some way or the other. All of them unite but are in a tussle for supremacy however the religious leadership is controlled by ACJU while the political interests are peddled by Muslim politicians who are either in government / opposition or functioning separately. All of them are in some way or the other interlinked.

The blueprint followed by Saudi across countries is to expand its Sunni domination to create madrassas and draw children and youth, set up Sharia universities to which they can send preachers all with an objective to issue jihadi certificates where some get placed in public institutes, sent as diplomats, functioning as lawyers and politicians who would use state apparatus to help facilitate the overall programs. None of them work in the interest of the nation or are bothered about the nation except to help expand Sunni control over Sri Lanka incrementally creating the culture change.

How much of this landscape Muslims know, can understand, do not wish to understand or are totally ignorant, is as important as non-Muslims realizing and identifying the threat and drawing solutions to address the threat.

If everyone can come to a common understanding and acceptance of the ‘new cultural incursions’ that have antagonized non-Muslims and are also dividing the Muslims, by removing these we can take an initial step but the more important step is to clearly state what is the Sri Lankan identity and ensure that all citizens are part of that Sri Lankan identity & not following a foreign culture.

Thereafter, authorities must lay out a national plan to break the ‘ideology’ and curb followers of the ‘ideology’ via short, mid-term and long term national security strategies, political will & with international cooperation of countries suffering equal incursions & extremisms.

The task of any government is to build a national policy & program surrounding a Sri Lankan Cultural Identity eliminating new cultures that are foreign to Sri Lanka’s history & heritage and not even part of Islam as well.