If Germany accounted for their crimes why can’t US/UK & EU?

The EU/US & UK believe themselves to be & demands us to believe, they are paragons of virtue & models of human rights. This supremacy-mindset created Hitler who told the Jews how to behave & annihilated those that refused to do so. Germans and Germany were held collectively accountable for the crimes of Hitler & to this day Germany continues to pay reparations. A similar supremacist policy was adopted during EU/US & British colonial rule which continues in neocolonial form. However, these nations without atoning for their sins, have no right to be pointing fingers.

European colonizers committed grave acts against humanity that come nowhere near the UN-defined war crimes & crimes against humanity terminology. Without accounting for these crimes how can the European Bloc/ UK & US present themselves as paragons of virtue championing human rights?

Papal Bulls divided the world initially between Spain & Portugal in 1492 and from there onwards till 19thcentury the Europeans colonized Americas, Asia & Africa and built their nations plundering territories already inhabited. These war criminals were glorified & celebrated with annual national holidays – Christopher Columbus Day! None of the former colonizers wish to revisit their colonial imperial past. Their schoolbooks do not feature any of its nefarious acts overseas. Why? Whatever is spoken is only to show off how they ruled with iron fist. 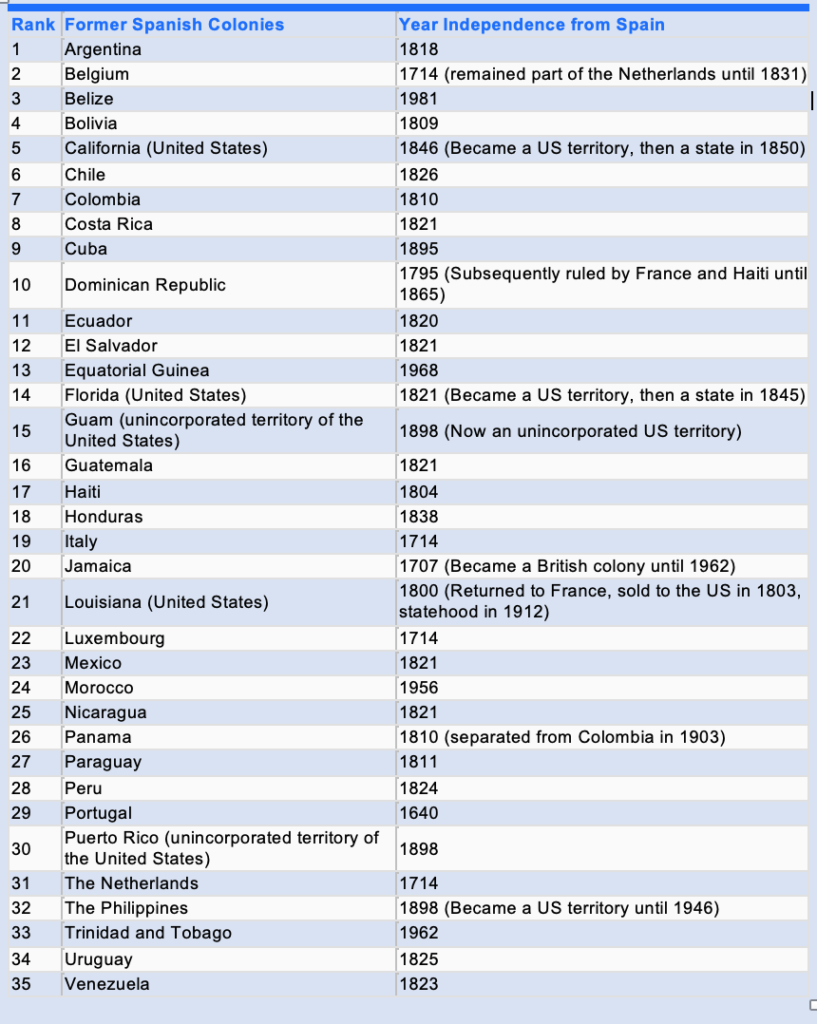 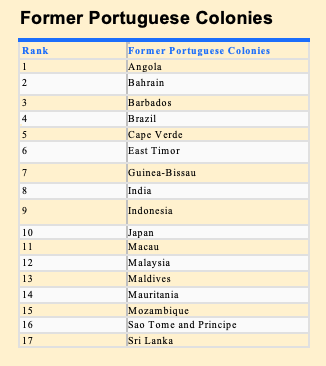 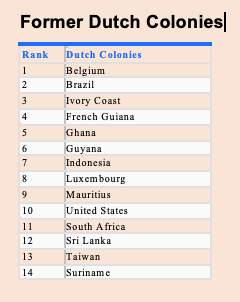 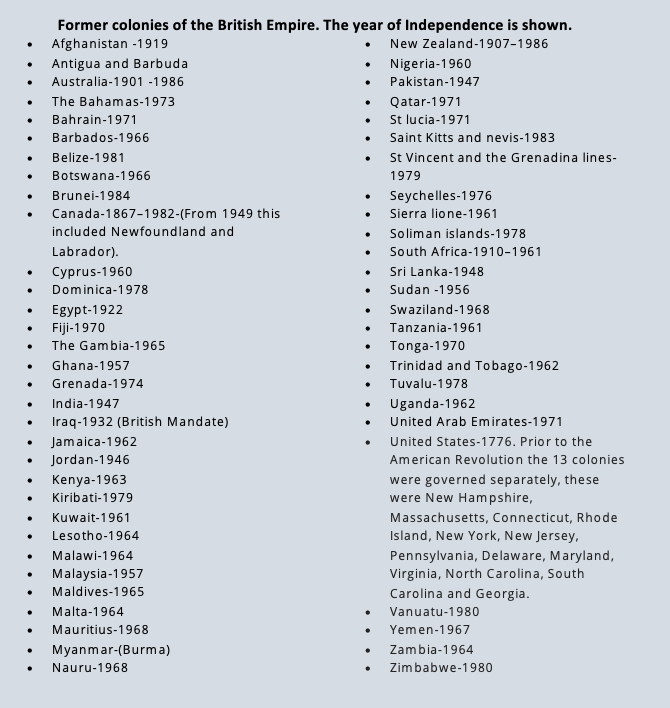 The white man speaks with a forked tongue 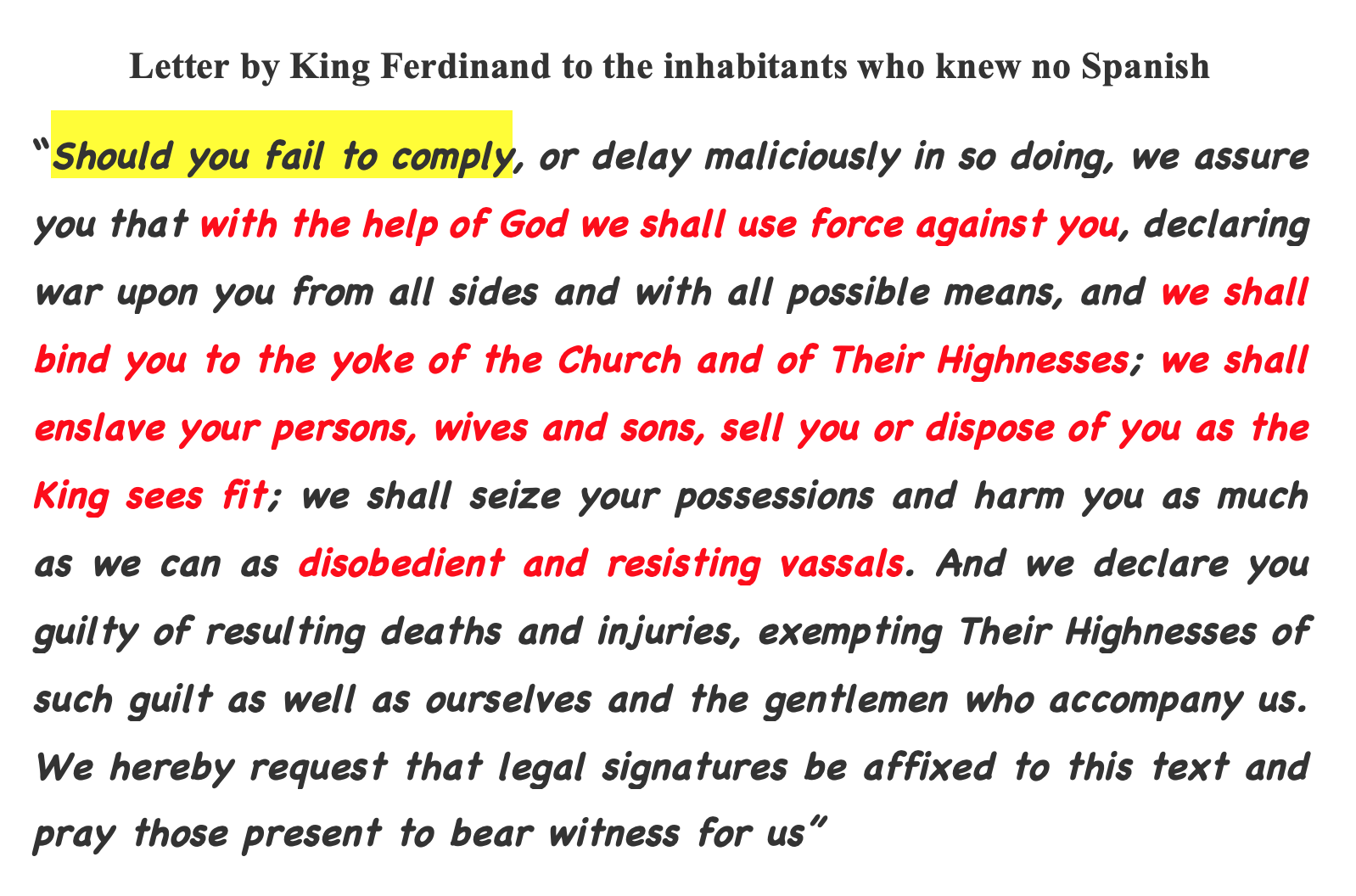 Spain held control over 35 colonies across the world. Portugal’s empire extended across 50 countries for trade, to spread Catholicism & ‘civilize’ natives and influence the political, economic & social systems of countries they colonized. Even by 2013, France controlled 2.7million people in former colonies that began from 1605.

Completely ignoring that the lands and territories the Europeans descended upon had rich and ancient cultures of their own, the Europeans set out to ‘civilize’ these natives by replacing native traditions/customs/cultures with European language, laws etc. This is nothing but cultural genocide. The natives had to give up their religion & embrace Catholicism/Christianity in order to receive education/jobs or be ‘accepted’ by the Europeans. How many in the West think like Jules Ferry “higher races have a right over the lower races, they have a duty to civilize the inferior races”. How did the whites become a ‘higher race’ – what makes whites think they are a ‘higher race’ and who gave them th right to ‘civilize’ people?

The white rulers annihilated the spirituality of the natives simply because they didn’t pray to “the white God”.

The Butcher of Congo – Leopold II of Belgium killed millions of Congolese. Where is the accountability for these crimes? These were state-sponsored religiously approved mass murder!

The colonials left a legacy of ethnic groups created by cohabitating with natives. The Dutch departed the colonies creating ethnic groups of Dutch ancestry – Boers in South Africa (Afrikaaners 10million), Burghers in Si Lanka, Indo people in Indonesia, Creoles in Suriname where Dutch remains the official language. US Presidents Theodore & Franklin Roosevelts were of Dutch origin.

What West did and is doing to Africa

Natives became used for sepoy armies that were set out to crush their own people who rebelled against the Europeans. Many natives were made to fight during the World Wars.

Arms, legs and hands were cut off natives that did not listen to white rule or pay taxes. 14 countries continue to pay France colonial taxes!

When US/UK & EU preach to the world against human rights – where is their accountability for Slavery, Apartheid and racism that still exists.

Millions of Africans were transported as slaves. Cape Verde under Portugal became an entreport for human cargo & shipped as goods. Can Portugal preach about modern day human trafficking? How many are given lesser salaries & positions because of their color even today?

When UN & Western Nations draft resolutions on Cultural Genocide – they suffer amnesia over their crimes some of which still continues.

Ancient structures were bulldozed and replaced with European churches. The gold & other valuable crystals, minerals etc were stolen to build Europe while ancient heritage and artefacts adorn European museums where they earn from tourists and not a penny is given to the nations from whom they stole these artefacts.

Education was given to those who forfeited their mother tongues, adopted European education/language and attire. To only these colonial jobs were offered.

When US/UK & EU demand media /freedom of speech–what are they doing against Julian Assange, Edward Snowden & Chelsea Manning & scores of others they want mummed.

When US/UK & EU preach democracy– have they counted the number of democratically elected leaders they have ousted & replaced with despots & dictators or the number of rebel groups, insurgents & terrorists they not only train and fund but covertly arm as well?

It is time the world knew about the uncensored versions of the history committed by EU/US & UK. A history that they wish to brush aside by pushing their crimes under the carpet or diverting attention to other countries & deceitfully presenting themselves as champions of human rights.

EU/US & UK cannot demand accountability from any nation before they voluntarily apologize and compensate for their crimes during colonial rule & under international systems they control & govern today.

Canada loves to accuse countries of ‘genocide’ while hiding its genocidal past with a simple ‘sorry’ while daily graves of murdered children emerge. EU & Western nations shy from referring to Spain killing over 50million natives of Peru to less than 2million as not genocide but take pains to cry ‘genocide’ by Hitler or Milosevic (though only 2500 bodies were found against hyped up genocide claims)

The need for EU, Britain and US to stop presenting themselves as ‘saviors’ & start owning up for their crimes against the world’s peoples and environment is not simply to hold them accountable for colonial crimes but to make the world realize that over 500 years of colonialism & imperialism has resulted in unimaginable and irreversible outcomes – fertile lands & ecosystems destroyed (today EU & Co preaches about climate change), ancient languages and cultures annihilated, ancient cultures, customs and traditions buried, people’s identities and spirituality stolen, turning simple people & their simple lives upside down, brainwashing their minds and remoulding them through education, nature raped for cosmetic gain, animals hunted for sport and to add to injury public memory replaced by glorifying the perpetrators with bogus history. Not only has Britain admitted to burning & hiding colonial crimes committed by them, the Europeans did the same. King Leopold burnt all documents related to his rule “I will give them my Congo, but they have no right to know what I did there”.

Europe, Britain & US are built on the riches stolen from the colonies. Colonialism dramatically changed land & marine ecosystems and transformed economic growth & who would dictate its future growth.

Colonialism turned everything and everyone into commodities with a price. Humanity & compassion was just for the coffee table.

The stolen metals, slaves, plantation commodities built European economies and bankrolled the industrial revolution. The international systems created by them ensured that their will ruled. To make the non-whites happy, they made room for non-whites who thought, acted & spoke like the white-man to hold global positions amongst them. You hardly find an outspoken non-white amongst the whites but plenty of non-whites who think they are white and take pride in looking down on their own!

Notice how West embraces India that bows down to Western dictates but vilifies China because China is dictating how China rises & shines on global stage on China’s terms & not the Wests!

EU US & UK must account for their sins before pretending to be angels & demanding we treat them like angels.