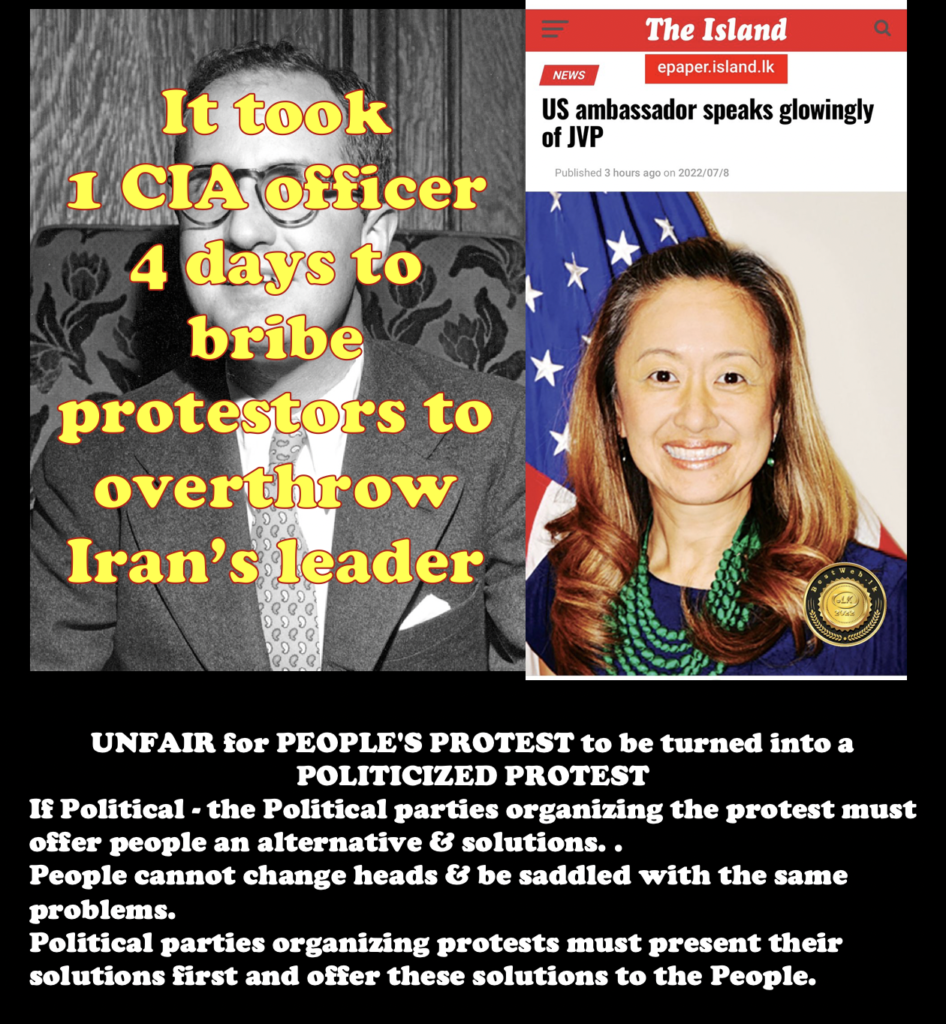 We are in the midst of a political crisis emerging out of an economic crisis. People’s emotions are high as a result of the sufferings they have to undergo affecting their homes & livelihoods. While debt has been carried forward and made worse with every successive governments, no government is elected to make excuses for non-performance or inability to come up with alternative solutions. Parliament today is a home & home for politicians majority of whom have served in every party or are related to members in other parties. This is one big Parliamentary family who think they can fool masses with rhetoric. It has therefore reached boiling point where masses are of the view that they do not wish to have entire Parliament & the Executive President. These emotions have to be realistic. The country cannot fall into anarchy. We cannot jump from one crisis to create another crisis. People have to be aware of the constitutional and legal restrictions at play. Majority understand that it is pointless changing heads or chairs to bring those who cannot get the funds needed to provide interim relief. Who can bring funds to last at least 8 months and who can use the 8 months to plan revenue modes to sustain the remaining period while paving avenues to pay back funding with a plan to also pay back previous funding, is what Sri Lanka needs to do. 21 out of the 29 National List are professionals. Have they not performed? Have they not been given the opportunity to perform or do we need a new set of professionals who can perform.

The 29 member national list was created to make way for professionals who could not campaign and win elections but whose inputs were considered important for policy making. As such political parties were supposed to present their list of professionals to the Election Commissioner prior to elections.

Eventually, an allocation meant for professionals came to be hijacked by political parties to insert politicians who could not face elections due to likely defeat. Not stopping there, these political parties went on to even remove nominated national list members to accommodate defeated party candidates. The latest example is the present PM himself – rejected in 2020 but re-entering parliament after removing the national list nominee who should have been in parliament.

Some of these are professionals / attorneys/ academics – it would be interesting to see how they have performed since August 2020. 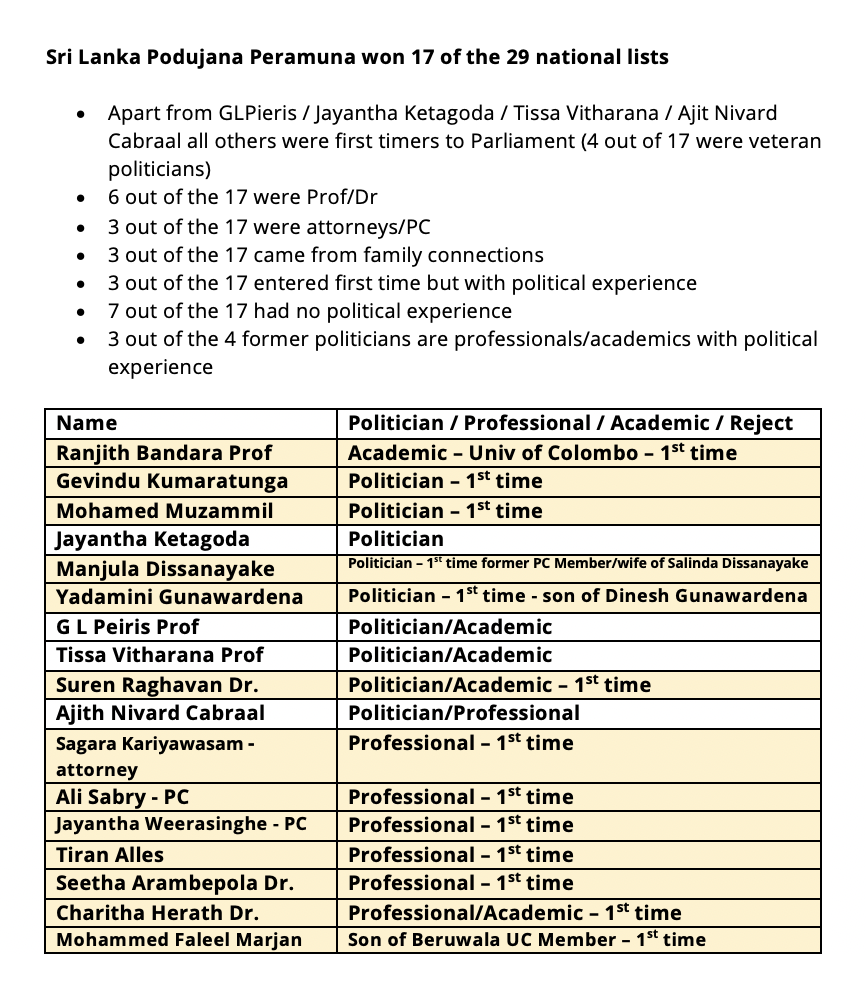 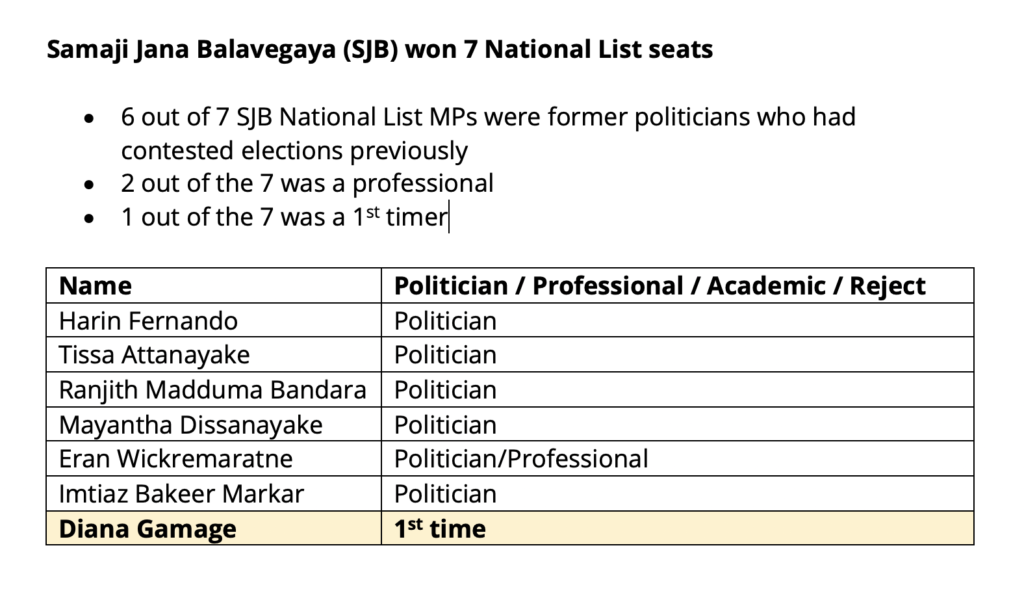 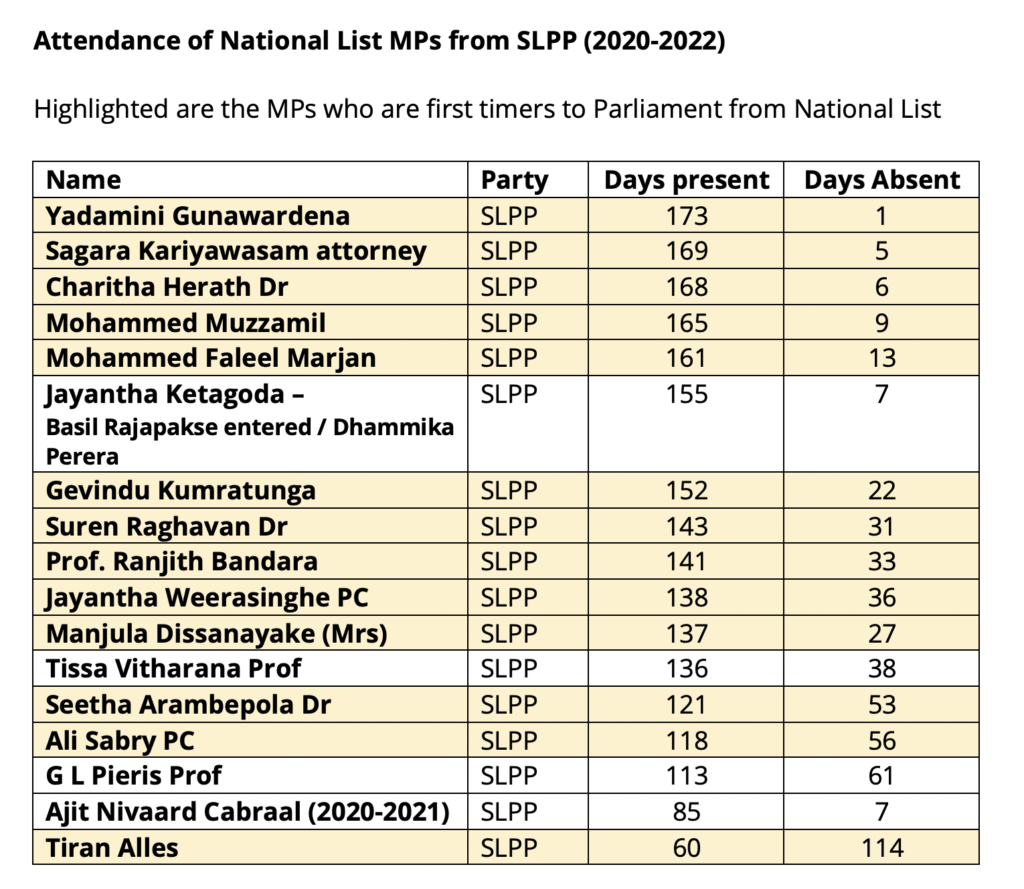 What are our options

They have a file on every voter

However, rational thinking has been set aside & a more revolutionary campaign is taking place. The next few days will decide Sri Lanka’s fate.

Yes, people must protest – that is a right given to them. This right does not however include vandalism, destruction to public property, causing a public nuisance or even dismantling barricades.

Yes, protestors are angry with the government in power, simply because they protest it does not mean they are the only ones who decides fate of the country.

Yes, there are valid reasons to be angry with the ruling government, but have people understood the context behind the current economic impasse?

Yes, protestors deem the government should be unseated, but is it legally & constitutionally possible? Have the protestors got a ready-made team to take over?

Do protestors have the answers? Have the protestors who propose to revolt against the government

What is the assurance protestors can give to the entire Sri Lankan populace that by overthrowing the government, they have the solution that will solve Sri Lanka’s economic & political crisis?