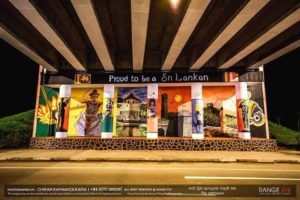 Sri Lanka has elected a new President. The victory is nothing that the international community are too gaga over as seen by the manner they have chosen not to even extend congratulations as common courtesy & diplomacy dictates. The surge in popularity of the new leader increasing among those who did not vote for him must be also a thorn to digest to these destabilizing elements. Do the new policy makers understand the threats that exist as well as the new threats likely to increase using every apparatus the international community have under their control? What are the weapons that the international community have under their control? How will they use them and what strategies can Sri Lanka adopt are some of the challenges Sri Lanka, its leaders and even its citizens will immediately have to address.

US is on a pivot to Asia having besieged all other continents round the world. The military apparatus of the US is now engulfing the seas with marine presence, while it is using its other soft weapons both covertly & overtly. Transnational corporations have entered the scene & produced MCC project with a carrot of developing Sri Lanka’s road & rail a camouflage to entice and market it via a $480m grant already spent on numerous legislative changes rolled out as part of the proposals’ pre-conditions. The ACSA and SOFA compliment the MCC and anyone promoting it should well study the impact of implementing all 3 together with the US Peace Corps presence to realize the likelihood of Sri Lanka being transformed into the next Diego Garcia in Asia. This danger should be read with the verdict demanding UK hand over Diego Garcia to the Chagosians and UK’s main political parties carrying opposing views simply as a smokescreen to fool the masses. This US pivot is impacting other countries of Asia too. Has Sri Lanka taking stock of the US pivots taking place in other countries of Asia? Are the issues faced by these countries similar to Sri Lanka? How far does India realize who is a bigger threat eventually – US or China? What risks are India taking that will impact entire Asia? How else will these destabilizing elements try to upset Sri Lanka’s governance? Have we taken stock of the players and the likely scenarios to be launched as well as the likely baits to be used? Have Sri Lanka’s leaders placed these risks and dangers likely to impact Sri Lanka as well as in South Asia, regionally and across entire continent? Do we want to end up like Middle East?

Has India’s demands changed since 1970s (using Tamils/LTTE/Indo-Lanka Accord/13a/Trade Agreements etc) Does India foresee that some of the elements India initially used to its advantage are now working hand-in-glove with the West (LTTE diaspora/Eelam) in such a scenario what is the disadvantage to India do encouraging these elements play. Has Sri Lanka presented these dangers or is India simply pretending not to foresee dangers in an attempt to exert its own influence in Sri Lanka. Does Sri Lanka have a policy on India-US-China and other Asian nations as well as against EU-OIC nations etc? Have we not used our soft power tools to our own advantage? What is the real role of the foreign ministry and the nation’s think tank in this exercise?

The media and NGO network/’civic society’ together with a plethora of faith-based organizations all of which are funded by western foreign governments are tasked to do what at one time the CIA did. Many of the locals co-opted into these units are not completely aware of the exact nature of their roles for they are simply asked to handle a seemingly innocent task as gathering information data (ex: a village – age groups/professions/religion/economic status etc) these put into a database and covering entire Sri Lanka will enable the foreign mischief makers on what type of destabilizing program can be launched in these areas to which the foreign-government funded organizations will be sent to do ‘community-development’ work while using that as a pretext and a cover the real plan gets slowly laid out. These plans are not something done over a month-year-or even years – these are well planned out generally to be effective during an election. It is the same groups of individuals who converge for candle lit vigils, carrying placards, carrying out well funded social media programs and well organized country-wide initiatives.

Media has been used to carry out numerous tarnishing campaigns internationally spreading false stories and rarely apologizing or correcting distorted versions and then repeating them during some international conference or session or adding the same distorted version as disclaimers to any story they write on Sri Lanka.

NGOs all being paid in dollars and loyal to their paymasters are ever ready to carry out and be mouthpiece for any initiative to discredit Sri Lanka or its rulers. At present they are making dossiers of threats to their lives and probably will create scenarios to justify these ‘threats’ and have them sent to UN or key foreign countries with the intent of using these documents to show Sri Lanka is a threat to free media – media outlets and NGOs. Why go to all this trouble – please give asylum to every person hating Sri Lanka. They would be happier and Sri Lanka would be happy without the headache of having to deal with their lies and the negative aura they pollute the country with.

Closer to Geneva we are likely to see these two mischief makers carry out well-planned and executed kidnappings – threats and whatever else their fertile imaginations can come out with, have these videoed, coached to cry and have all documented and electronically archived and sent to the UNHRC to be produced and have the GOSL held responsible and become victim of another UN investigation or sanctions. Are these theatrics like the Swiss affair not drama enacted for Geneva with the foresight to use against Sri Lanka as a threat of sanctions unless elements of the UNHRC resolution or MCC are signed. Have Sri Lanka’s policy makers laid out these threats and challenges and drawn up political and diplomatic strategies to overcome them. Watch out for new youth movements and trends engulfing our youth too – all these have sinister plans too.

Do we know who among the media-NGOs-civil society are aligned to destabilizing Sri Lanka?

We all know that the LTTE diaspora or foreign governments or for that matter India doesn’t care two hoots about the Tamils or their grievances but given that Tamils are a minority and that Tamils played a key role throughout colonial British divide and rule policy, the Tamils are perfect pawn in a ‘you scratch my back, I will scratch yours’ type scenario against successive Sri Lankan Governments. How else can LTTE diaspora fronts function with a carte blanche when LTTE is banned in 32 countries and terrorism financing is a criminal offence in these countries. Therefore, it is very clear that these elements are a complimentary feature to West’s and India’s political and diplomatic pressure for their geopolitical advances. Has Sri Lanka developed a counter strategy to this?

Do we know who amongst the Tamils are aligned to this project?

Wherever US goes the Islamic jihadis follow is nothing we can be naïve not to acknowledge. All of the Islamic terrorist groups banned by the West are all funded and trained by western governments and their agents. The 21stApril East Sunder Islamic terror didn’t happen without a plan and it is no coincidence that immediately after the attack the $480m ‘grant’ was announced as a ‘gift’. How prepared is Sri Lanka to handle the latest US pivot pawn in Sri Lanka and how far this element has bought over Muslim politicians, lawyers and others into their fold manipulating the ‘Islamic religion’ as a key strategy for allegiance.

Do we know who amongst the Muslims are secretly aligned to this project?

More harmful than any of the above pawns and puppets used by West/India is the possibility of many others implanted by them to be ‘innocent’ and harmless inner group functioning within close ranks of the decision makers to subtly push through the plans innocently with leaders overlooking the dangers or not been shown the dangers. These are the most dangerous of players which the current leadership will need to be watchful of.

We can all be happy with the meritorious changed taking place across the country. Youth are happily using their creativity to put some colour to Sri Lanka, islandwide cleaning campaigns are in place, major policy decisions have taken place but all of this cannot take the eyes and ears of decision makers from the real dangers being brewed slowly ahead of Geneva sessions and another crucial elections. Just as the citizens must be kept abreast of the likely dangers and the scenarios Sri Lanka will have to face, Sri Lanka’s think tanks must put together the pieces of destabilizing elements at play working presently in isolation and in silence but will gather steam and speed closer to Geneva sessions and elections.

How equipped is Sri Lanka’s President and new Government is something we will have to see. We sincerely hope that we can surprise these destabilizing elements with some surprises of our own. 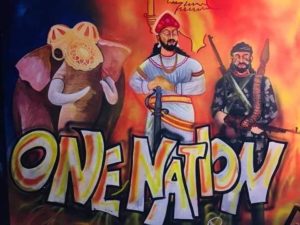