Media terror is just as bad as suicide terrorism because they spread lies and distortions and are paid for it too. Media is often a governments best friend to steer blame from its own failures and divert blame to the easy prey. Sinhala Buddhists maybe the majority but they don’t have the World Council of Churches to come to their support or the Organization of Islamic Cooperation to threaten sanctions! So Sinhala Buddhists will ever be the scapegoats. 9 rich educated Muslims carried out suicide missions in 3 churches and 3 hotels in the name of their religion. The targets were Catholics and Tourists to affect the tourism industry. Catholics did not take revenge inspite of over 250 deaths and destruction to the churches. However, 3 weeks later some mobs attack various towns in Gampaha and North Western province and the narrative relayed across the world is that the ‘Sinhala Buddhists’ did it even without an investigation. The narrative has been completely changed. Forgotten is that indoctrinated Muslims attacked Catholic churches, forgotten is the daily findings of swords, ammunition, military uniforms, drones and satellite equipment in Muslim homes and mosques while UN and others who didn’t issue any statement regarding these regular findings are suddenly sending envoys for an organized mob riot?

If the organizers of the suicide missions expected to see a violent reaction against Muslims after Easter Sunday attack, they were no doubt disappointed. The people were however angry when it emerged that the government was well aware of it and people’s anger increased with every contradictory statement coming from President, PM and even Ministers who said their daddy told them not to go to Church! The people’s anger worsened when police and army began an island-wide search operation based on various tip offs to discover an unbelievable amount of arms, swords, military uniforms etc and the suspects handed over to the police being released as a result of Muslim politicians firing calls for their release. When the Cardinal led the attack against the government openly accusing it of virtual criminal negligence, the government knew that it had not only lost Muslim votes but it was likely to be losing the Catholic votes too. So what do the brains decide to do – take the path of communal violence. A trick that never fails.

The media was not too willing to highlight the historical feud between Catholics & Muslims – stories sell better when the soft target is always Buddhists and needless to say even foreign media knowing that 3 churches were the targets could not refrain from plugging something anti-Buddhist. No story is complete without punching the Buddhists! Its some psychological disorder they all suffer.

The government had been experimenting with ban on social media for obviously this has become a curse to its existence. Social media helped government come to power but the same social media was now attacking the government and people were regularly debating and highlighting wrong doings something the government knew was a major obstacle for a future political campaign. So what does a government that finds social media a threat do – ban it and arrest a few people for spreading ‘fake news’ or ‘sharing’ news to scare others of repercussions. Would that mean the entire population ends up in prison? With social media now well in control on the guise of being the champion of good governance, the government was now running short of time and daily it was getting exposed. People were beginning to worry about the PM allowing undue interference of US-UK-EU and UN into internal affairs of Sri Lanka. The US vessels, US marines and MCC agreement with foreigners working inside Temple Trees were travelling into village ears. The people still valued China as a friend and did not want Sri Lanka to be in the middle of superpower clashes which they perceived the PM encouraging. The economic corridor too was beginning to be understood more clearly.

In the light of all this the May 9th revelation by MP Gammanpila in Parliament shook the country and immediately raised whether the dissolution decision could have been influenced. This was a major blow the one of the key pillars of democracy and the disclosure of 9 names was a shocker.

Therefore, the government needed to plan something quick. Communal riots was the last and best resort. The government fired the first salvo – finance Minister suddenly emerges on the very day of the attack to say ‘Sri Lanka is not a Sinhala Buddhist country’ and goes on to say others are not second class citizens. So the media was preparing people to lay blame on Sinhala Buddhists.

Planning it in the province of the Opposition Leader’s electorate was probably to score a brownie over him! Areas under attack included Kurunegala, Kuliyapitiya, Hettipola, Bingiriy, Rasnayakapura, Kobeigane, Dummalasuriya, Minuwangoda, Chilaw.

With regular news emerging that Muslim businessmen were pumping money to the Islamic jihadi groups promoting extremism, no one is aware of who these businessmen are. The Muslims interviewed in the villages under attack were clear that the mobs were not from their village and this is established by the fact that many Sinhala shops were also torched and destroyed. But why are the foreign envoys, UN officials and media not highlighting this or simply putting it as an insignificant footnote, something unimportant? Is this the unbiased reporting and work ethics that they are paid for?

The below photos establish that the mobs attacked AFTER curfew was imposed. The only people on the roads during a curfew is the military and police and anyone else are there with the patronage of the government. This was July 1983 repeated. In 1983 it was the Tamils in 2019 it was the Muslims. 1983 UNP ruled. 2019 UNP is ruling. In 1983 it was a politically motivated attack in 2019 too it was a politically motivated attack with multiple objectives to be attained – passing the controversial new anti-terror act which is really to subvert opposition, signing MCC which undertakes to do what US wants for a payment of which will be reduced for payments for foreign officials, for US troops to be grounded in Sri Lanka and many more treacheries all of which are being discussed and agreed in secret as per the ‘transparency’ promised in 2015.

Most of the shops destroyed in Minuwangoda were Sinhala Buddhist owned. EKKO clothing shop belonging to a Sinhalese lady was burnt.  If rioters came to attack Muslim shops for Easter Sunday, why attack the wine stores and empty the liquor – liquor is prohibited in Islam. 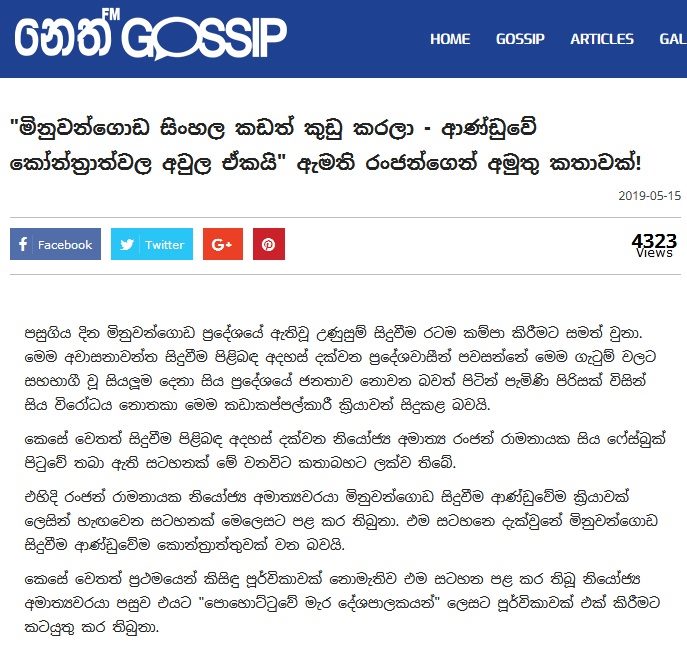 Why are the foreign envoys, foreign media and in particular the UN officials not questioning the government. Clearly this was an organized attack. It was no revenge attack. If it was a revenge attack then Catholics should be attacking the Muslims. How did Buddhists certainly become the culprits? That is because an election is close by and this government needs to divide the Sinhala Buddhist vote base.

In Minuwangoda the attackers arrived around 0730p.m. on 13th May and the army had arrived some 2 hours later. Why did the government not order troops in earlier?

It is totally wrong to claim 13 May 2019 was an anti-Muslim riot, rioters destroyed many Sinhala shops too. This was an organized attack for which the government must be held accountable. Only the Government has served to gain by it. This can be used to fast track many of the Governments hidden agendas all of which does not serve any benefit to the citizens. Since 2015 the country has been going down economically, corruption has been the highest, treacheries galore, state apparatus has been misused and abused more than any time before, spending has been sky high with government lavishly spending on itself, no development work done, weakening national security, vilifying Sri Lanka’s war heroes and intelligence apparatus, releasing LTTE and imprisoning armed forces on trivial charges without filing cases against them. Allowing foreigners free intrusion of internal systems – we don’t know who is entering or leaving the country because every position of importance is either held by incompetent people or people aligned to the enemy!

There is much that Sri Lankans now need to take stock of and realize that we can no longer trust this government with the country or our lives. 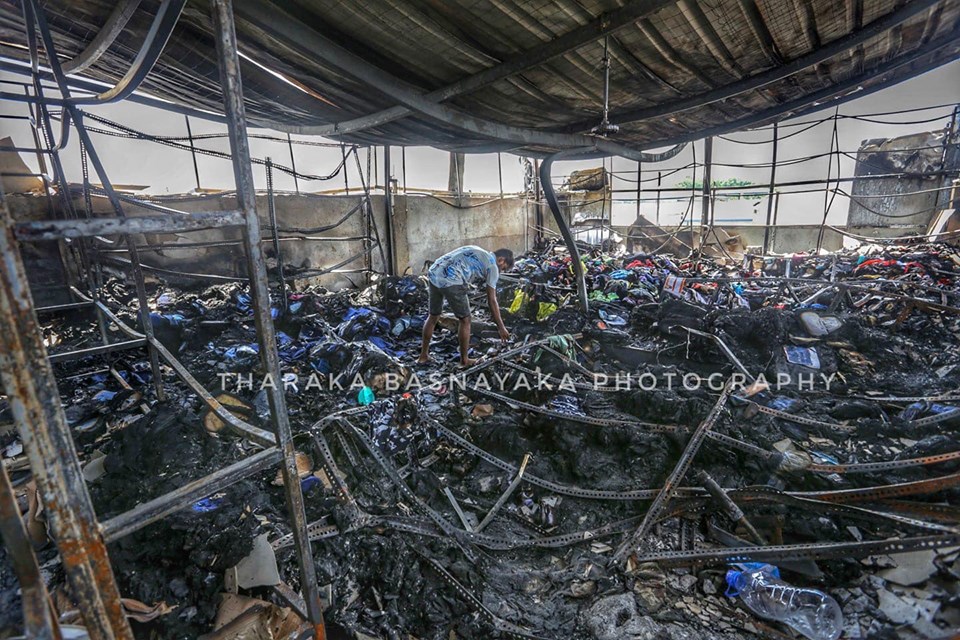 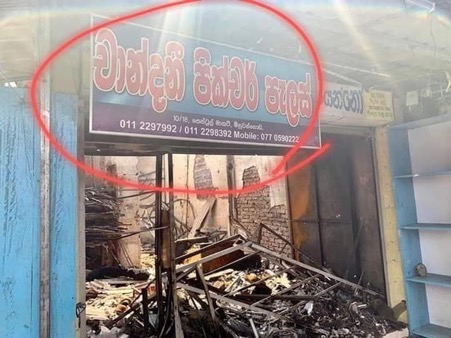 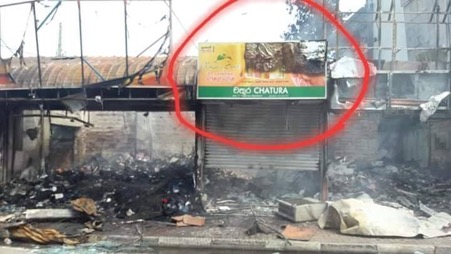 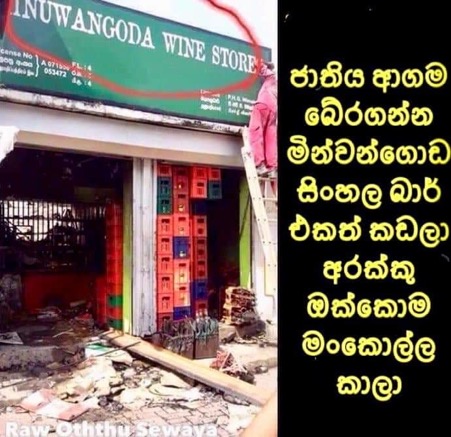 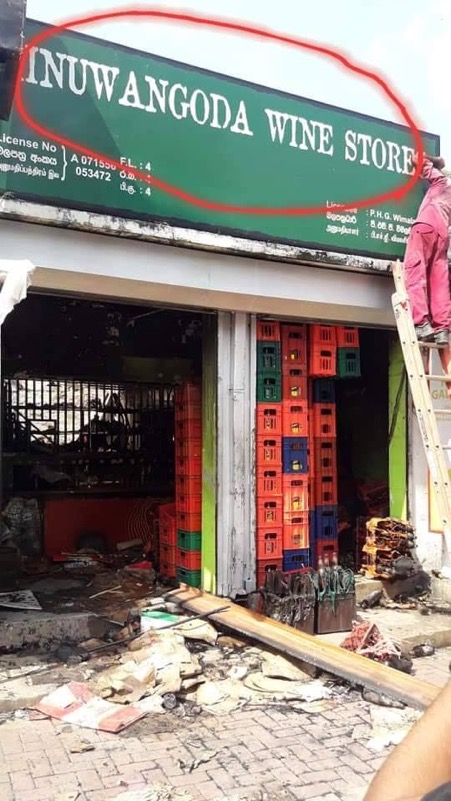 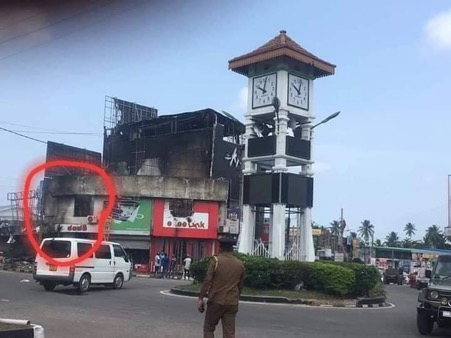 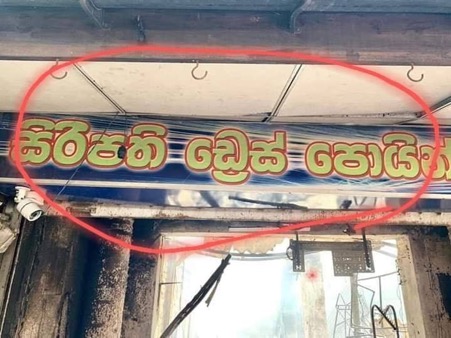